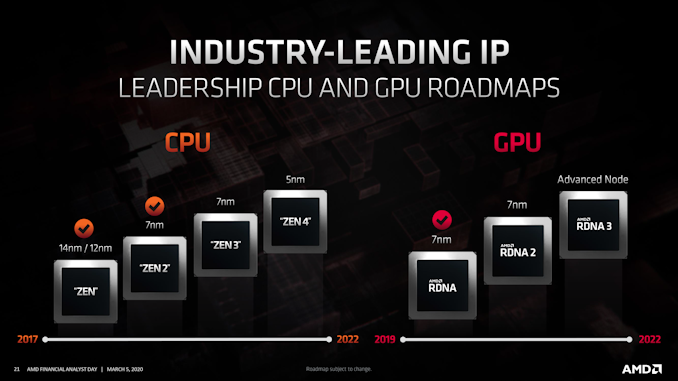 As part of AMD’s quarterly earnings presentation, the company has briefly reiterated its product plans for the second half of the year. The company was slated to launch new CPUs and GPUs for the client and server market later this year, and on today’s call the company has confirmed those plans are on track.

On the client side of affairs, both AMD’s new CPU and GPU are currently set to launch late in 2020. The first GPU based on the company’s RDNA 2 architecture – which is also releasing the new PlayStation 5 and Xbox Series X consoles – will be released. later this year. And AMD is confirming that RDNA2 will eventually be a “complete refresh” of the company’s GPU product stack. Meanwhile the eagerly expected Zen3 architecture is set to make its desktop debut later this year. As always, with events of this type, it is important to note that a commitment to launch a product by a certain date does not guarantee that AMD will be able to retail shelves by that date – although it seems That AMD is definitely going to give it all to avoid disappointing its user base.

Meanwhile on the server side of the cases, the picture is very similar. AMD reports that they are on track to begin shipping Zen 3-based “Milan” EPYC processors in late 2020. Also, AMD’s first CDNA architecture GPU for the data center market is also set to launch later this year.