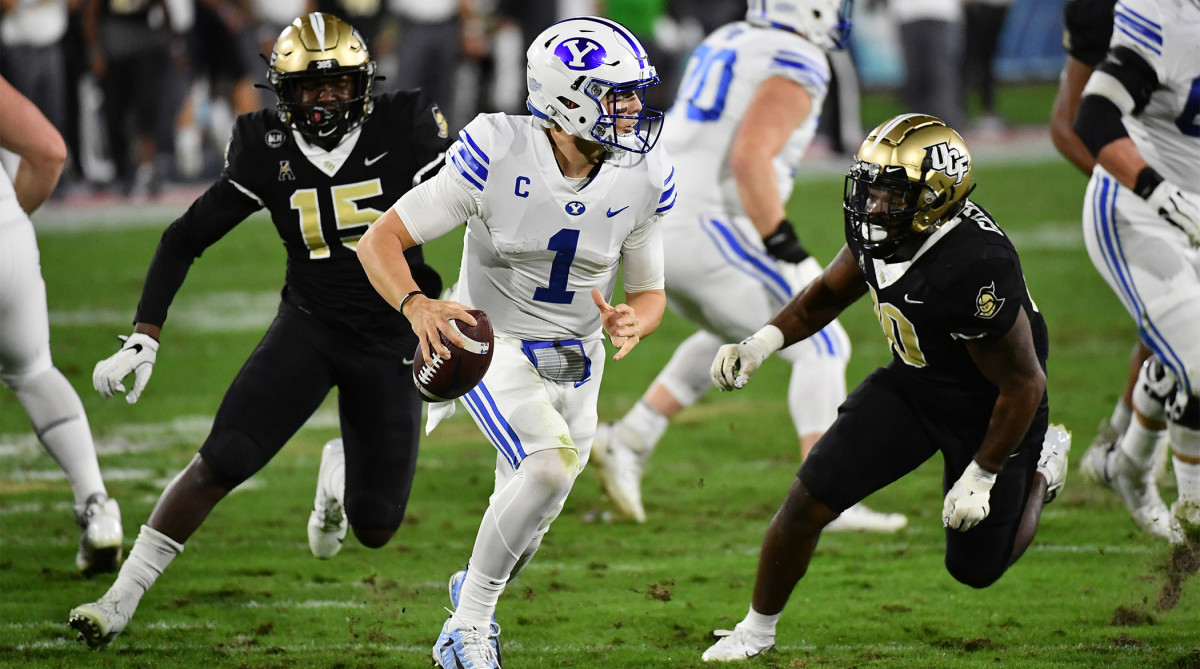 BYU quarterback Zach Wilson, who is widely projected as the second overall pick for next month’s draft, came up to the plate and more than served on his pro day.

Every team in the NFL except the Rams was in attendance in Utah on Friday, and the strength of his arm that triggered his breakout season with the Cougars was on full display.

He threw multiple off-balance passes that went for 50 yards. Not only did he get the attention of several scouts with his performance, but Wilson may have won a fan in Trevor Lawrence.

The Jets have the second pick and The athleticDane Brugler shared a text message from an NFL scout that the draft will start picking at No. 3 because Wilson will be No. 2 overall.

After his training, Wilson spoke briefly on the field with Jets general manager Joe Douglas.

“Great staff. I love those guys,” Wilson said of the Jets, who have interviewed him on Zoom calls. “Joe Douglas is a great guy. It was good to see him here. They have a good thing.”

Nothing is set in stone yet, but could the quarterback head to New York?

This is how Twitter reacted to the 21-year-old’s stellar arm.