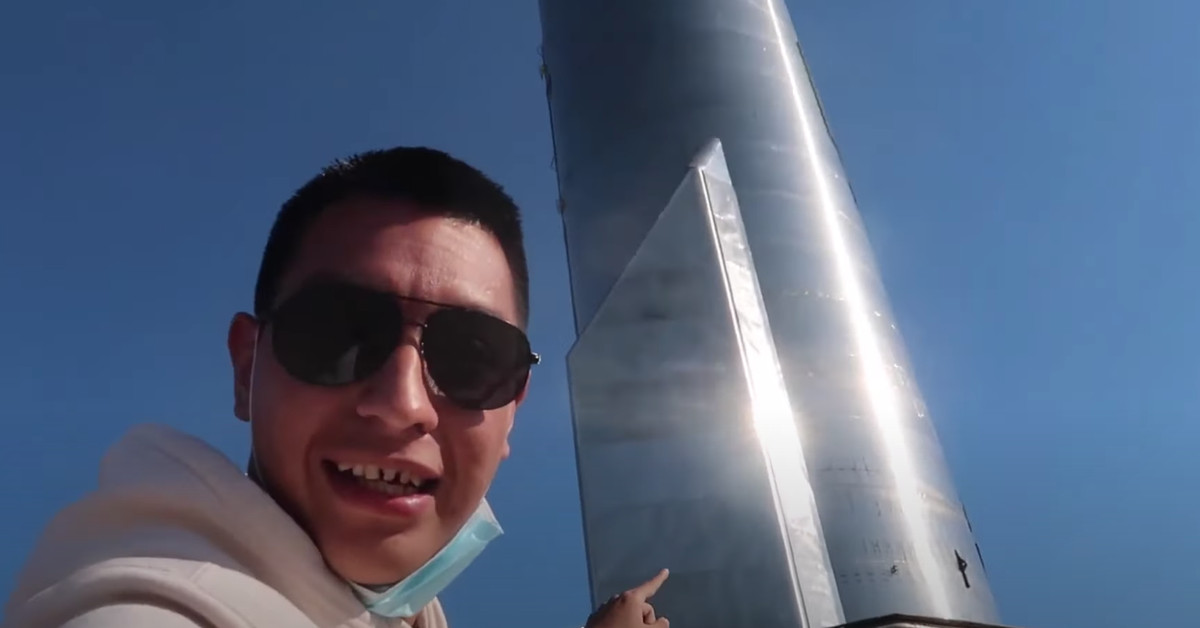 A YouTuber filmed himself entering SpaceX’s Starship rocket facility in South Texas last month, wandering freely around the site. No security prevented him from roaming the underside of SN11, the 16-story-tall rocket prototype that would launch and explode only days later.

The video was posted on a small YouTube channel called Loco VlogS, run by “Caesar.” Caesar did not respond to multiple emails and direct messages requesting comment.

For space enthusiasts, SpaceX’s sprawling rocket campus in Texas, just a few miles north of the Rio Grande, is an enticing open-air rocket museum, housing millions of dollars in technology, some of the which SpaceX has released to the Air Force. and NASA. It doesn’t have the towering walls or advanced security one would expect a company to have to protect hardware from sensitive (and potentially dangerous) rockets.

The development of Starship, the centerpiece of Elon Musk’s goal of transporting humans and cargo to the Moon and Mars, is supported in part by a $ 135 million contract with NASA to help mature its design under the program. of the agency’s Human Lunar Landing system.

Caesar entered the rocket site and apparently moved around SpaceX hardware and equipment with ease, recording close-ups of Starship SN11’s Raptor engines. The video garnered 5 likes and at least 100 dislikes, as well as a number of comments from angry SpaceX fans, before it was removed, according to another YouTube account that archived the video. In a classic YouTube move, Caesar posted an apology video a few days later, on April 1.

“Yes, it was wrong, yes, it was illegal,” he said in the apology video. “But in my eyes, in that moment of the moment, I didn’t really think about that … What went through my mind was, ‘Okay, I’ll never get this chance again.’ So I went for it. And, well, this happened. “

The Federal Aviation Administration, which regulates launches and launch infrastructure for the sake of public safety, said it was aware of the video and brought it to the attention of SpaceX.. “Maintaining the physical security of a launch facility is an important aspect of ensuring public safety,” said a spokesperson. SpaceX did not respond to a request for comment.

The site has had similar security issues before. In 2019, a SpaceX fan was arrested after posting photos of himself near another Starship prototype on social media.