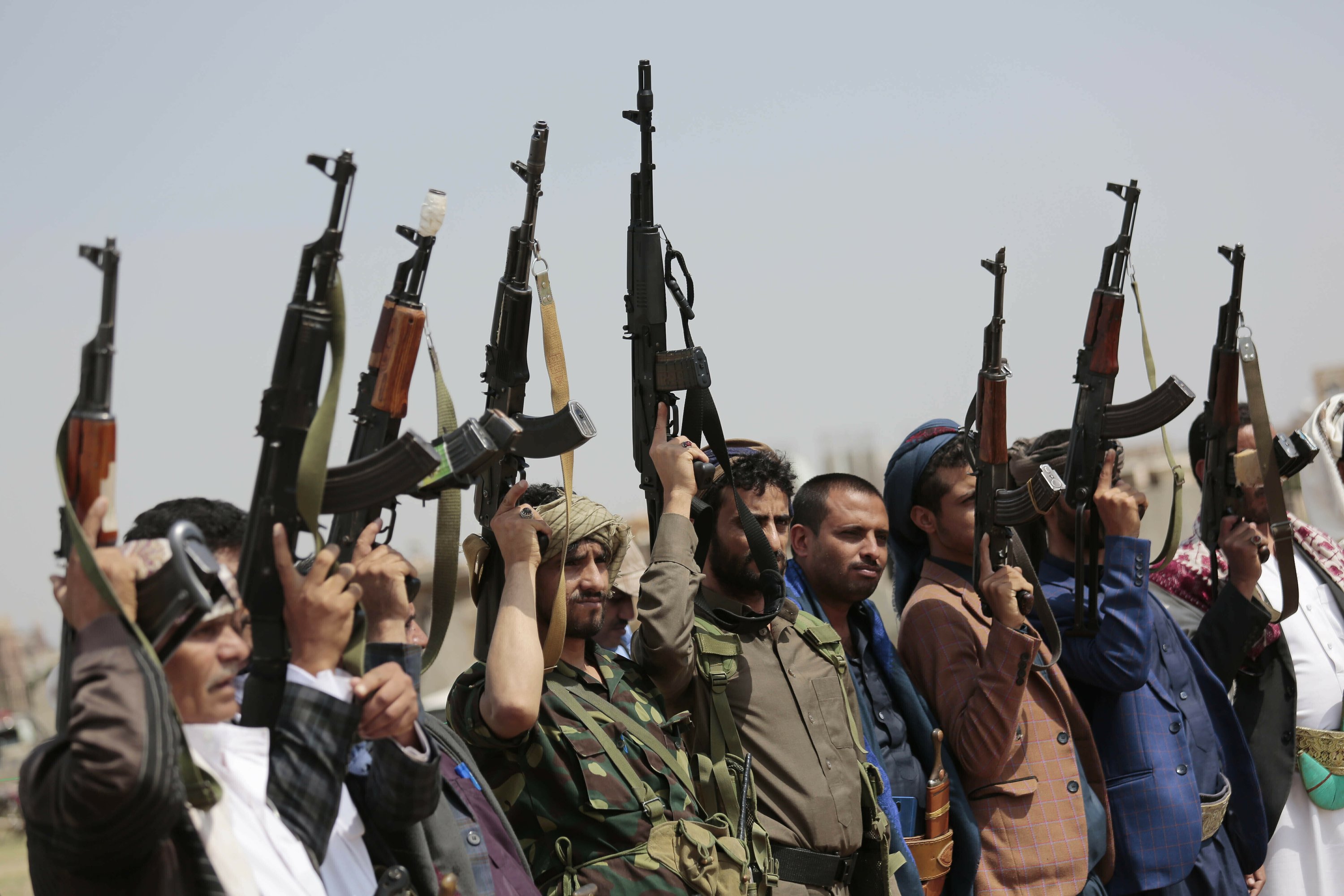 DUBAI, United Arab Emirates (AP) – A fuel tank at an oil facility in Saudi Arabia caught fire after being hit in an attack by Yemen’s Houthi rebels, officials said Friday, an attack that occurred on the sixth anniversary. of the kingdom’s entry into Yemen. years of civil war.

The assault on Jizan, in southwestern Saudi Arabia, near the border with Yemen, occurred during what Saudi defense officials described as a barrage of eight bomb drones dropped by Houthi rebels.

A Houthi military spokesman later claimed a series of attacks on various Saudi military sites and oil facilities, some recognized by the kingdom and some not.

The kingdom has faced an increasing number of such attacks and the pace has not slowed since it offered a ceasefire agreement to the Houthis on Monday.

The attack in Jizan, about 970 kilometers (600 miles) southwest of Riyadh on the Red Sea, hit a distribution facility shortly after 9 p.m. Thursday, the Saudi Arabian Ministry of Energy said in a statement released by the State Saudi Press Agency.

“The attack resulted in a fire in one of the terminal tanks,” the statement said, without giving further details. “The attack left no victims.”

Saudi Arabia did not specifically identify the affected area. However, Jizan is home to a new refinery and port facilities for energy giant Saudi Arabian Oil Co. The refinery, with a capacity of 400,000 barrels per day, sent its first shipment overseas last year. Jizan is also transliterated from Arabic as Jazan by Aramco.

Jizan and its new refinery have long been the target of Yemen’s Houthi rebels in their campaign against the kingdom. However, satellite images of Planet Labs Inc. taken Friday morning and analyzed by The Associated Press did not appear to immediately show any damage at that facility.

In a televised address, Houthi military spokesman Brig. General Yehia Sarie claimed that the rebels attacked various Aramco sites in the cities of Jizan, Ras Tanura, Yanbu and Rabigh with 18 drones and eight ballistic missiles. Sarie also claimed that the rebels launched another salvo of 12 drones and eight ballistic missiles at King Abdulaziz air base in Dammam, as six drones also struck military sites in Asir and Najran provinces.

“The operation has successfully met its objectives,” Sarie said. “We affirm that we are ready to carry out a more severe and cruel military operation in the next period.”

The kingdom did not recognize a wave of attacks on the scale. Claims and counterclaims between the kingdom and the rebels have been common throughout the war.

Benchmark Brent crude rose to more than $ 63 a barrel in early trading on Friday after the attack. Energy prices have risen recently due to rising demand as coronavirus vaccines increase and Egypt’s Suez Canal remains closed due to a huge container ship wedged into the vital waterway..

The Saudi-led coalition entered the Yemen war on March 25, 2015, when the Houthis threatened to take over the Yemeni port city of Aden and completely invade the country’s internationally recognized government. The Saudis promised that the offensive, a brainchild of Crown Prince Mohammed bin Salman, would end in no time.

Six years later, the fight continues. The war has killed about 130,000 people, including more than 13,000 civilians killed in targeted attacks, according to the Armed Conflict Location & Event Project. Tens of thousands of children have died of hunger and disease.

The war has also turned into a regional conflict, with the Saudis using US-made weaponry in internationally criticized airstrikes that kill civilians, and Iran is linked to weapons used by the Houthis to attack the kingdom..

On Monday, Saudi Arabia offered a new ceasefire proposal to the Houthis. He made two concessions to the Houthis in the plan without offering everything the rebels previously wanted. The first involves the reopening of Sanaa International Airport, a vital link for Yemen to the outside world that has not had regular commercial flights since 2015. Officials did not immediately identify which trade routes they wanted to resume.

The second would see taxes, customs and other fees generated by the Hodeida port while the oil import was deposited into a joint account of the Central Bank of Yemen. That account would be accessible to the Houthis and Yemen’s recognized government to pay public officials and fund other programs, the officials said.

The Saudi government and the Yemeni government it backs have accused the Houthis of stealing those funds in the past.

The Houthis did not outright reject the offer, although their officials said they wanted both the Hodeida airport and port to reopen without restrictions. US Secretary of State Antony Blinken praised the arrival of four fuel ships to Hodeida on Thursday in a call with Yemeni Prime Minister Maeen Abdulmalik Saeed as a way to “mitigate the fuel shortage facing the country. and get much needed help to the people of Yemen. ” . “