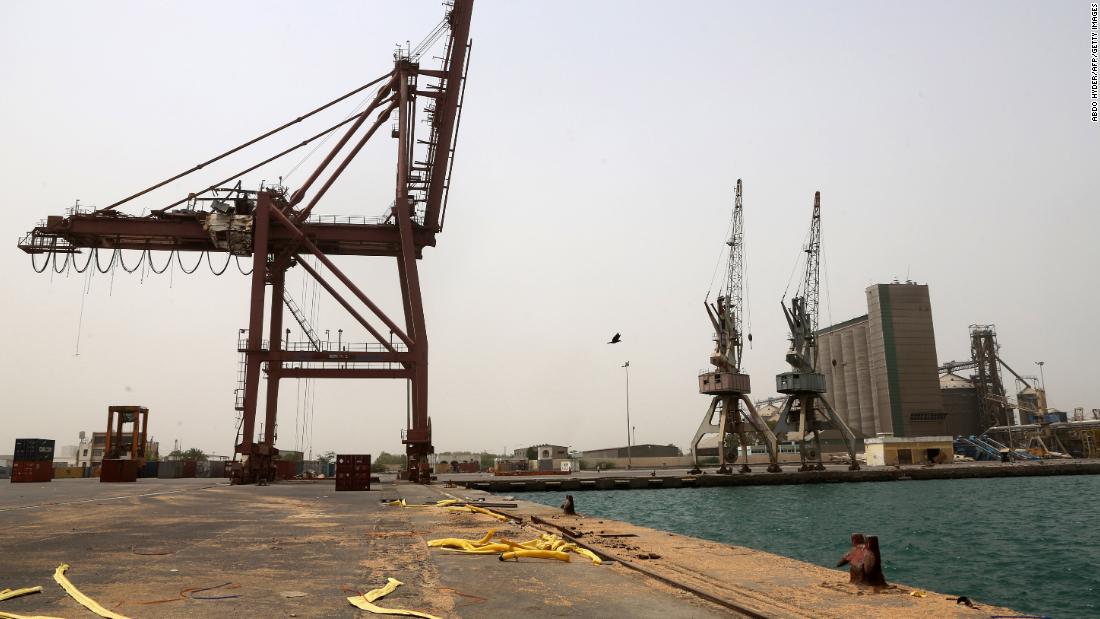 The arrival of the ship, the Gabon-registered Thuruya, follows a UN announcement on Wednesday that Yemen’s internationally recognized government, supported by Saudi Arabia and its military, had agreed to allow four ships carrying fuel to unload at Hodeidah. . It was not clear whether the relaxation was temporary or a permanent change.

A CNN investigation earlier this month revealed that Saudi warships were preventing all tankers from docking at the port, including 14 ships that had obtained approval from a United Nations authorization mechanism to dock. The investigation prompted calls from the UN envoy in Yemen, Martin Griffiths, and the head of the WFP, David Beasley, for Saudi Arabia to lift the blockade and allow fuel to enter the country.

The 14 vessels have been waiting for authorization for months off the Saudi Red Sea port of Jazan. Thuruya was supposed to dock in Hodeidah on November 5, a UN clearance certificate shows, and marine tracking apps confirm that it had been anchored in the Red Sea waiting 141 days until Thursday. The other 10 are still awaiting clearance.

The Saudi-led coalition has imposed a sea and air blockade on northern Yemen for years, where about 80% of the population lives. Aid has been allowed to come through Hodeidah, but not the fuel needed to deliver it.

The port is controlled by the Iranian-backed Anasarullah group, also known as Houthi rebels, but the Yemeni government, backed by Saudi warships, must authorize the docking of the ships.

However, he said Yemen needed much more to get there.

“Our needs are immense and since we did not receive anything during the first quarter of this year, the 29,000 tons of diesel transported by Thuraya will only cover 8% of our public sector needs. They will partially cover our sanitary needs, but everything else. others.; electricity, sanitation, water, etc., they will all keep fighting. This is not close enough, “he told CNN.

“A partial publication will not solve this.”

Saudi Arabia has justified the blockade by accusing the Houthis of diverting taxes from the fuel that reaches Hodeidah to finance their war effort, an accusation also made by the United States and the UN.

On Monday, Saudi Arabia’s top diplomat announced a UN-backed proposal to end the conflict in Yemen, including a ceasefire offer and the lifting of the maritime and air blockade against Iranian-backed Houthi rebels.

Thursday marked six years of war in Yemen, where famine has begun to creep into the north and threatens to devastate the nation if humanitarian agencies are unable to deliver food aid more regularly and more widely than limited funds currently allow. and fuel shortages.

CNN witnessed the impact of fuel shortages on trucks loaded with food, medicine and other basic necessities that were parked on a line that ran for miles near Hodeidah, unable to move without enough fuel.

A humanitarian source in Yemen told CNN that the amount of fuel coming in was far from adequate.

“There are four ships that maybe cover half of the fuel needs for a month. But almost three months have gone without fuel, in addition to six months of irregular supply. You cannot leak fuel.”

Allowing more fuel into the country will help hospitals and households keep their generators running, but none of the four ships authorized to dock carry gasoline, which most Yemenis use for transportation to get to basic goods and services.

Yemenis have had to line up for days regularly this year to buy limited supplies of fuel and often turn to the black market, paying inflated prices to fuel their vehicles.

US State Department spokesman Ned Price welcomed the fact that four fuel ships had been allowed to dock and said the free flow of fuel was critical to support the delivery of aid.

“The fuel must go to Yemeni markets without delay to supply power to hospitals, ensure food delivery and access to water and generally help alleviate the suffering of the Yemeni people,” he said in a statement, saying that it was a “step in the right direction.”

He also called on the Houthi rebels to end their offensive in Marib governorate and agree to a ceasefire.

“We call on all parties to come to the table to negotiate for the good of Yemen and its people,” Price said.