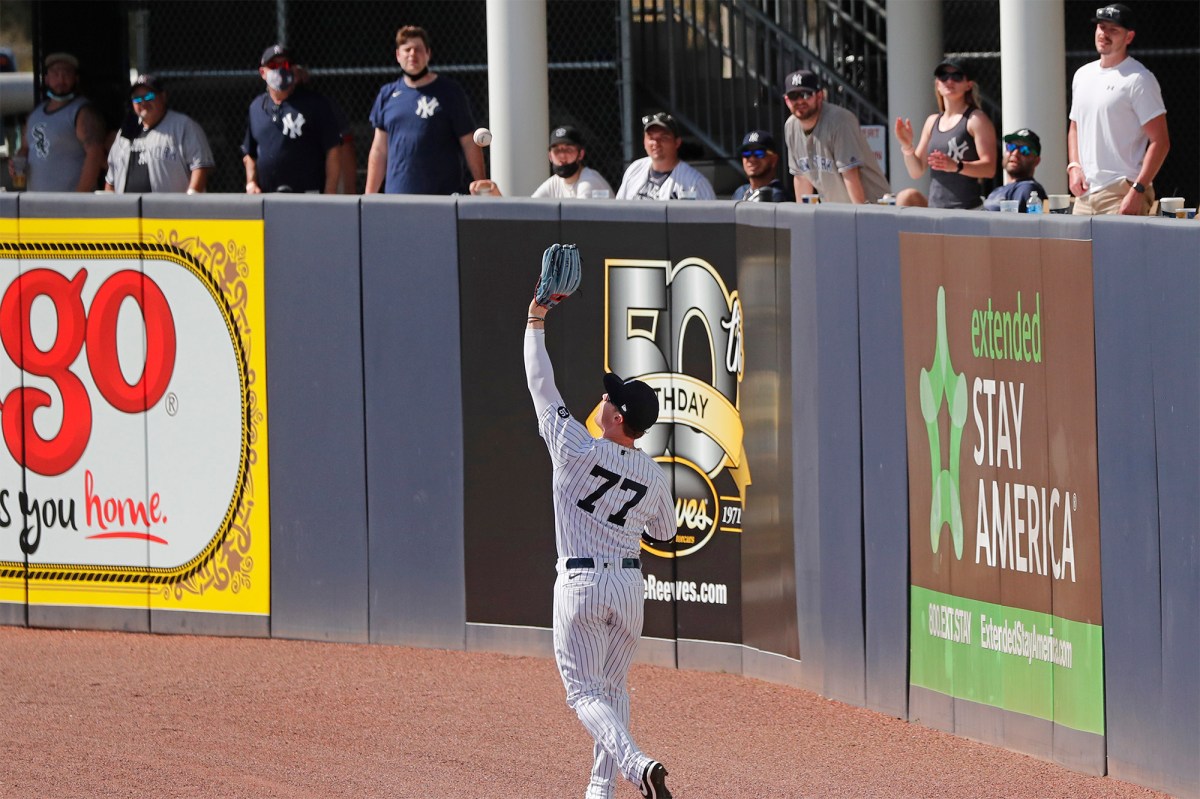 TAMPA – Luke Voit was eliminated from Tuesday’s game against the Tigers in Lakeland, Florida, with what manager Aaron Boone called “a little pain in the knee.”

Boone added that he believed first baseman should be “ready” by Thursday, and was on the field doing defensive drills at first base and hitting in the cage before Wednesday’s game against the Pirates at Steinbrenner Field.

Clint Frazier appears fine after crashing into the left-field wall Tuesday, according to Boone.

Frazier was not scheduled to play Wednesday, and Boone said the outfielder texted him saying he was “feeling strong.”

Frazier stayed in Tuesday’s game for one inning before being eliminated and is expected to be in the lineup Thursday against the Phillies in Clearwater, Florida.

Deivi Garcia is defending a spot in the rotation, and Boone said the team wants to keep him as a starter before using him in the bullpen.

“Deivi is someone we envision as a very good starter in this league,” Boone said. “As an industry, you always want to exhaust someone’s starting opportunity because of value. As much as people talk about devaluing headlines, the reality is that they are more valuable than ever. “

Other young pitchers could head to the bullpen if there is no room in the rotation, with Boone singling out Nick Nelson, who could open when necessary and throw multiple innings from the corral.

“It is fluid, depending on the needs of the team and balancing it with the best way to develop them.”

Estevan Florial finally made it to camp and held a live batting practice on Tuesday. He had been dealing with visa problems. The 23-year-old outfield prospect made his debut for the Yankees last season, appearing in just one game.

The Yankees are splitting the days Gerrit Cole and Jameson Taillon pitch, with Cole starting Thursday against the Phillies and Taillon in line for Friday.