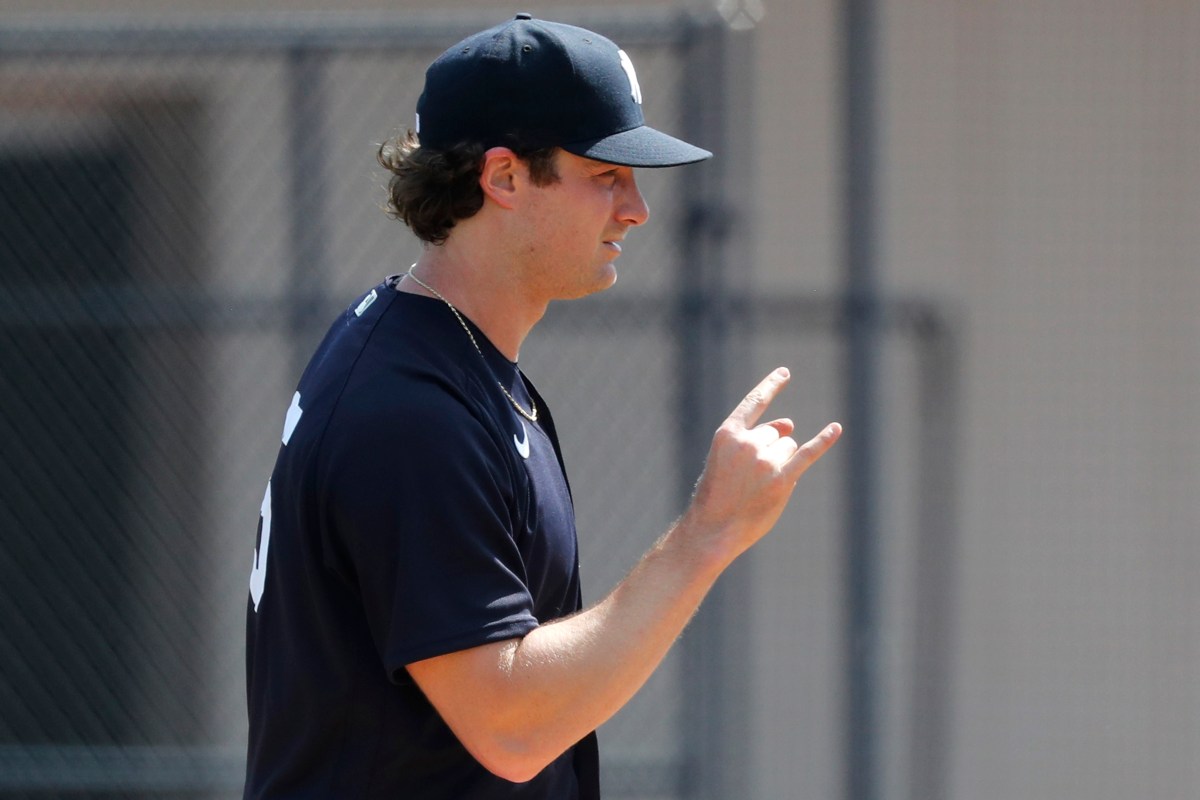 TAMPA – Gerrit Cole said players need to “wake up” and understand how some teams think about players after the admission of former Mariners president and CEO Kevin Mather, Seattle rigged serving time, among other things.

Cole called some of the practices “bad faith” and had no answers on how to solve the problems players see with the current collective agreement, which expires in December.

“If you start playing with the beginning of the bell curve [of a players’ career]So you maximize what it is and you just do it strictly to be more efficient in the business, that’s frustrating, ”Cole said Tuesday. “I don’t have an answer on how to fix it. I think it’s in bad faith. “

And any doubts the players or the Players Association might have had were erased by Mather’s incredible comments in a virtual discussion with the Bellevue Breakfast Rotary Club earlier this month that went public Monday.

“I think every player should wake up and read the news about the Mariners guy,” said Cole, who is on the MLBPA executive subcommittee. “These conversations are taking place in many clubs, unfortunately. That’s what a lot of clubs are doing. I don’t know if a rule will fix that. Someone will find a way around that. “

The result is that young players are forced to stay in the minors longer than they should, as Mather said the Mariners would not promote former Mets prospect Jarred Kelenic to the majors to start the season, which would kick off his clock towards refereeing and free agency.

“It’s happening with a lot of clubs and it’s not productive for anyone,” Cole said. “They are not putting the best players on the field for people to see. This guy is talking about players who make him win money. The product is the people he talks bad about. “

Cole said of the situation: “He’s tired. I think the players have overcome it. If you haven’t woken up to that kind of behavior, that’s what happens. I do not know how to fix it. I just know I don’t like it. “

His problems didn’t stop there. Cole also said he hasn’t been able to see if the balls that will be used this season will be different than in previous years after the league said it would try to make them less bouncy.

“I’ve been trying to get my hands on my balls here [in camp] and no one can tell me if we are using balls from this year or last year, ” Cole said. “I am happy that he admitted that there have been some tweaks. Every player has known him for the last three or four years, at least. It’s another look behind the curtain at the Wizard of Oz, smoke and mirrors. Let’s be a little more honest about that kind of thing. “