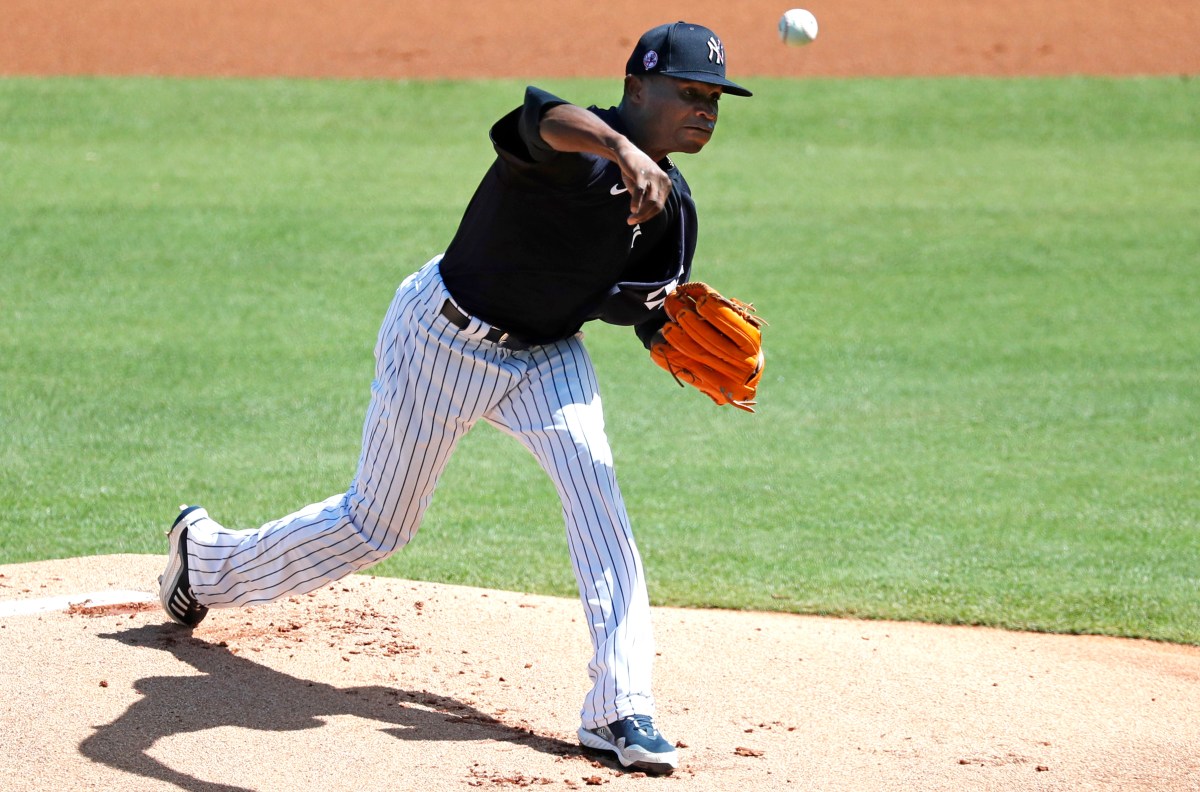 TAMPA – If there was any question as to why the Yankees kept Domingo German close after he served his MLB suspension, he showed again Wednesday what the team still sees in the right-hander.

German was excellent in his second outing of the spring, pitching three scoreless innings and striking out three in a 6-5 win over the Pirates at Steinbrenner Field.

“He’s looking for the role,” manager Aaron Boone said of the right-hander, who is trying to earn a spot in the rotation. “We are very excited about where he is at.”

“I think these were the two perfect outings for me,” German said through an interpreter. “I haven’t faced major league hitters for a long time, so I want to attack the zone and have been able to do it.”

German only needed 31 pitches to get over his exit, a day after Deivi Garcia also impressed in his second spring start.

But he said he is not thinking about the competition: “For me, [my focus] it’s just doing my job and letting the main office decide. “

The Yankees first saw their high-leverage relief pitchers on Wednesday, and the results were mostly encouraging.

From Aroldis Chapman showing off his new splitter, to Darren O’Day fooling hitters with his pitch, to Chad Green striking out sideways in his only inning, the trio looked as good as advertised.

The exception was Justin Wilson, who allowed two home runs and couldn’t get out of the sixth inning.

Chapman entered the upper 90s pitching and broke the splitter he developed last season, throwing an especially effective one at Wilmer Difo. O’Day followed up with his tough delivery, and a mid-’80s fastball, in fifth.

“Everybody has a different virtue,” Chapman said through an interpreter when asked about O’Day. “He has found a way to be effective and at the end of the day he finds a way to get the guys out, like me. We, as players, are all different. The bottom line is to get the job done. “