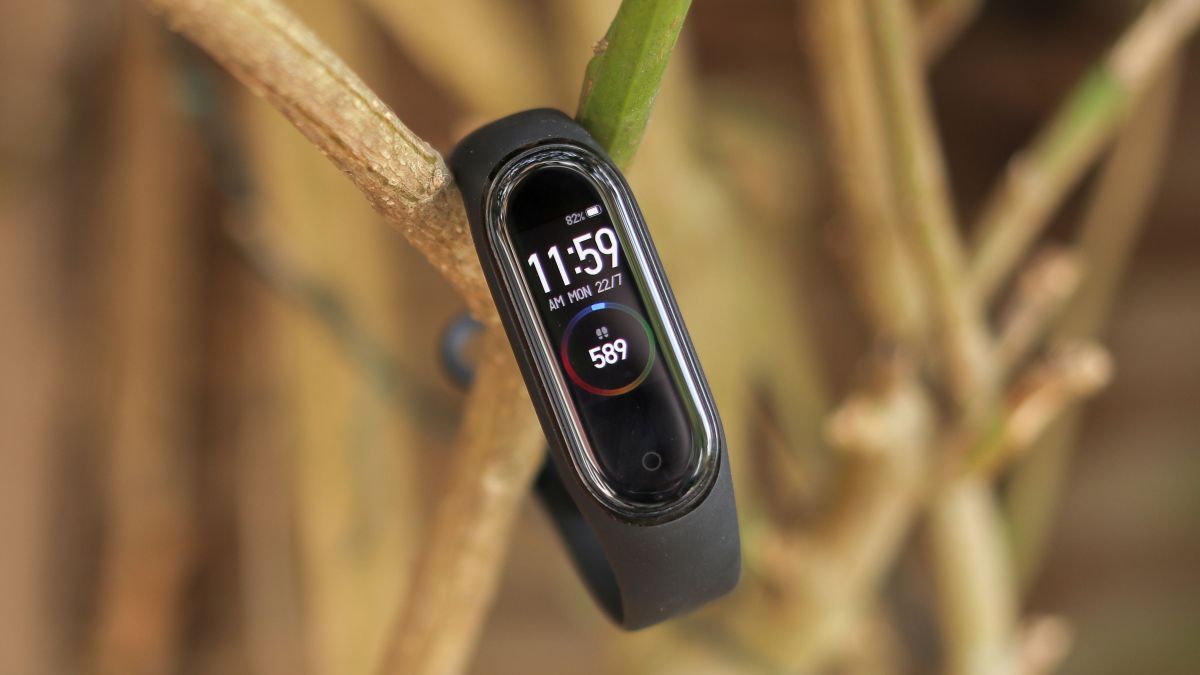 For less than the price of two movie tickets, a couple of tubs of popcorn and two supersized sodas, you could be getting active with a color display, heart rate monitor and a connected GPS. The band even packs swim tracking, and unlike its predecessor, its screen is easy to see indoors, and out.

The body of the band is no more imposing, fitting in Mi Band 3 straps, and it's also no less user-friendly, with a simple menu system.

What the update does bring, however, is a bigger, flat screen for less fiddly swiping, and a slightly larger capacity battery, so the extra color and brightness don't result in worse battery life – impressive, given the 21 days quoted on a single charge

There's also a more expensive version available in China, but the only extra feature it packs is NFC, and that’s loaded up to enable payment services that aren't supported in the US or UK.

The Xiaomi Mi Band 4's design is clean, simple and looks nothing short of run-of-the-mill until the display is fired up in its full-color glory.

The tracker is light on the wrist at 21g, so, by comparison to a smartwatch like the Amazfit Verge or the Samsung Galaxy Watch Active, we didn't even notice we were wearing it.

The front of the Mi Band 4's core unit is the touch screen as well as a capacitive button below it. Interaction across these elements is a combination of swipes and taps. Its undercarriage is where the heart rate monitor sits, alongside a pogo pin connector for charging.

As for the strap, the simple buckle system is secure, comfortable, and is made from thermoplastic polyurethane. Available in black, it might not seem like a party on your wrist, but a range of styles and colors can be picked up if you shop around for old Mi Band 3 straps (they play nicely with the Mi Band 4).

The screen on the Mi Band 4 is bigger than that of the Mi Band 3, measuring 0.95 inches. It's also higher resolution, and interaction is better this time around too, with less missed taps and swipes.

Viewability is also significantly better thanks to the fact brightness climbs up to 400 nits. This means that indoors or out, it's easy to see, and when combined with smart gestures to wake it up with a wrist twist, it's the first Mi Band device to feel like it could be a smartwatch replacement.

You can take the Xiaomi Mi Band 4 swimming or into the shower too as it's also waterproof up to 50 meters, just like the Mi Band 3.