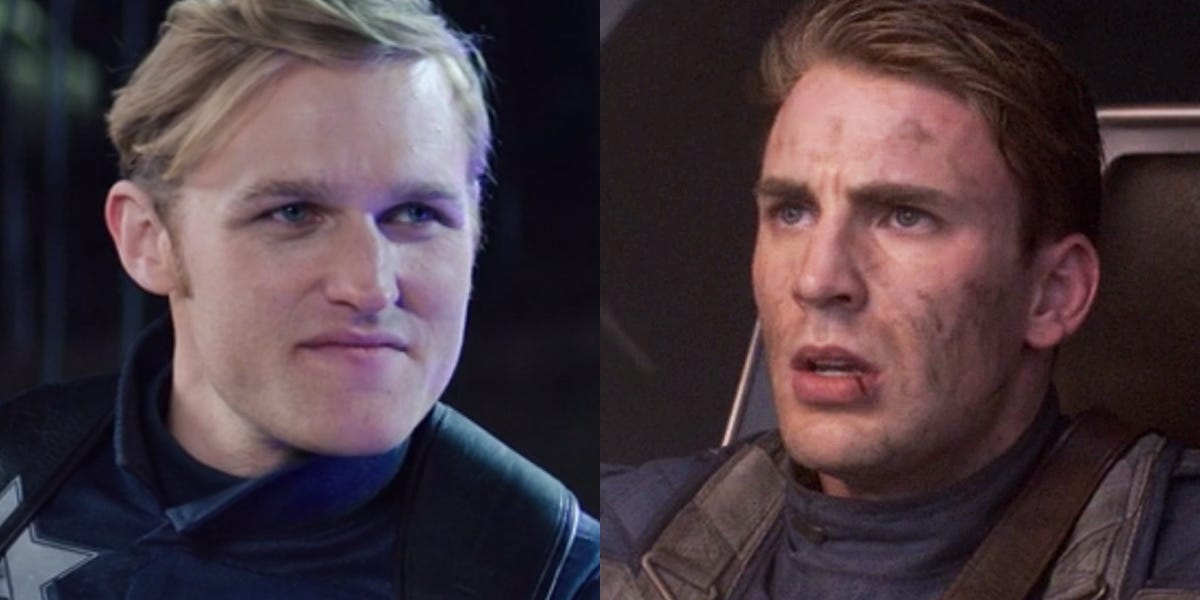 Wyatt Russell currently plays the “new Captain America” ​​in the latest Marvel series “The Falcon and the Winter Soldier,” but he actually auditioned for the role of Chris Evans more than a decade ago.

“It’s a funny story,” Russell said of auditioning for Captain America / Steve Rogers during an interview on ABC’s “Good Morning America” ​​on Friday.

The 34-year-old actor, the son of Kurt Russell and Goldie Hawn, said it was his first audition. Before that, he had an uncredited role in his father’s 1996 film “Escape from LA.” He also played a younger version of his father’s character in real life in the 1998 film “Soldier.”

“I honestly think the first audition was actually more of a read to see if he was good at acting or not,” Russell said. “I don’t think he ever competed for the role.”

Instead, the iconic superhero part went to Evans. The actor said in 2019 that he turned down the role twice, but accepted after talking to a few people, including future co-star Robert Downey Jr.

Evans made his debut as a comic book character in 2011’s “Captain America: The First Avenger” and reprized the role in two independent sequels.

Evans’ character passed the shield to Sam Wilson / Falcon (Anthony Mackie) in “Endgame” and appeared to have concluded his run in the Marvel Cinematic Universe. But in January 2021, Deadline reported that he will return as Cap in some way. Evans and Marvel Studios president Kevin Feige denied the report.

For now, the MCU has a new Cap in the form of Russell’s “TFATWS” character, John Walker.

During his virtual appearance on GMA, Russell said he didn’t know who he was auditioning for when he read for “TFATWS.”

“This time I had no idea what it was,” said the actor. “It was just, ‘Marvel wants you to read something, do it,’ and I found out what it was after I got the part.”

John was featured at the end of the series premiere, which was released on Disney Plus on March 19. The second episode (released on Friday) revealed more about the character and set the stage for the tension between him and the show’s main characters.

Russell described the contrast between his character and the role of Evans during an interview with Entertainment Weekly, saying, “They are both soldiers from different eras, and John’s era is very different from Steve’s era.”

“TFATWS” lead writer Malcolm Spellman told Entertainment Tonight that on the show, John is “very different” from his comic book counterpart. Spellman also said they made the character “more heroic and fair” to fit into the show’s narrative.

“It’s going to have a huge impact on the MCU,” he said.