Wounded Cox & Proud & # 39; after Baylor stays for the title 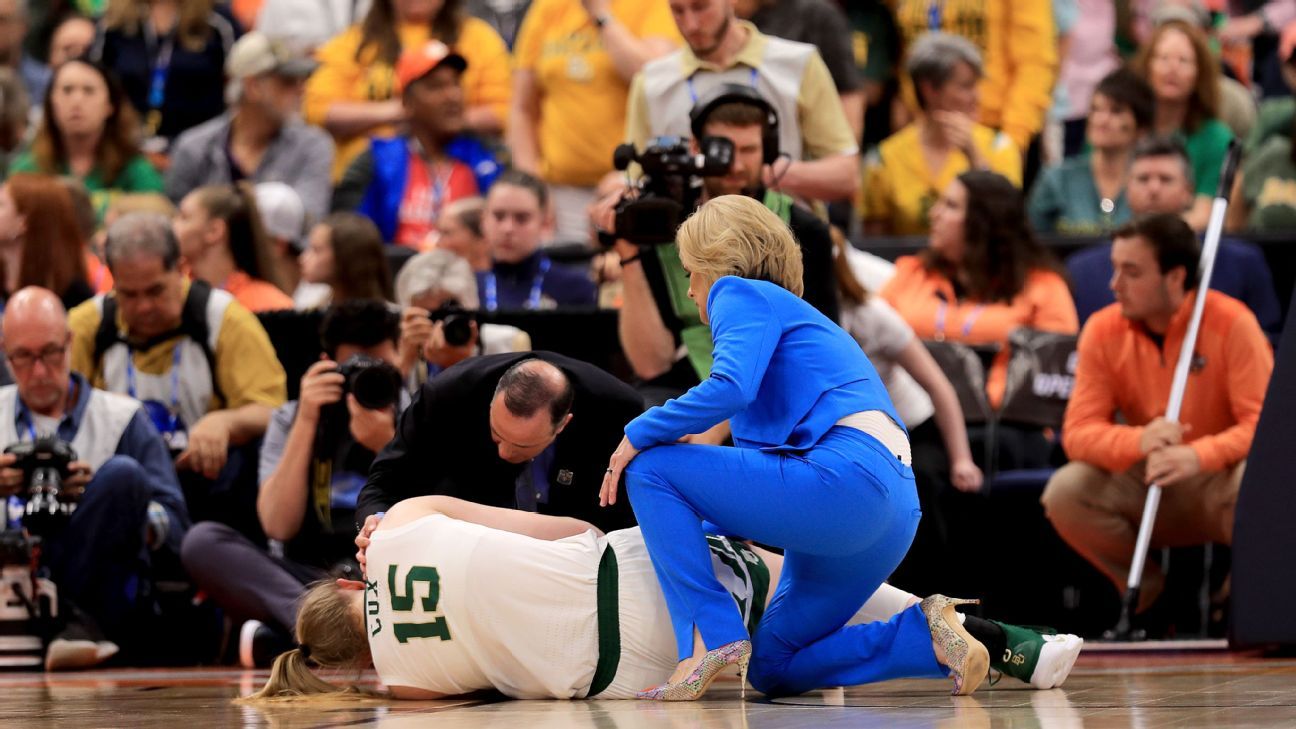 TAMPA, Florida. – Baylor junior forward Lauren Cox injured her left leg in the third quarter of the women's national basketball championship game with Notre Dame and had to leave the court in a wheelchair. But despite the return of the Irish with Cox, the Lady Bears won 82-81 for the third Baylor title in the NCAA.

"They told me they were going to do this for me," Cox said of what his teammates told him when he returned to the bank in the fourth quarter. "I am very proud of this team and the people who showed up tonight, we are returning this championship to Waco."

Cox returned to Baylor's bench with crutches with a knee brace with 4:55 left in the game and the score tied 74-74. She had to watch the rest of the way, but her companions made sure she celebrated.

Baylor coach Kim Mulkey was excited during the trophy presentation and was asked to describe the rollercoaster of emotions he experienced on Sunday.

"I think you described it because of the tears I'm shedding right now, it's pretty simple, I just hate to see young people get injured, it seems like we had serious injuries at the end of the season." Kristy Wallace last year, Lauren Cox in the middle of a national championship game, how do we win that without that child? I have no idea, but I'm going to tell you this, all the merit goes to those kids right there, they never stop playing hard. " she said.

When the severity of his injury was asked after the game, Cox told ESPN's Holly Rowe that she was not sure.

Cox had 21 points, 11 rebounds and seven badists in Baylor's 72-67 semifinal win over Oregon on Friday.