Worrying about his failures will give Beverley a whiplash.

April 25, 2019 Sports Comments Off on Worrying about his failures will give Beverley a whiplash. 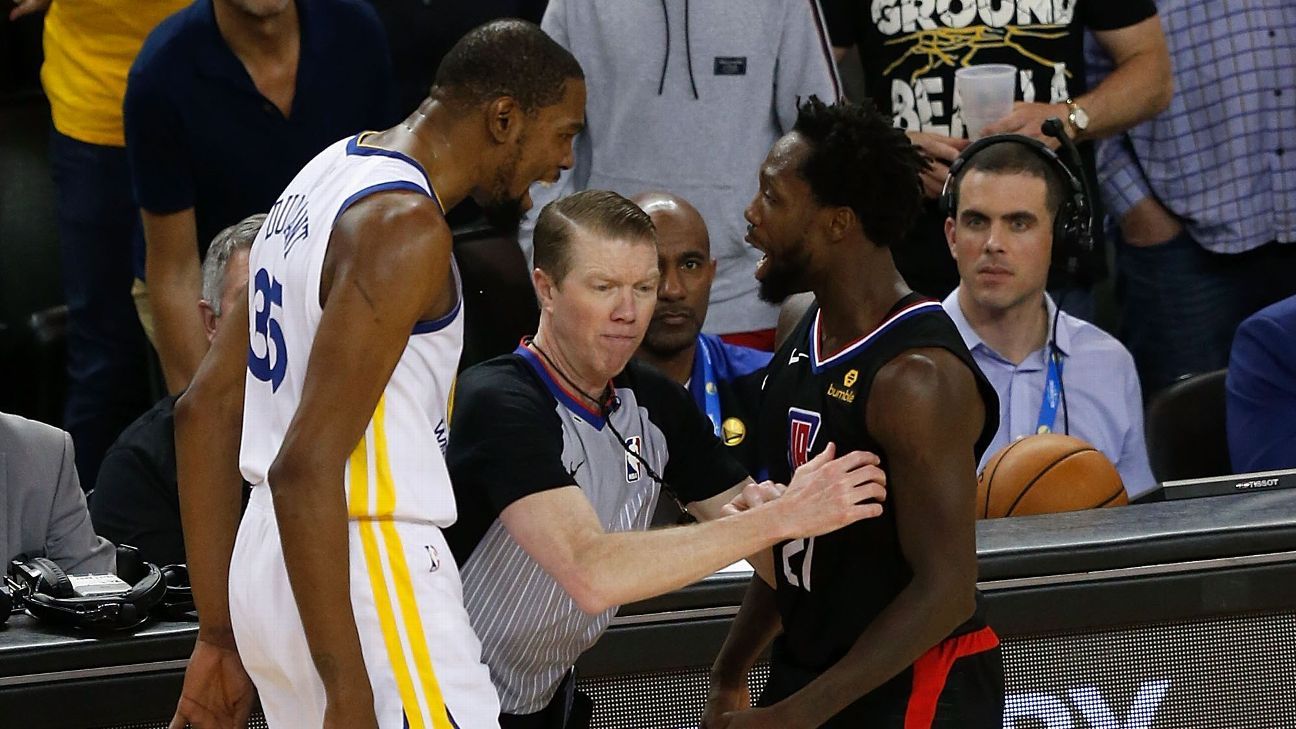 Patrick Beverley continued to play the role of the Clippers in his first-round series against the Warriors on Wednesday night.

Golden State coach Steve Kerr, who had one day to reflect, compared him to facing one of the greatest heavyweight champions of all time, saying that Beverley's head recoils as if he had been hit by Mike Tyson.

Kerr, asked about a sequence in which Draymond Green received a technical foul in the 129-121 loss on Wednesday night, said Beverley had tricked the referee into making a bad play.

"I did not think it was a good decision," Kerr said. "You know Beverley is going to fail, and Draymond turned around, it looked like Tyson had punched him in the face."

With 10:53 to play in the third quarter and the Warriors losing by 11, Green was sanctioned for an offensive foul on Beverley. Green then discussed with referee Marc Davis and was considered a technical foul. Kerr said he believed that Green had been applauding and trying to get the Oracle Arena crowd more into the game when they called him by the coach.

"Beverley is good at that," Kerr said. "His head literally retracts, I'm afraid he's going to bad some of these failures, but he's good at that, and the referees are often partial to the little guy down there.

"I did not like that particular call," Kerr said of the offensive foul. "I know that Draymond does not, hence the technical thing – there's no doubt that Draymond was trying to cheer up the crowd."

After the loss, which left the Warriors with a 3-2 lead in the series, Green was offended when asked why he was more "nervous" than usual.

"Was I nervous? Was I nervous?" He said green "I have a technician, do you think I do not give a damn about getting a technician? Do you consider that nervous? You should have observed some of my past times if you want to see him nervous."

On Thursday, Green was not responding to the media, or rather, he was not worried if Kerr could be in his session with the reporters.

With the music playing at full volume during filming while Green practiced his external shot, Kerr had trouble listening to the reporters' questions and twice asked to turn down the volume.

Your request was denied on both occasions.

When jokingly asked who was in charge, Kerr replied: "Not me, obviously."

But Kerr said he will not hesitate to take charge when the Warriors try to close the Clippers in Game 6 on Friday in Los Angeles. Andre Iguodala could replace Andrew Bogut as a starter in a return to the "death lineup" for the Warriors, Kerr said.

"There's no question that I have to consider all our options in terms of rotations," Kerr said, "and who is playing with whom and for how long, all those things, that's our job."