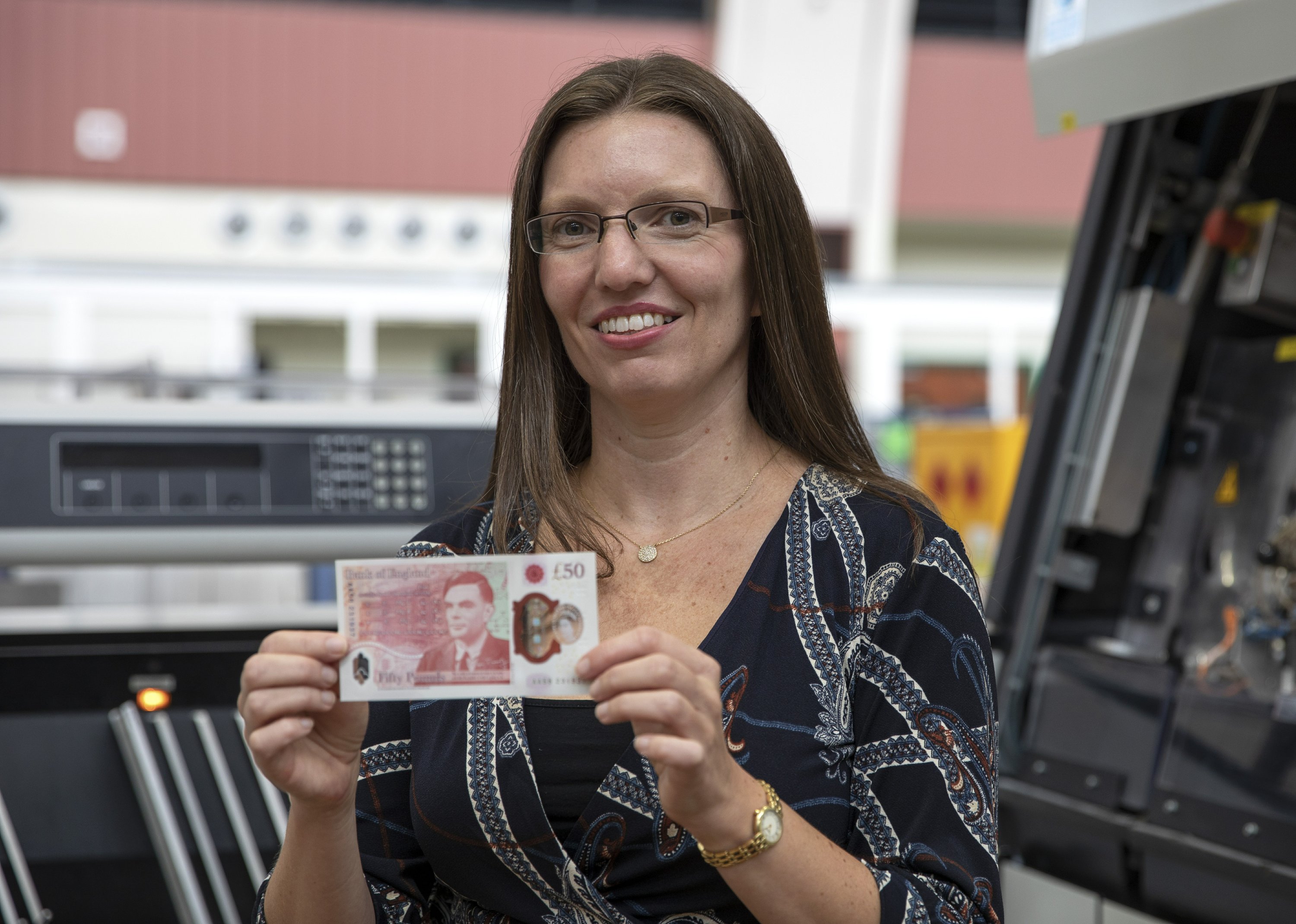 LONDON (AP) – The rainbow flag flies proudly over the Bank of England in the heart of London’s financial district Thursday to commemorate World War II codebreaker Alan Turing, the new face of the British £ 50 note. .

The banknote design was unveiled before it was formally issued to the public on June 23, Turing’s birthday. The 50-pound note is the most valuable denomination in circulation, but it is little used during daily transactions, especially during the coronavirus pandemic, as digital exchanges increasingly replace the use of cash.

The new note, which is loaded with high-level security features, completes the bank’s adjustment of its stable of paper coins in recent years. Turing’s image joins Winston Churchill on the £ 5 note, novelist Jane Austen on the £ 10 note, and artist JMW Turner on the £ 20 note. All banknotes are made of polymer rather than paper, which means they should last longer and stay in better condition through use.

The new banknote incorporates two windows and a two-color foil that, according to the designers, will make counterfeiting difficult. There is also a hologram image that switches between the words “Fifty” and “Pounds” when the bill is tilted side to side, as well as an embedded microchip to pay tribute to Turing’s role in the birth of computers.

Turing was selected as the new face of the £ 50 note in 2019 following a public nomination process, in recognition of his pivotal role in breaking the Enigma code of Nazi Germany during World War II. The code was believed to be unbreakable as the encryption was continually changing. Historians say that cracking the code may have helped shorten the war by at least two years, potentially saving millions of lives.

The roughly 250,000 votes that supported Turing’s nomination also represented an acknowledgment of the discrimination he faced as a gay man after the war.

During World War II, Turing worked at the secret code-breaking center in Bletchley Park, where he helped crack the Enigma by creating the “Turing bombe,” a precursor to modern computers. He also developed the “Turing Test” to measure artificial intelligence.

After the war, he was prosecuted for his relationship with a man in Manchester and given a choice between imprisonment and probation on the condition that he undergo female hormone treatment, which at the time was used as a form of chemical castration.

His conviction led to the removal of his security clearance and meant that he could no longer work for the Government Communications Headquarters (GCHQ). He died at age 41 in 1954 after eating an apple laced with cyanide.

Actor and author Stephen Fry said Turing’s choice to appear on the £ 50 note marks another step in the nation’s recognition of “this great man”, whose “talents spread far and wide.”

In a YouTube video posted by the Bank of England, Fry laid out the levels of discrimination and “barbarous punishments” gay men faced in the years after World War II.

“Alan Turing was among the thousands of men who were harassed and harassed by the authorities,” he said.

“Not only because of the hostile attitude towards their sexuality, but also because of the intolerant belief that there was a link between homosexuality and communism,” added Fry.

As part of the new banknote design, the bank collaborated with UK security and intelligence agency GCHQ to create The Turing Challenge., a set of 12 puzzles

GCHQ said the full challenge could take an experienced puzzle seven hours to complete and may even have left Turing “scratching his head, although we highly doubt that.”

Turing’s great-nephew, James Turing, who runs the Turing Trust restoring UK computers for use in African schools, told BBC radio that the puzzle is “a wonderful recognition and a bit reminiscent of the famous crossword they used to recruit in Bletchley Park back in the day.”