South Africa is in pole position to host the 2023 Rugby World Cup after being recommended by the game’s governing body, ahead of bids put forward by both Ireland and France.

World Rugby have decided that South Africa will receive their recommendation following a rigorous observation period, and while a final decision will not be approved by the World Rugby Council until 15 November, it is a major step towards the African nation hosting the global tournament for the second time.

Ireland, who were initial favourites to host the tournament, are understood to have finished last in World Rugby’s recommendation.

“The Board made its recommendation following detailed consideration of the comprehensive host candidate evaluation report. In line with World Rugby’s mission to deliver a ground-breaking, rigorous and fully transparent host selection process for its showcase event, the report is being published today as agreed by Council.”

As part of the process, World Rugby considered venues and infrastructure, public and private sector guarantees, financing, audience engagement, political and financial stability and a climate that will suit staging the tournament “in a geography that allows a maximum fan mobility”.

South Africa famously held the 1995 Rugby World Cup, which came at a time where apartheid was still very much the major talking point in the country. However, the sight of then-president Nelson Mandela handing the Webb Ellis Cup to the Springboks’ captain, Francois Pienaar, following the final victory over New Zealand has remained one of the most iconic images in world sport, and after putting forward a fresh bid to host the tournament in six years’ time, they look to have stolen a march over the French and Irish bids.

The reports will come as a major blow to Irish hopes given that the Emerald remained the bookmakers’ favourite to host the tournament as recently as this morning. Ireland’s bid was fronted by leading rugby names such as Brian O’Driscoll, while celebrities such as Bono of U2, Bob Geldof and actor Liam Neeson were all part of the official bid.

It will also be poorly received in France, whose bid depended heavily on the fact that they would be able to generate the largest financial return on a World Cup as well as being the nations with the infrastructure already in place to host the tournament again, having staged the 2007 edition as well as hosting last year’s Uefa European Championships. Ireland, on the other hand, have never solely held the World Cup, while it has been 22 years since the tournament visited the ‘Rainbow Nation’ of South Africa.

While the recommendation is not the complete end to Ireland and France’s hopes of staging the tournament, it is unlikely that World Rugby’s decision will go unnoticed by the Council which will now vote on the different options ahead of the full announcement in two weeks’ time.

The verdict will be heavily influenced by the Six Nations and SANZAR unions, although the bidding nations are not allowed to vote, meaning that Argentina, Australia, England, Italy, New Zealand, Scotland and Wales all have three votes each. 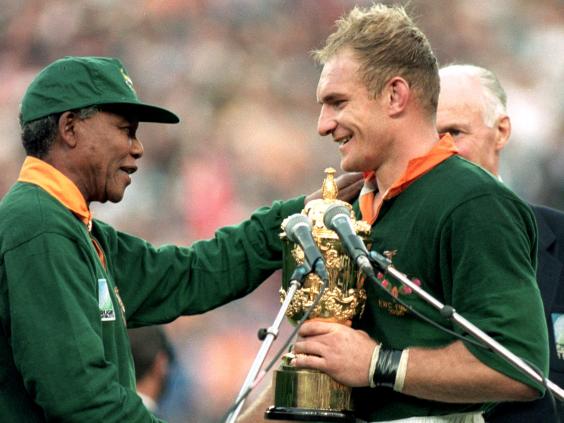 The six regional badociations in Africa, Asia, Europe, North America, Oceania and South America plus Japan all have two votes each, while Canada, Georgia, Romania and the United States of America have a vote each, making a total of 39 votes. Any bid that crosses the 20-vote mark will be awarded the 2023 World Cup.

The Rugby Football Union has not yet indicated who they will support in the vote, with recently-appointed chief executive Steve Brown confirming last week that they will await World Rugby’s recommendation before deciding who to throw their weight behind. 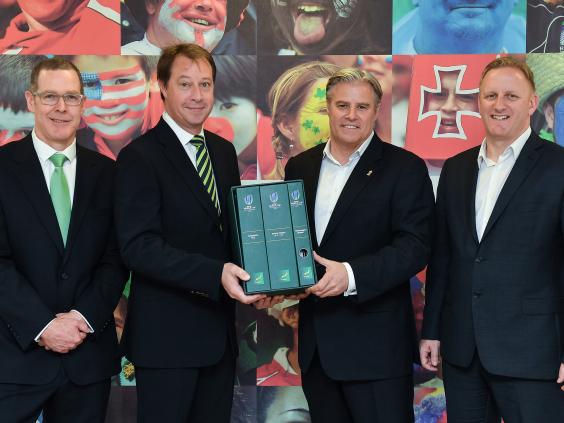 World Rugby have redressed the recommendation process following allegations of favouritism and votes being given based on political relationships rather than genuine suitability to host the World Cup, and chairman Bill Beaumont confirmed that South Africa is viewed as the “clear leader” in the 2023 process. 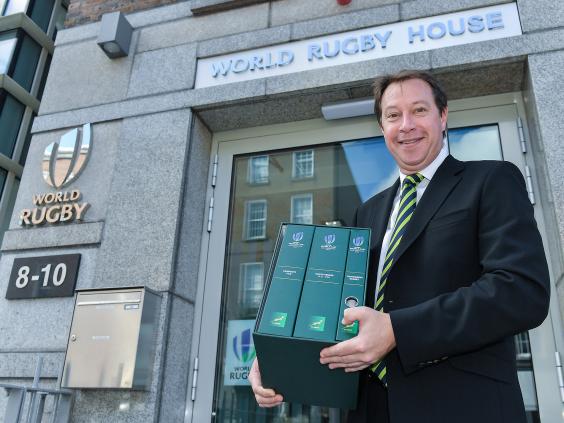 “The comprehensive and independently scrutinised evaluation reaffirmed that we have three exceptional bids but it also identified South Africa as a clear leader based on performance against the key criteria, which is supported by the Board in the recommendation.

“I would like to congratulate South Africa on a superb bid and all the bid teams for their dedication and professionalism throughout the process to date. Our colleagues on the World Rugby Council will now meet on 15 November in London to consider the Board’s recommendation and vote to decide the host of Rugby World Cup 2023.”