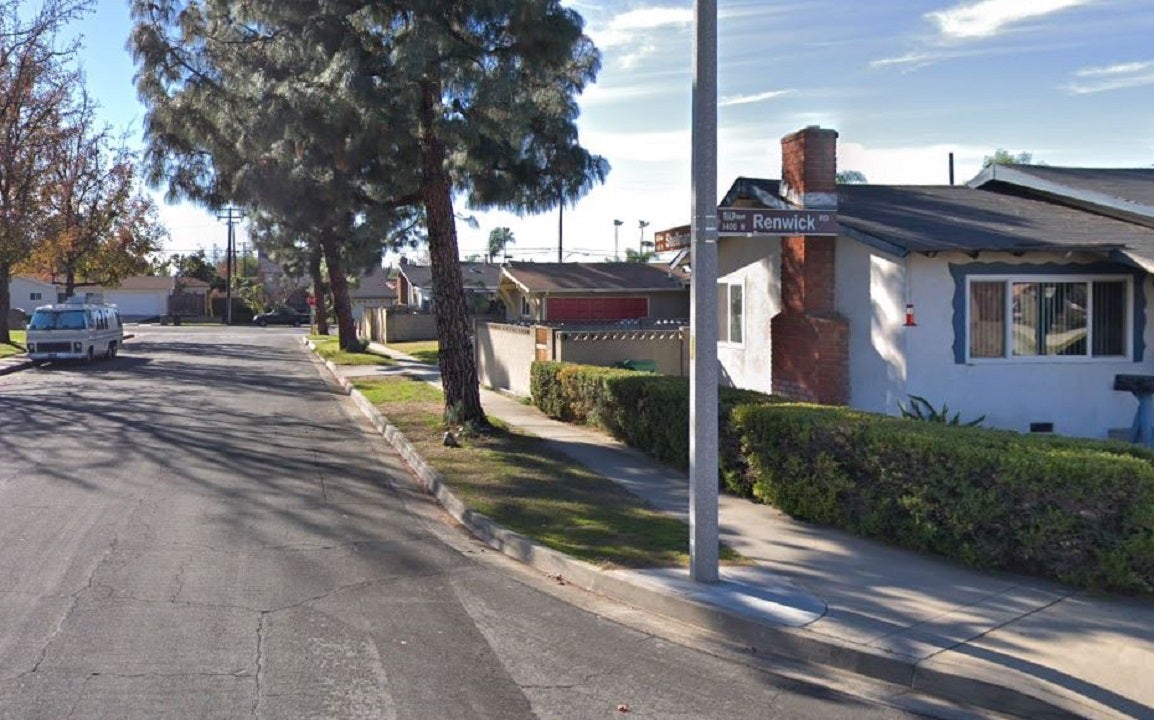 A Los Angeles-area grandmother and her dog were stabbed to death Thursday by an attacker who was later knocked out by a passerby with a rock, authorities said.

The woman, identified as 66-year-old Jeanne Edgar, and her dog were killed near a San Dimas park by a man who appeared to be in his early 20s, authorities said. Los Angeles County sheriff’s deputies responded to the chaotic scene around 1:30 p.m. amid reports of an assault.

A woman and her dog were fatally stabbed Thursday by a man near Lone Hill Park in San Dimas, California, authorities said.
(Google Maps)

Officers found the woman with multiple stab wounds and she was pronounced dead at the scene, authorities said. The dog lay next to her and was also pronounced dead.

Witnesses said the alleged attacker kept yelling that he was going to kill someone. It first went after a man in his 30s who ran away from him, authorities said. The suspect then turned his attention to the woman walking her dog.

“The suspect grabbed the victim’s dog by the leash and yanked it free, authorities said.” The suspect then stabbed the dog and then the victim. “

The man who fled the suspect saw the attack on the woman and used a stone to knock him unconscious.

“He, at that moment, got out of his vehicle, found a stone, threw it, hit the suspect in the face, knocked him out, and soon after the authorities arrived,” a witness told KCBS-TV.

The suspect, identified by the media as Ricardo Saldívar, was detained. He was taken to a hospital to receive treatment for head injuries. He’s being held on a $ 2 million bond. The motive for the attack has not been determined.