July 2, 2020 U.S. Comments Off on Woman accused of threatening airline employees before being hit by a Miami-Dade police officer 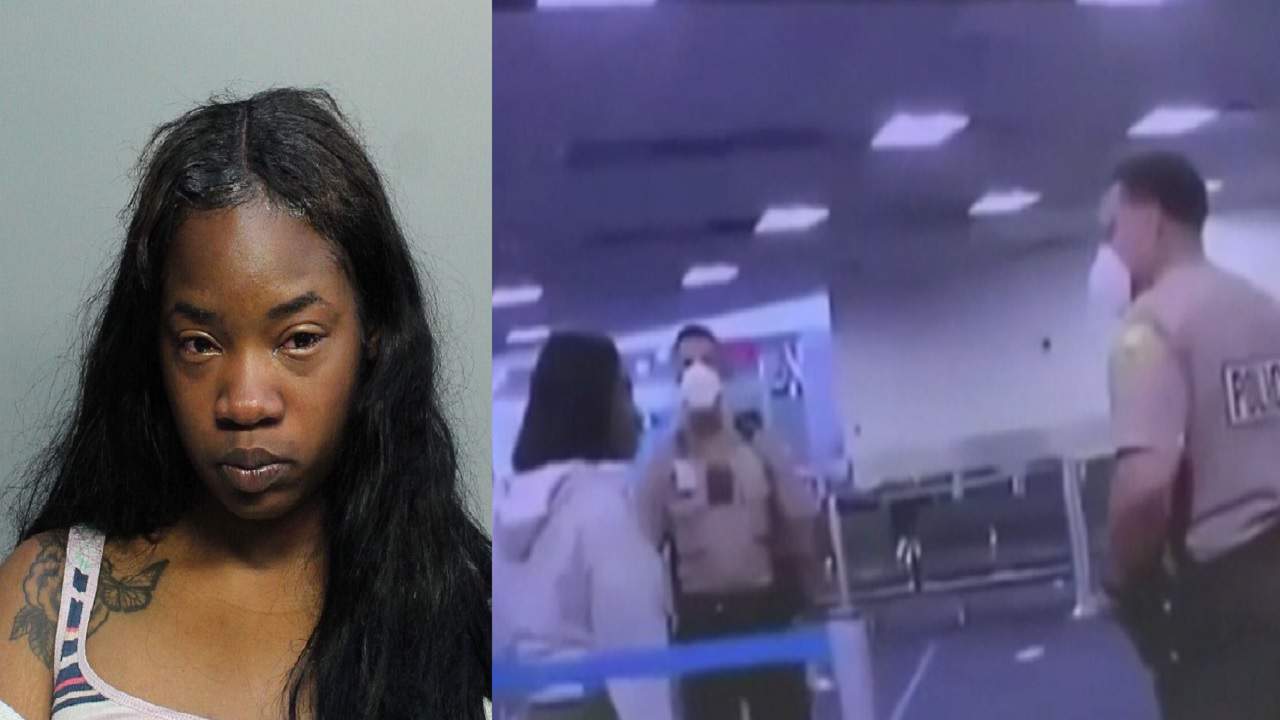 MIAMI-DADE COUNTY, Florida. – An arrest report released Thursday describes what a Miami-Dade police officer said happened before and after hitting a woman in the face this week at Miami International Airport.

According to the arrest report, the officer, identified as Anthony Rodriguez, was called to the American Airlines reservation counter near Gate D37 on Tuesday regarding a woman behind the counter threatening employees.

The officer stated in his report that he saw the woman, later identified as Paris Anderson, 21, of Miami, curse the employees.

Rodríguez and officer Ricardo Álvarez approached the reservation counter and Álvarez moved Anderson away from the counter so Rodríguez could speak to one of the airline supervisors, according to the arrest report.

According to his arrest report, Anderson went behind the reservation counter to take his boarding pass and threatened and cursed the employees when they told him he was not allowed to be there.

Rodríguez wrote in his report that the supervisor told Anderson that he would not be allowed to fly with American Airlines and that he would be reimbursed for the fare.

According to the report, Rodríguez told Anderson to collect her belongings so that the two officers could escort her away from the safe side of the airport, but she became “belligerent,” yelled obscenities, and said, “I should go there and hit him in the face.” . “Referring to the American Airlines supervisor.

Body camera images showing the interaction between Anderson and the officer show that Rodríguez appears to taunt Anderson, telling him to “go beat him up,” although that part was not mentioned in the arrest report.

Anderson then approaches Rodriguez’s face, saying “You act white but you are really black … what are you going to do?” before he hits her in the face and both officers handcuff her while she is on the floor.

In the arrest report, Rodríguez wrote that Anderson violated his personal space, hit him with his body, and hit him on the chin with the head.

However, the video does not appear to show Anderson intentionally touching the officer.

Rodríguez wrote in the arrest report that Anderson continued to yell at officers as they escorted her to a patrol and that she could feel the saliva coming out of her mouth, so he grabbed her by the hair to keep her face pointing forward.

He wrote that while he was in the back seat of the police car, Anderson spat out the entire protective shield and the rear seat area.

According to the report, Anderson complained of shortness of breath while at the police station, but refused treatment when Miami-Dade fire rescue personnel arrived.

She was then taken to the Turner Guilford Knight Correctional Center on charges of assault against a police officer and disorderly conduct.

After reviewing the video, Miami-Dade Police Director Freddy Ramírez said he does not approve of the officer’s actions and said Rodríguez was relieved of his duty.

“I am shocked and angry by a body camera video I just saw involving one of our officers. I immediately launched an investigation and ordered that the officer involved be released from duty. Actions like these undermine the hard work we have invested in our community and make my heart break for our community and the vast majority of our officers who dedicate their lives to serving our county. ”

“Like many in our community, I am angry when I see abusive or inappropriate behavior by a police officer,” the state attorney said in a statement Thursday. “I have spoken to the MDPD director, Ramírez, about this incident and have my public corruption prosecutors gathering the body camera evidence and the witness / victim testimony right now.”