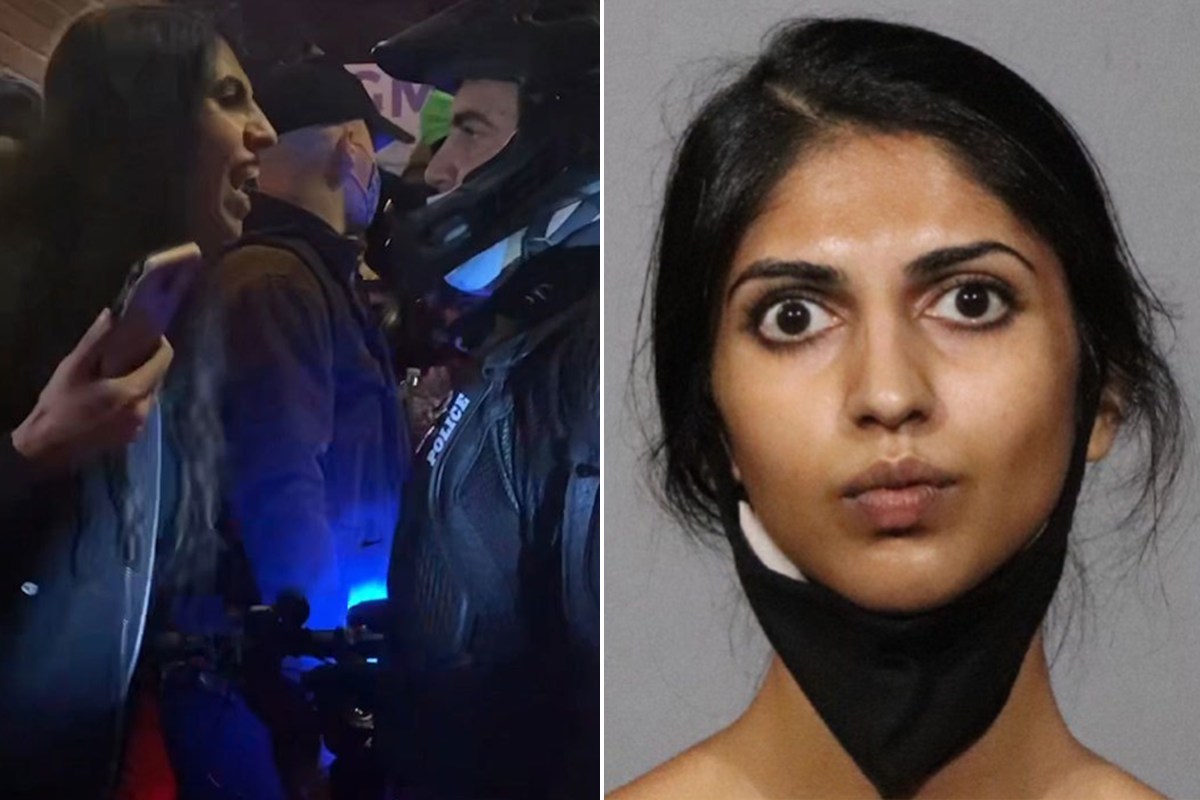 Police said a police-hating protester was accused of spitting in the face of a NYPD Sergeant during a wild protest in Manhattan on Wednesday night.

24-year-old Devina Singh was trapped on the video without a mask and the sergeant was screaming fascism! Before allegedly spitting at him.

Singh, who lives in small Schwenskville, Pennsylvania, was charged with obstructing governmental administration, violation of local law, and harassment.

Singh and his fellow leftists were among the crowd of anti-police protesters who clashed with police in the West Village, lit garbage in the fire and shouted it from outside at dinner, police said. Sixty people were arrested.

Earlier, hundreds of people gathered in Washington Square Park to demonstrate peacefully after the election, saying “count the vote.”

On the Instagram that has since been removed, she proudly posted a photo of her arrest on September 18 in New York City. Written on September 18, “Im So F- Mad … Probs BC Behind Me (White Shirt) Deputy Inspector Elias J. Niketa AKA Little Dick Nick.”