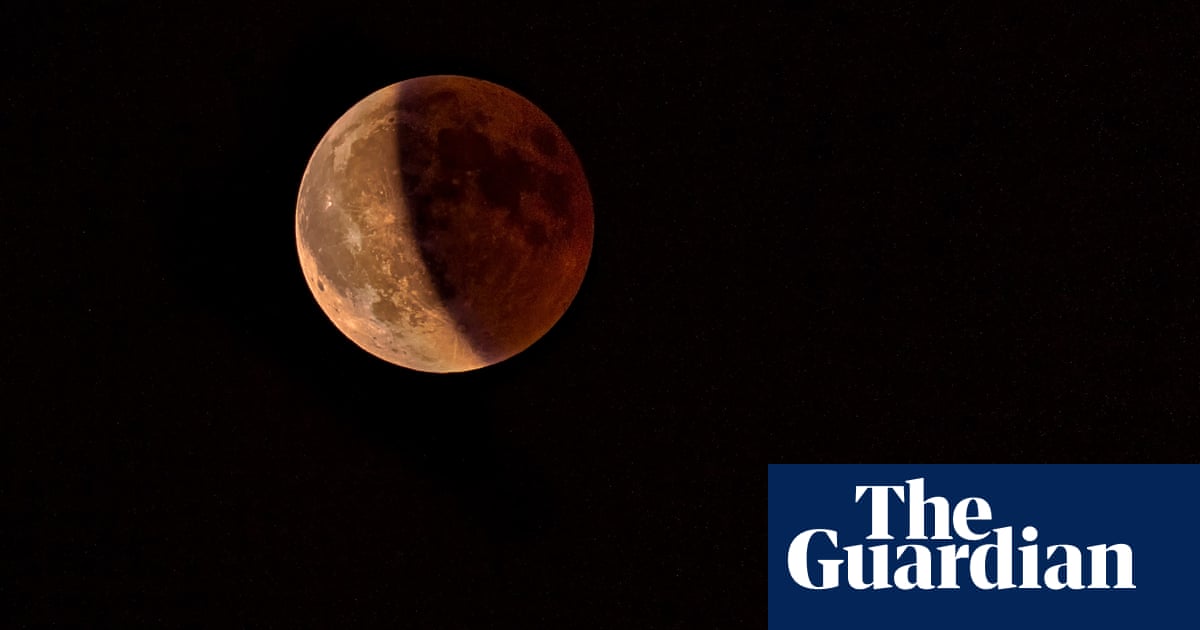 An unusual set of circumstances will combine in the early hours of Monday morning in the heavens over the northern hemisphere, resulting in a phenomenon called the super blood wolf moon.

A total lunar eclipse will give an apparent reddish color to the lunar surface, known as the blood moon. At the same time, the moon will be slightly closer to Earth than normal and will appear a bit larger and brighter than normal, a phenomenon called supermoon.

In January, the full moon is also known as a wolf moon or great spirit moon, hence the super blood wolf moon.

Astronomers and sky watchers are particularly interested in this year's blood moon, as it is the last of its kind in two years and lasts more than an hour.

"We're going to go into this unusual calm in total lunar eclipses for the next two years," said Tom Kerss, an astronomer at the Royal Observatory in Greenwich.

"So, this is a very good capture because it will be a long time before you catch another like this: we will have other lunar eclipses, we will not have anything so spectacular until May 2021."

If the weather permits, the total lunar eclipse must be visible from the United Kingdom for a reasonable time.

If the sky is clear, the full eclipse will also be visible in North and South America, as well as in Greenland, Iceland, Ireland, Norway, Sweden, Portugal and the French and Spanish coasts. The rest of Europe, as well as Africa, will have a partial vision before the moon rises. Asia, Australia and New Zealand will miss it.

The eclipse is scheduled to begin at 2:36 a.m. in the United Kingdom on Monday, January 21, although it is unlikely that observers will see anything until later in the morning.

The best time to capture the maximum eclipse is around 5.12 am, when the moon will be completely submerged within the shadow of the Earth.

"The moon will be red between 4.40 and 6.45 in the morning, so it's really more than an hour to observe this phenomenon of the blood moon in which the moon is totally eclipsed," Kerss said.

The Royal Museums Greenwich will also offer a live Facebook event starting at 4 am, where viewers can watch the events unfold.

The last blood moon occurred in July 2018, although the clouds largely obscured the celestial phenomenon in the United Kingdom.

This will be the first of the three supermoons this year. The next super trip will be about 357,300 km away. The supermoon of February 19 will be a little closer and one in March will be the furthest.

Press and Associated Press Association contributed to this report.