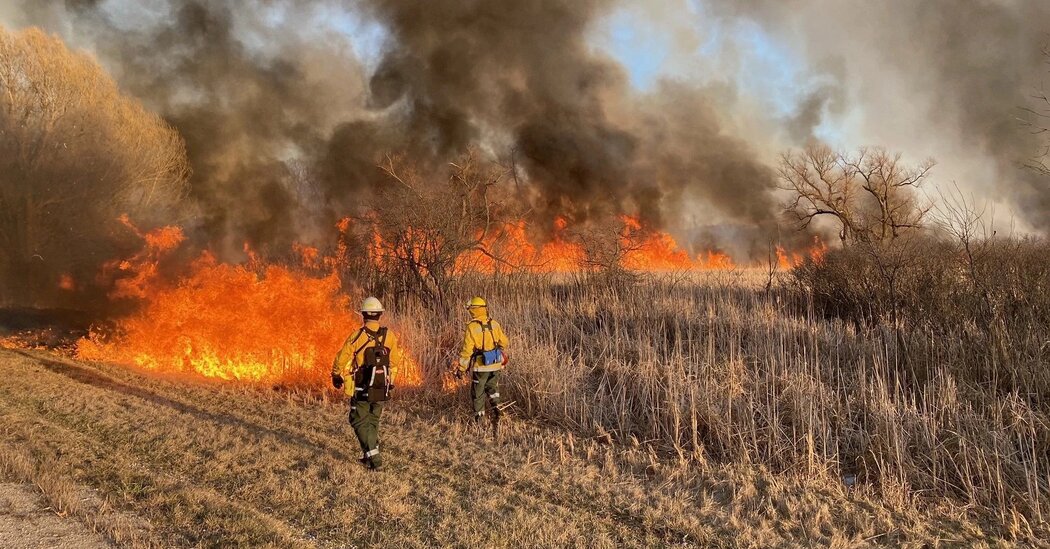 More than 300 wildfires have destroyed nearly 1,500 acres since the beginning of the year, and firefighters are warning this could be a longer than average season.

Wisconsin Gov. Tony Evers signed an executive order Monday declaring a state of emergency in response to elevated wildfire conditions, underscoring the state’s efforts to control the fires that have already burned nearly 1,500 acres this year.

“With almost the entire state experiencing high or very high fire risk, protecting Wisconsin from the destructive dangers of wildfires is a top priority,” Evers said in a news release.

In the past week, there have been 149 wildfires across Wisconsin, according to a map on the department’s website, and there have been at least 340 fires since the beginning of the year.

Over the weekend, most of Wisconsin was at very high risk of fire danger, including the counties along the Illinois state line and the counties along Lake Michigan. Wildfire conditions across the state will persist as long as there is a mix of dry vegetation, unusually warm temperatures, low humidity and increasing winds, the department said.

While wildfires can occur at any time of the year, the department said, most fires occur between March and May, making spring the most critical fire season in Wisconsin.

Because of how early the snow melted across the state, firefighters are anticipating a longer-than-average fire season this year.

Wisconsin has seen its share of destructive wildfires in the last 20 years. In 2013, a logging crew inadvertently started a fire that destroyed nearly 7,500 acres, including 23 residences, the department said. In 2005, a fire burned 3,410 acres and destroyed at least 30 residences.