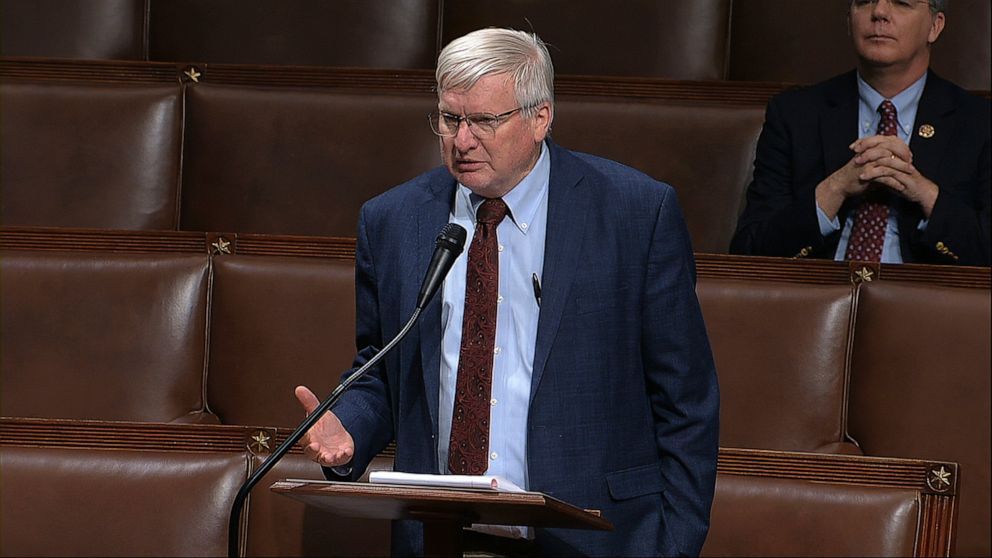 The campaign manager of a Wisconsin congressman whose cough at the Republican Party state convention drew widespread attention says he suffered from nothing but a dry throat.

MADISON, Wis. – A Wisconsin congressman whose cough at the Republican Party state convention attracted much attention because no masks were needed at the event suffered from nothing but a dry throat, his campaign said Monday.

U.S. Representative Glenn Grothman, 65, started coughing uncontrollably Saturday when he began his convention speech to about 300 attendees at a Green Bay conference center. The event continued even as Wisconsin has seen an increase in coronavirus cases, breaking a daily record of recently confirmed cases for the third day in a row on the day of the convention.

“It’s time to talk about Donald John Trump,” said an unmasked Grothman, before coughing for about 10 seconds and loosening his tie. Grothman regained his composure and proceeded to defend Trump’s first term on a variety of issues.

A clip of her cough circulating on Twitter had been viewed more than 4.3 million times as of Monday morning. US Democratic Representative Mark Pocan, who represents the Madison area in Congress, commented on Grothman’s cough with “Wow.”

“Congressman Grothman’s cough was due to a dry throat and the need to drink water,” Grothman campaign manager Alec Hanna said in an email Monday. “It has not persisted and does not exhibit other symptoms associated with COVID-19. He previously performed a COVID-19 test, with a negative result. “

Attendees of the Republican Party state convention received masks, but were not required to wear them. The Wisconsin Democratic Party held a fully virtual state convention in June due to concerns about COVID-19. The Democratic National Convention is scheduled to be held in Milwaukee in August, but will be greatly reduced due to the pandemic.