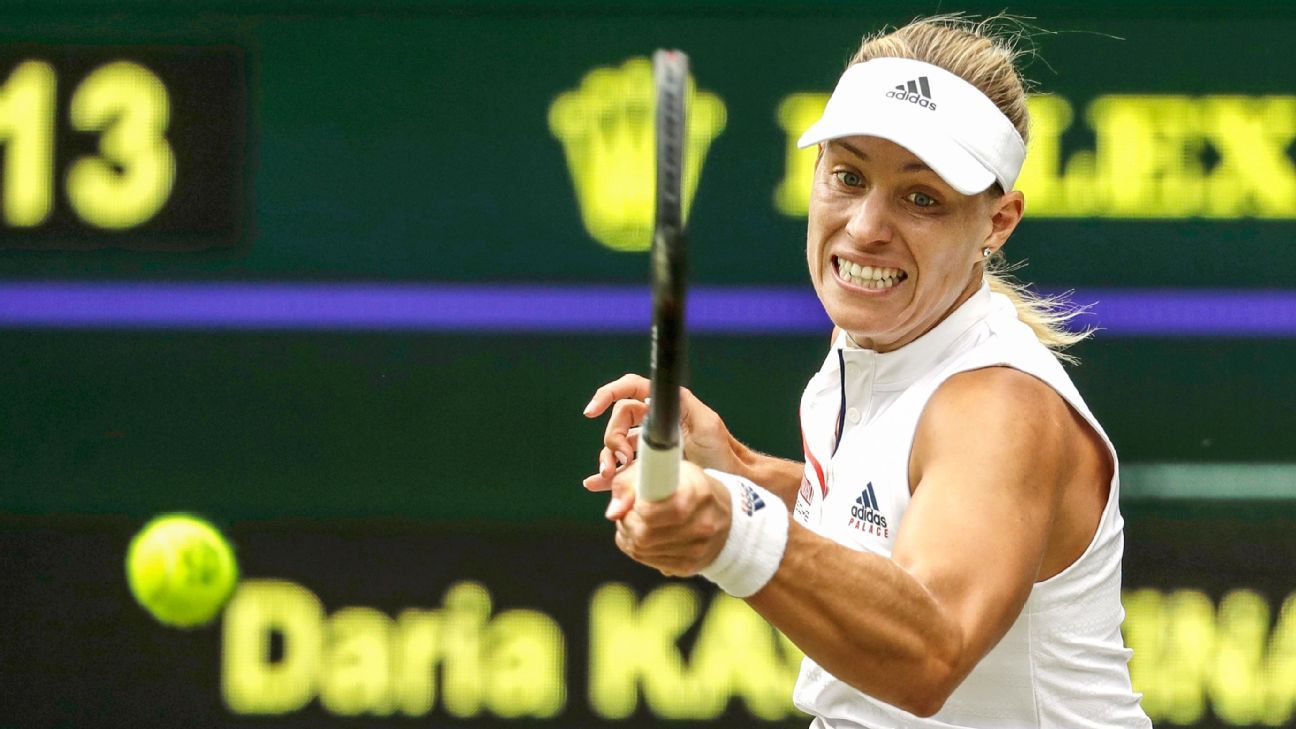 LONDON – Angelique Kerber, the most-seeded player left in the women's box at 11th, finally became her seventh match point to advance to the Wimbledon semifinals on Tuesday.

Germany's two-time Grand Slam champion defeated No. 14 Daria Kasatkina 6-3, 7-5 in the Central Court to reach the semifinals at the All England Club for the third time.

Kerber had problems closing things. She served for the victory at 5-4, but it broke. When he served for the second time, he needed to navigate a 16-point game that included five deuces and all those match points, until he forced a right-wing error in the last.

Kerber was runner-up at Wimbledon in 2016, when he climbed to number one in the world ranking after winning the Australian Open and US Open. However, he took a big step back in 2017, going 1-12 against the best 20 WTA players, while he could not win an individual title.

He recovered in 2018, winning more than 75 percent of his games and one while accumulating 10 wins against the top 20 players.

Kasatkina, who earlier this year became the fifth player in WTA history with multiple victories over a WTA n. ° 1 before turning 21, he had 31 unforced errors, including seven double faults. He was in the last eight at Wimbledon for the first time.

Both players are the only two women to reach the second week in the top three this year.

Kerber will face the 2017 French Open champion Jelena Ostapenko, who became the first Latvian woman to reach a Wimbledon semifinal with a 7-5, 6-4 victory over Dominika Cibulkova.

In a game that included eight service breaks, four in the first five games, Ostapenko was able to raise his game at crucial moments.

She was the aggressor in everything, reaching 33 winners at Cibulkova's six, but also doubling the count of her opponent's unforced errors.

Seven-time champion Serena Williams will then face Camila Giorgi, number 52 in Italy, and thirteenth seed Julia Goerges will face Kiki Bertens while both play in their first Wimbledon quarter-final.