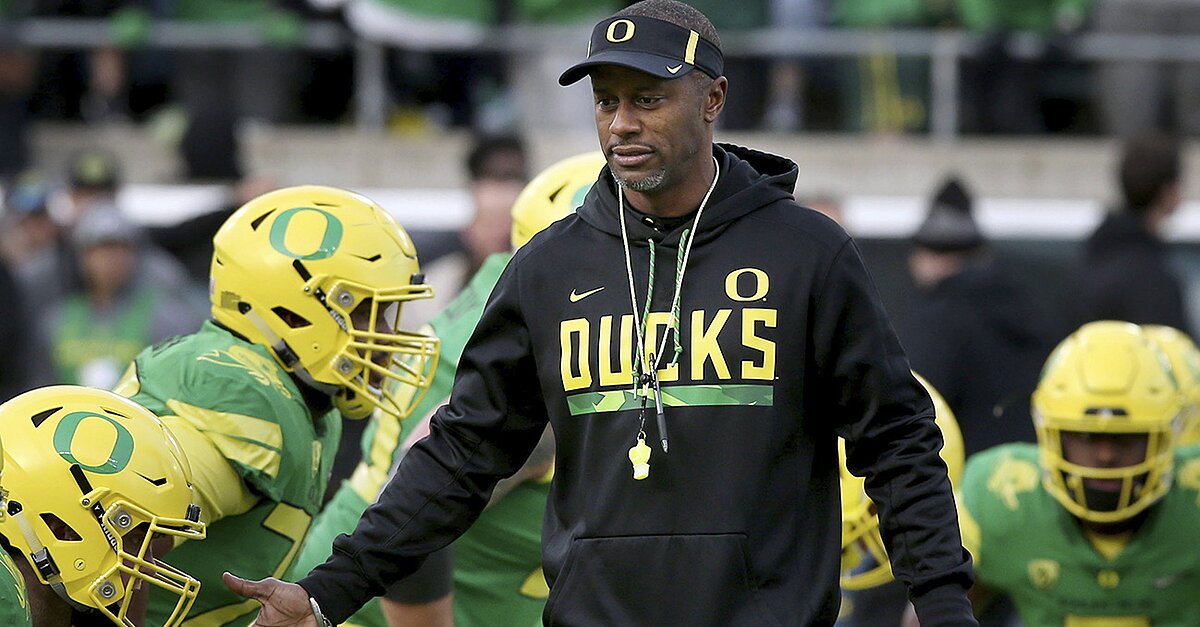 Taggart has reason to wait to accept the new Oregon agreement. If Jimbo Fisher leaves the state of Florida, Taggart could be a candidate in Tallahbadee.

Oregon has offered trainer Willie Taggart a new contract with the hope that he stays in Eugene, even if a coveted job in his home state opens this weekend, SI.com has known. If Taggart accepts, the new deal would pay a little over $ 20 million in five years. But Taggart has reason to wait. If Jimbo Fisher leaves Florida State for Texas A & M, Taggart could be a candidate for the Seminoles' job.

Taggart, who grew up in Bradenton, Florida, and trained in South Florida before being hired by Oregon, is currently 7-5 in his first season with the ducks. He has a career record of 47-50, but his two previous jobs at Western Kentucky and South Florida were considered recovery projects. In the four seasons of Taggart at the USF, the Bulls record improved every season. They had a 10-2 record when they were hired by Oregon last December to switch to a team that finished 4-8. The Ducks improved their victory total under Taggart, but the improvement could have been more dramatic if it were not for a broken collarbone suffered by quarterback Justin Herbert that kept the sophomore out of five games. Oregon had 1-4 in those games.

Taggart is known as an excellent player recruiter from Florida. Also on his team is former badistant Miami and Alabama (and former head coach of Florida International) Mario Cristóbal. The idea of ​​those two in Tallahbadee is intriguing to officials of the State of Florida and cause for concern for other trainers in the state. Fisher's Seminoles has recruited the state better than anyone this decade, and Fisher should leave, maintaining that advantage, especially with the improvement of Miami under Mark Richt and with Dan Mullen ready to execute a much better recruiting operation than his predecessor Jim McElwain in Florida, will be a primary concern.