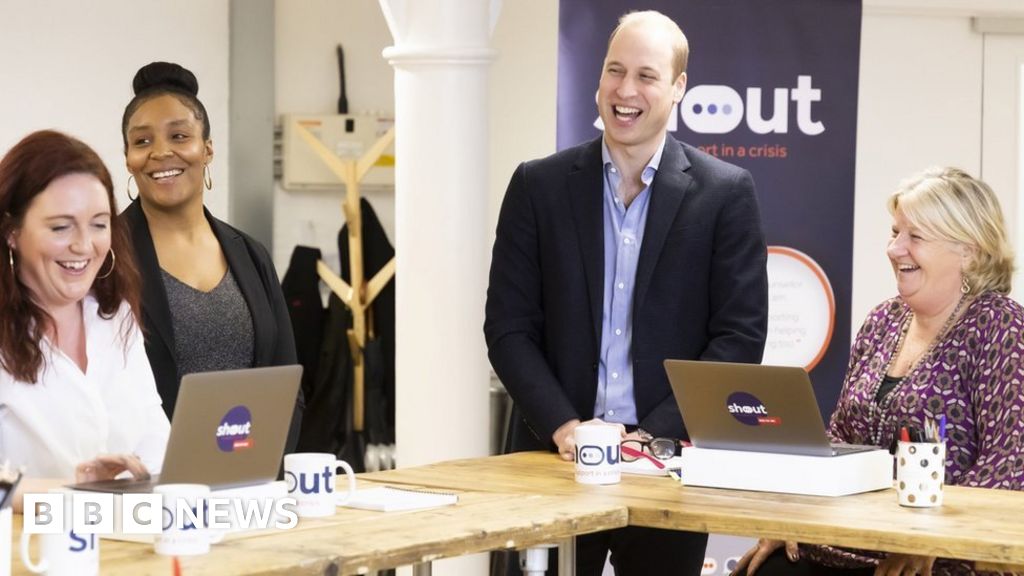 William, Kate, Meghan and Harry have backed the initiative, called Shout, with 3 million pounds from its Royal Foundation.

The free and anonymous service connects people who experience a "difficult time" with trained volunteers.

Prince William said everyone was "very enthusiastic" about the initiative.

"It provides instant support," he said.

"You can have a conversation anywhere, anytime, at school, at home, on the bus, anywhere."

During a 12-month pilot program last year, 1,000 volunteers signed up for the initiative and 60,000 conversations were held.

"Those are 60,000 times when people who felt scared, scared and lonely could use their phone to connect with someone who could support them," said Prince William at a launch event at Kensington Palace.

The service aims to help people who experience problems, from suicidal thoughts to problems of intimidation and relationships, to go from "crisis to calm".

The Duke also called for more people to join as volunteers, with the support of clinically trained supervisors.

The Duchess of Cambridge said: "Over the past few years, I have focused much of my work on the importance of prevention in the first years of life to help avoid problems in later life.

"But, unfortunately, for many, they have already reached a crisis situation."

Kate added that Shout offered crucial support and "the opportunity to change lives."

Shout was researched and developed by the Royal Foundation, a charity that real couples established together.

The service operates 24 hours a day, seven days a week and is based on the Crisis Text Line model, based in the United States, which was launched in August 2013.

Lorraine Heggessey, executive director of the Royal Foundation, said the "innovative solution" helps address "one of the biggest challenges today: the growing number of people who need support for mental health."

The Institute of Global Health Innovation (IGHI) at Imperial College London will also work with the project to identify trends and develop knowledge about mental health to shape the delivery of services.