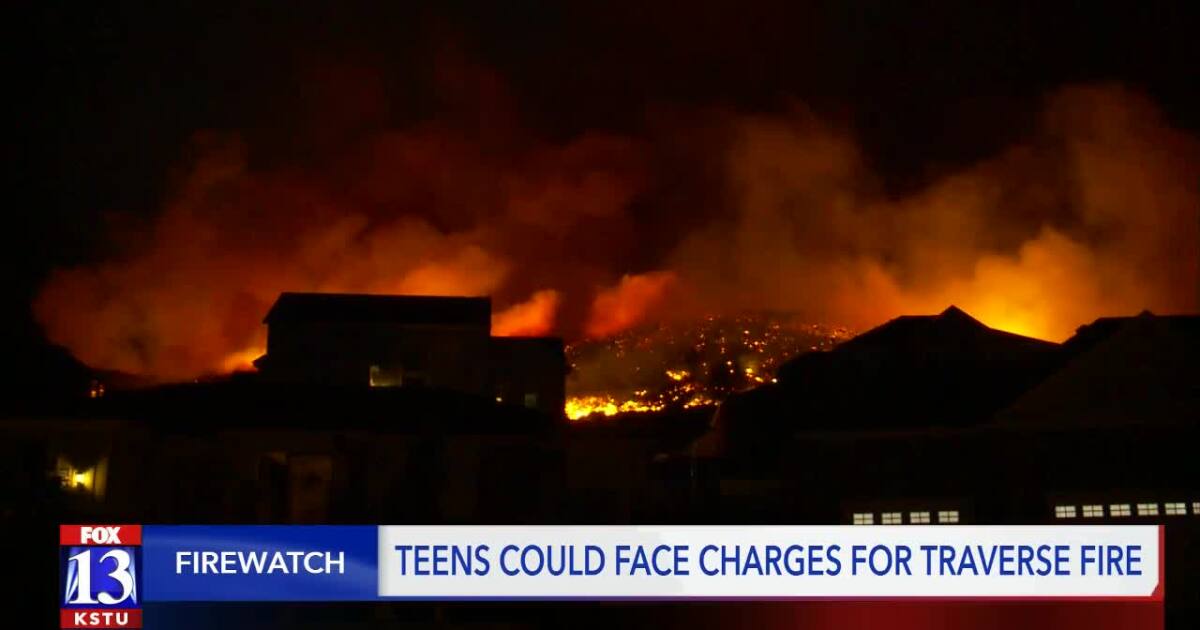 LEHI, Utah – The “crossfire” is believed to have started when two teens ignited illegal fireworks in a restricted area Saturday night.

Lehi’s fire chief Jeremy Craft estimates the cost of firefighting at $ 1 million after county and state resources were called to help contain the fire.

“It all came together: the super dry grasses, the downwinds, just exploded,” said Craft.

Will teens accused of starting the fire with Roman candles face monetary consequences? Unlikely, considering that a similar situation occurred in 2017.

A Taylorsville man who burned weeds was blamed for starting one of the state’s most destructive fires in Brian Head. It burned 13 homes and cost approximately $ 40 million to fight for several weeks.

After 2.5 years of pursuing the charges, Iron County prosecutors dropped the most serious charge in March.

Why? For insurance purposes.

Chad Dotson told FOX13 on Monday that if Lyman were found criminally responsible, his insurance would not pay victims.

A judge eventually sentenced Lyman to 50 hours of community service on the lesser charge.

Dotson said a civil lawsuit against Lyman is ongoing to recover some of the damage victims of the fire are facing.

Although it is unclear what punishment would be acceptable to Traverse Fire, Craft said it is important for teens to face responsibility.

“Someone in an area where fireworks are banned anyway, they have never been allowed to start, waste time and light a fire and endanger all those houses and all the first responders, I think someone should be responsible.” Craft said.

The boys are cooperating with the police and have not been charged until Monday afternoon.

Despite the coronavirus, federal workers head to the office