Why Type A Blood May Increase Your Risk of COVID-19 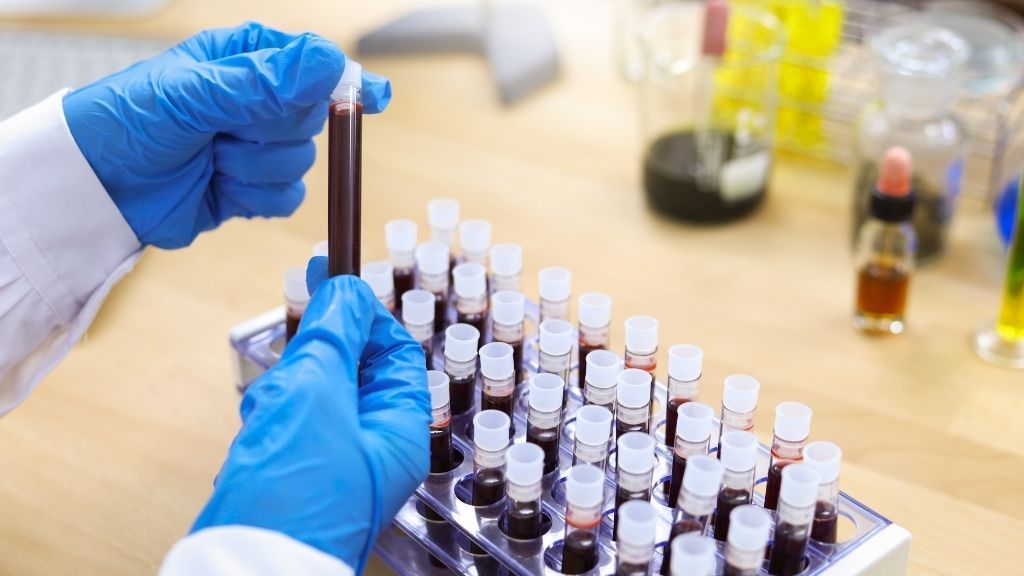 The SARS-CoV-2 coronavirus can more easily adhere to cells in the airways of people with type A blood compared to those with type B or O blood, a new study suggests. The findings point to a possible explanation for why, throughout the pandemic, studies have found that people with type A blood are more likely to contract COVID-19 and develop severe symptoms than other blood types.

Laboratory experiments revealed that part of the coronavirus called the “receptor-binding domain” (RBD), which binds directly to cells to drive infection, it also attaches to unique molecules associated with type A blood. These molecules, known as antigens, appear on the cells they coat the respiratory tract, including the lungs, according to the study, published on March 3 in the journal Blood advances.

In theory, binding to these structures can help the coronavirus enter and infect cells in the airways more easily; however, we still don’t know for sure, the study authors told Live Science.

“Does this really influence the ability of the virus enter the cells? Does it simply influence their ability to adhere to cells? “Said study author Dr. Sean Stowell, a transfusion medicine physician-scientist with appointments at Brigham and Women’s Hospital in Massachusetts and Emory University in Georgia. We’re working on that right now, but the jury is still out. “.

In other words, the data provides the first physical link between coronavirus and type A blood, but more research is needed to confirm that this difference affects the odds of actual infection.

Why would blood type matter?

Since the early days of the pandemic, several studies of coronavirus patients have uncovered trends in which blood types appear to be infected most often. Live Science previously reported.

“Many studies have found associations between blood groups and the propensity for SARS-CoV-2 infections,” in particular, showing that people with type O blood have a lower risk of contracting COVID-19, compared to non-O blood typessaid Dr. Torben Barington, a clinical immunologist at Odense University Hospital and the University of Southern Denmark, who was not involved in the study. People with type A blood may also be more likely to develop severe symptoms and respiratory failure when they contract the virus. some studies found.

“Various hypotheses have been proposed for these associations, but we still need to learn what the mechanisms really are,” Barington told Live Science in an email. This new study hints at a possible explanation for why SARS-CoV-2 can infect individuals of blood group A more easily than type O, although it does not explain why type B is also linked to more infections than type O , I note.

Stowell said he and his colleagues were curious about the link between blood type and COVID-19, but were actually inspired for their new study while developing a diagnostic test for the disease.

When creating the test, “we started looking at different parts of the virus and we realized that the receptor-binding domain … looks very similar to an ancient group of proteins called galectins,” Stowell said.

Galectins can be found in all multicellular animals and bind to carbohydrates, or sugar structures, known as glycans; In humans, galectins can be found throughout the body and are involved in many processes, from muscle development to metabolism to immune cell behavior, Stowell said.

In the past, “we’ve seen that galectins really love to bind to blood group antigens,” proteins and molecules that are specific to different blood groups and stick to the surface of cells. Blood group antigens come in two flavors, A and B, and the presence or absence of these antigens determines a person’s blood group: A, B, AB, who has both, or O, who has neither. according to the American Red Cross. Antigens are found not only on blood cells in the body, but also in other tissues, including the lining of the lungs.

Given the molecular similarity between the RBD coronavirus and galectins, “we thought, ‘Well, maybe the virus binds directly to blood group antigens,'” Stowell said. If that were the case, blood group antigens could somehow influence the likelihood of the infection taking hold, he said. For example, some viruses accumulate in cells by first grasping glucans on their surfaces, according to a 2016 report in the journal. Current opinion in structural biology; the viruses then release these glucans to slip through the entrances near the cell, triggering the infection.

Something similar could be happening with blood group antigens and SARS-CoV-2, the authors thought. With this hypothesis in hand, the team headed to the laboratory to conduct experiments.

What’s interesting is that this subtle difference seems to matter to the coronavirus RBD, he said. According to experiments, RBD does not readily bind to any of the red blood cell antigens and shows no preference between blood types in this regard. In contrast, RBD “showed a strong preference” for type A antigens found on respiratory cells.

“It was clear; there was this preference. We didn’t expect that,” Stowell said. Now, “if that really means the virus is more likely to infect blood group A, I’d say we don’t know.”

Since these data were obtained from laboratory experiments, it is possible that the result does not perfectly reflect what happens in the bodysaid Fumiichiro Yamamoto, an immunohematologist at the Josep Carreras Leukemia Research Institute in Barcelona, ​​who was not involved in the study.

“The binding may or may not reflect the actual situation on the cell surface,” especially since the density of antigens on the cell surface may differ from the scenarios tested in laboratory experiments, Yamamoto told Live Science in an email. Also, in the body, other substances compete to bind to the same blood group antigens, so it is unclear how many coronavirus particles would eventually adhere, he added.

In addition, type A antigens found on the surface of cells in the airways can also be secreted in other parts of the body, such as saliva, he said. That means the virus could potentially bind to these free-floating antigens, decreasing the number of viral particles that reach respiratory cells, he said.

And in addition to unique antigens, different blood types also carry specific blood groups. antibodies, molecules that help the immune system eliminate foreign invaders, Barington said. These antibodies are particularly “prevalent in individuals of blood group O and have been proposed to neutralize the virus on our mucosal surfaces,” he said. It is possible that both blood group antigens and antibodies influence the likelihood of COVID-19 infection, and their individual contributions will need to be resolved, he said.

Regarding the new study, “it’s an important first step,” Stowell said. “The most important [now] is to determine whether the actual virus, in terms of its ability to infect cells, is influenced by blood group antigens or not. “