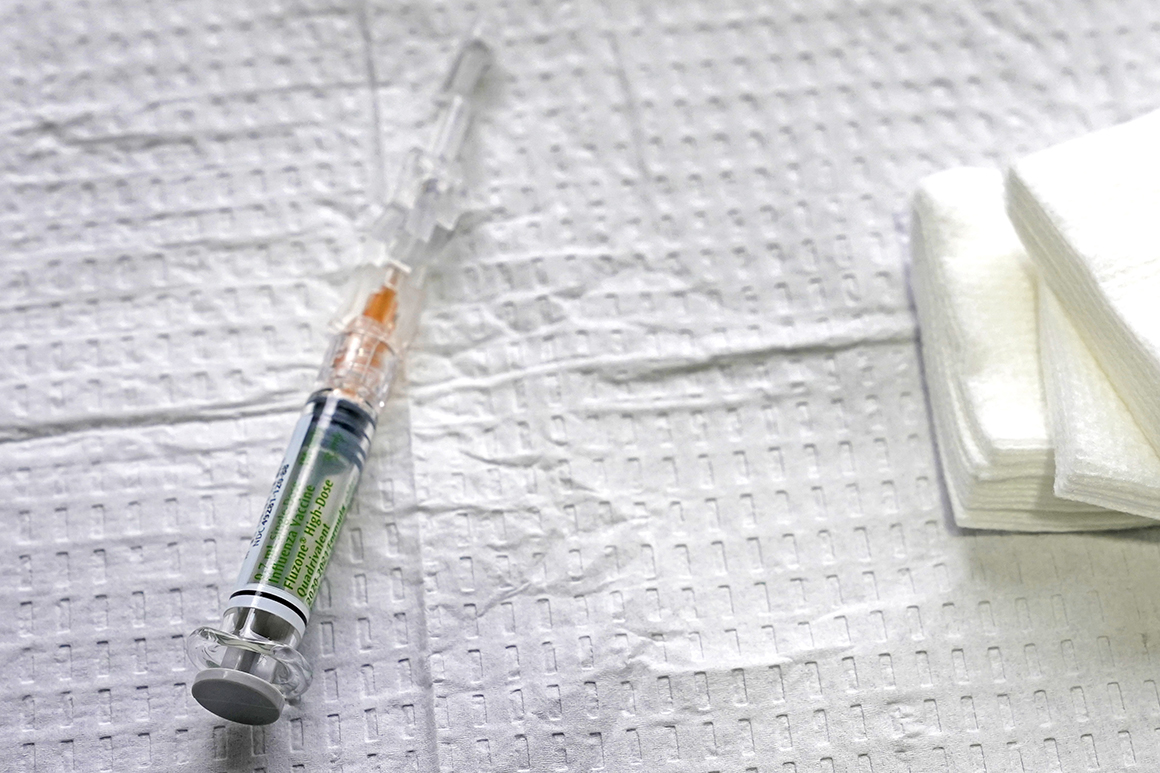 Once the doors begin to open again and people venture out without taking Covid-19 precautions for a year, there may be new strains of the flu circulating that scientists did not anticipate, said Cody Meissner, a specialist in Infectious Diseases and Tufts Pediatrician. Children’s Hospital which is also on the FDA’s Vaccine Advisory Panel. Without a strong enough vaccine, the pandemic-weary country could experience a severe flu season just as it emerges from the fight against coronavirus.

“We may have a combination of low population-level public health measures with a low-effectiveness vaccine. And so next year we may have a raging flu season, “said Lawrence Gostin, professor of global health law at Georgetown University.

Concerns about the knock-on effects of the surprisingly quiet flu season came to light earlier this month at a meeting of the Food and Drug Administration’s (FDA) independent vaccine advisory committee. While experts suggested there are lessons to be learned from last year’s flu season that could help prevent high flu rates in future years, they also had a difficult time projecting what the coming winter might bring.

“What we asked them during that meeting was, ‘Has there been a time like this?’ Where there was very little flu circulating, then you can judge what happened the following year, but this is really unprecedented, “said Paul Offit, a vaccine expert at the University of Pennsylvania and a member of the FDA’s vaccine advisor. panel.

Influenza is already a difficult virus to track, Gostin said, because it mutates more quickly than other known viruses such as measles. The flu’s act of rapid change creates multiple strains each year.

The process of predicting which flu strains will predominate each flu season is a global effort. The World Health Organization brings together experts twice a year to forecast flu strains, once for each northern and southern hemisphere, based on data collected by laboratories around the world. Among them are the Centers for Disease Control and Prevention, which is one of WHO’s six “collaborating centers” for influenza research.

At the Northern Hemisphere meeting in February, experts review which strains are circulating in the Southern Hemisphere as fall approaches, and use that information to interpret which strains could affect the northern part of the world months later. In the United States, FDA’s vaccine advisory committee reviews those recommendations and makes a final decision on the composition of flu vaccines that the agency will authorize.

Kawsar Talaat, an assistant scientist at Johns Hopkins with experience in infectious diseases, said experts watch how the virus evolves throughout the season and which strains are dominant towards the end of the season.

There is little precedent for the most recent flu season in the US The 2011-12 flu season set records for the lowest and shortest peak of flu, according to the CDC. Last season’s figures are still just one-third the rate for the 2011-12 season, the agency reports.

That previous year low did not appear to lead to a particularly bad flu season in 2012-13, Talaat said, adding that the vaccine’s effectiveness that year was in line or better than most years. He said it is too early to know what the flu season will look like next fall or to predict how effective the flu vaccine is likely to be.

“In 2011-2012, we had almost no flu season and that happens from year to year. And then last year, we had a three-pronged, three-pronged flu season that was also very unusual. So the biology of influenza is a fascinating topic, ”Talaat said.

Offit said low levels of the virus this season still produced enough circulation for the FDA advisory committee to choose strains for a vaccine and that he is not concerned about the vaccine for next fall.

“The belief is that there was enough circulating virus to be able to pick out what are likely to be the strains associated with next year’s flu outbreak,” Offit said.

“I mean, could we reasonably in a winter month, wear masks at least when we’re outside in large crowds?” Offit said. “Did we learn that or are we willing to, or are we comfortable with hundreds of thousands of cases of flu hospitalizations and tens of thousands of deaths? I suspect the answer is B. We are comfortable with that, we are willing to have that, even though we just learned, there is a way to prevent it. “

People are ready for life to return to normal, Gostin said, and pandemic fatigue from Covid-19 could cause people to abandon masking and social distancing at the right time for the flu.

“Remember that after the 1918 flu pandemic, most people don’t realize what happened when it was over. But what happened was the roaring 1920s, “Gostin said. “People started congregating, mingling, hugging, kissing. All the things that were lost. They entered theaters and stadiums and returned to the church. That is what is likely to happen this fall and that makes the flu virus very happy. “