Whopper of a salmon caught in B.C. all a part of conservation program – British Columbia

Volunteer fishermen with a hatchery in central B.C. discovered themselves one mbadive salmon final month

The Percy Walkus Hatchery caught the large chinook alongside the Wannock River, about 80 kilometres southwest of Bella Coola.

It weighed greater than 50 kilos. 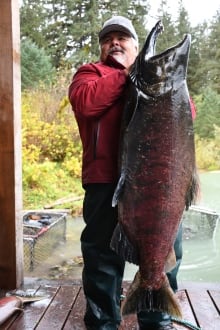 It was one among 94 salmon caught as a part of an “egg take” — a conservation program that ensures the strongest chinook gene pool survives.

Volunteers harvest the semen — often known as milt — together with eggs from the strongest broodstock fish, that are fertilized and planted within the close by hatchery.

The embryos are launched as soon as they’ve grown to about 5 grams.

Ted Walkus, one of many hereditary chiefs of the close by Wuikinuxv First Nation, helps with the egg take. He mentioned the salmon could possibly be left to spawn naturally however controlling the breeding course of within the hatchery ensures survival — which he says is essential, contemplating chinook die after they spawn. 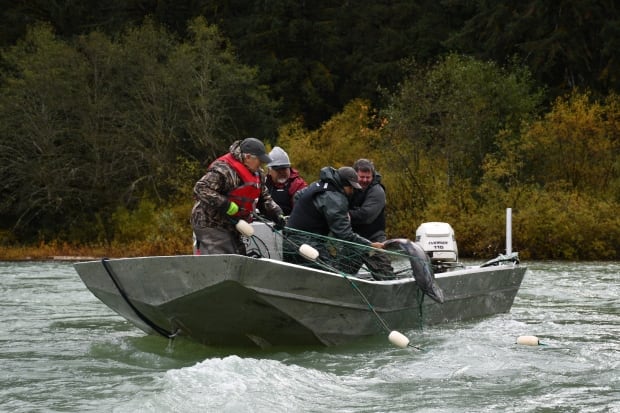 Volunteers use gill nets to seek out the most important, healthiest broodstock fish that are perfect for breeding. (Percy Walkus Hatchery)

“If you catch a 60 pound salmon and you keep it without breeding, that part of the gene pool eventually gets wiped out,” he mentioned Tuesday. 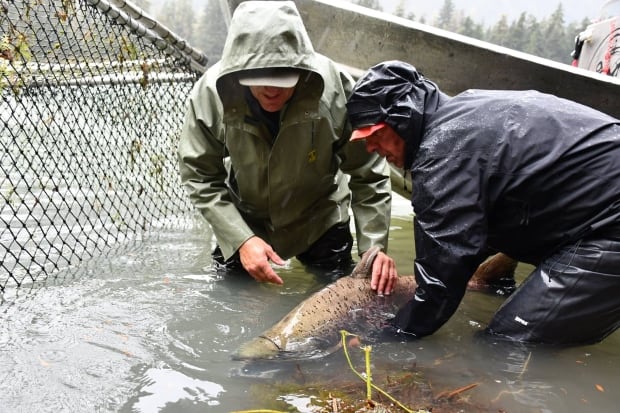 The fish are caught so their milt or semen and their eggs may be harvested for breeding. (Percy Walkus Hatchery)

Walkus mentioned fish caught within the egg takes ultimately die, however they’re taken again to the group to be smoked and preserved.

“It was a win-win situation, that fish,” Walkus mentioned Tuesday. “We got the milt out of that big male, and the fish went back to our community for winter food.” 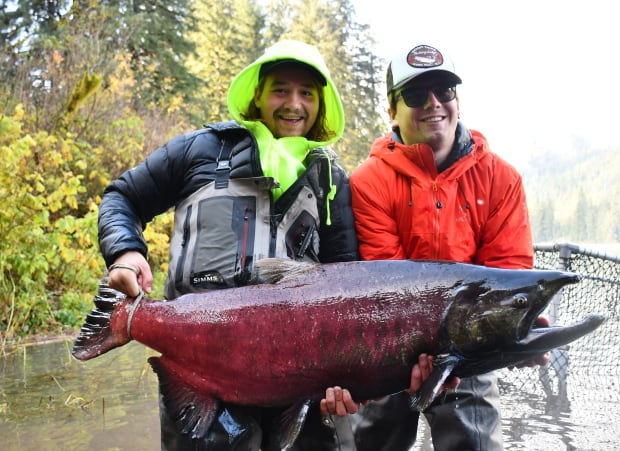 This specific fish was bred in a earlier egg take years in the past. It was caught this yr to be bred, conserving the gene pool alive. (Percy Walkus Hatchery)

He mentioned there are solely two river programs left in North America that produce such mbadive chinook: the Wannock River and the Kitsumkalum River, close to Terrace.

“We have the joy of catching them, but even more so, the joy of releasing them and knowing they’re going to go back and spawn and do what they’re meant to do.”

With recordsdata from CBC Vancouver News at 6