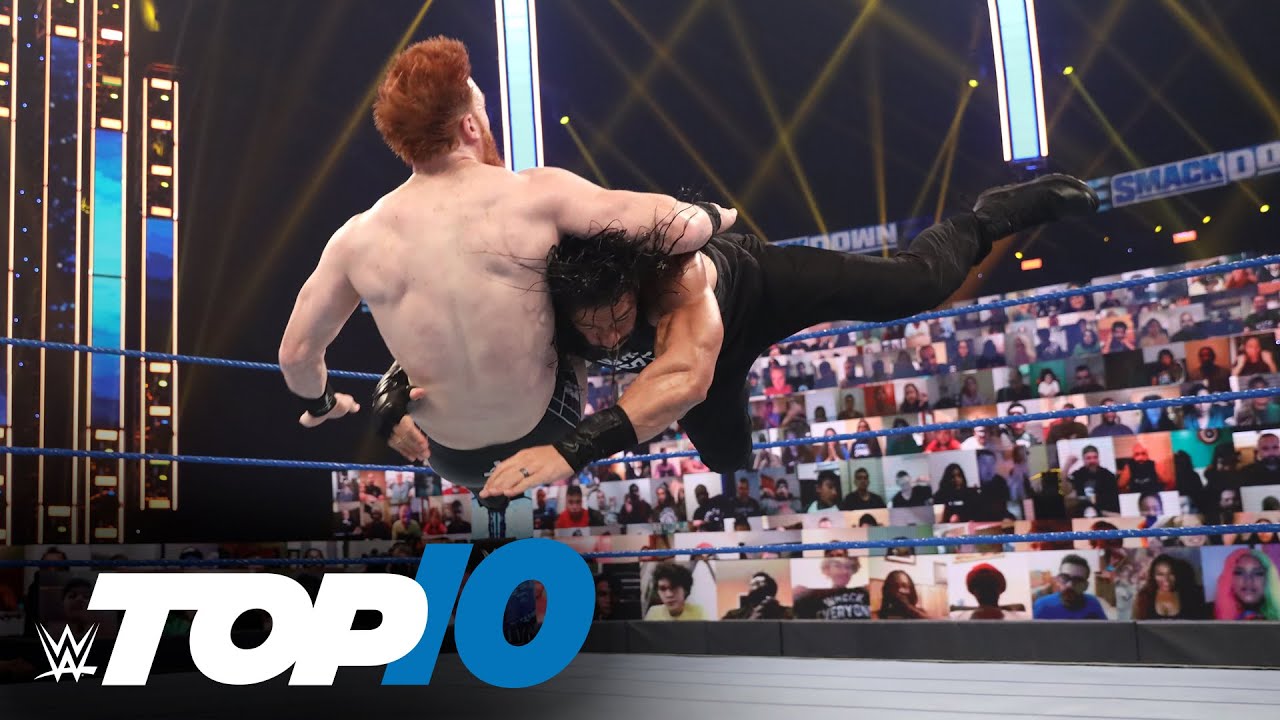 – Top ten moments from last night are up smack down (Full result here). The number one spot was that of Roman Reigns, blinding Usos, and prompting Sheamus to secure the victory.

– WWE Network News is reporting a new WWE Untold: Edge vs Sew Is set to premiere on the WWE Network next Sunday, September 20. The website has also made a new note WWE TimelineDebut on Wednesday 16 September, seeing the feud between Mickey James and Trish Stratus.

– During last night smack down, Sami Zayan came out to speak just before the title match of WWE Intercontinental Champion Jeff Hardy and AJ Styles. Zayn is still contesting that he is the true IC champion, but Adam Pearce and two security guards overtake him. @LocalCompWWE Two of the noted men were WWE Hall of Famer D-Von Dudley’s sons, Terence and Terrell Hughes.