Who is raising Masida over Davis in the remake? 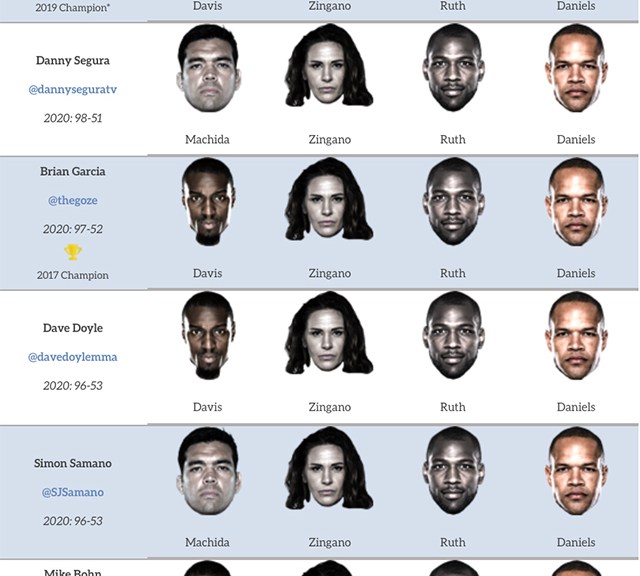 The Bellator is back in Connecticut this week with back-to-back events, the first of which is a light heavyweight rematch.

Belter 245 takes place on Friday at the Mohegan Sun Arena in Unsville, Conn. At Paramount the main card streams on DAZN followed by prelims on Air and MMA Junkie.

(Click here to open a PDF of the staff pics grid in a separate window.)

In the main event, former Bellator Light Heavyweight Champion Phil Davis (21-5 MMA, 8-2 BMMA) takes on former UFC champion Lyoto Machida (26-9 MMA, 2-1 BMMA) in a rematch. The two met for the first time in the UFC, and Davis made a controversial decision in Brazil. Davis is a 350 favorite, and our 14 editors, writers, videographers and radio hosts have led him to a 12–2 lead.

In the co-main event, former UFC women’s bantamweight title challenger Kat Xingano (10-4 MMA, 0-0 BMMA) makes her promotion debut in featherweight against Gabriel Holloway (6-5 MMA, 1-2 BMMA). Zingano is by far the 9-1 favorite on the card, and has a 13–1 lead.

See all the pics above.