July 7, 2020 U.S. Comments Off on Who is behind the recent explosions in Iran? 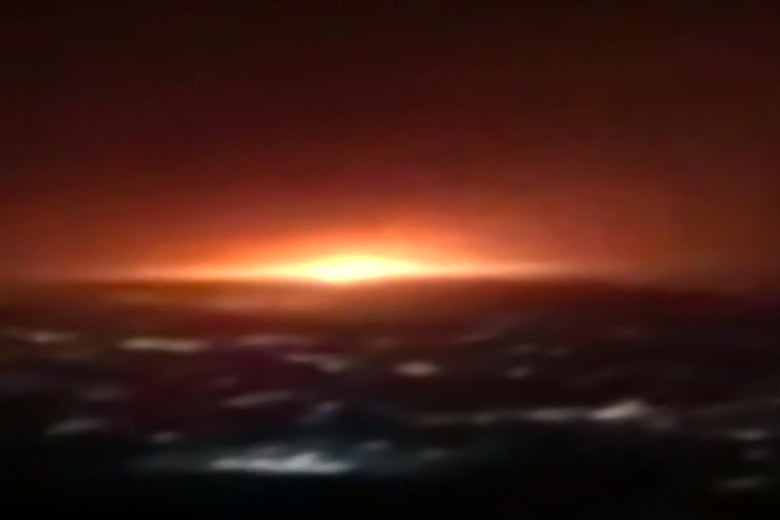 Something strange is happening in Iran. Since June, fires or explosions have erupted in six factories and other facilities, two of them military in nature: the Parchin missile production plant and the Natanz nuclear site.

In Natanz, the Iranian government has acknowledged that a fire greatly damaged an “industrial shed” where advanced centrifuges were being built, machines that could have sped up the process of building an atomic bomb. Satellite photos showed the shed doors hanging from their hinges, blown out. An official with the International Atomic Energy Agency said the damage delayed Iran’s nuclear program for months.

Is Israel or the United States, or both, to blame? Iranians certainly think so, and Israeli officials are doing little to discourage suspicion. When asked about this by journalists, Israeli Defense Minister Benny Gantz replied: “Not all incidents that happen in Iran necessarily have something to do with us,” leaving open the possibility that these incidents may have. Foreign Minister Gabi Ashkenazi went further: “Iran cannot be allowed to have nuclear capabilities,” he said, adding that, to avoid this prospect, “we take measures that are best left unsaid.”

The explosions may have been caused by cyber attacks, a greatly reduced version of the US-Israeli Stuxnet virus that tampered with controls at the Natanz site in 2010, destroying thousands of centrifuges by slowing down or speeding up their spin cycles, and doing so. a way that left Iranian scientists thinking that the problems were caused by human error or faulty parts.

For this reason, some doubt that the latest explosions were cyber attacks. A former senior National Security Agency official, who helped design Stuxnet and other hacking tools, told me that most cyber offensive programs are designed to make the resulting damage look like an accident, while the size and The frequency of these latest attacks have the characteristics of sabotage. It is also unusual for a cyber attack to trigger a large explosion. On the other hand, another former official said that the fire at the Parchin missile factory, which was caused by a gas explosion, could have been caused by a cyber attack on the plant’s gas controls.

These former officials, and others I asked, emphasized that they have no internal knowledge of what happened. Some of the explosions could have been accidents; Iran’s record in handling complex technology is not stellar. But some of them were almost certainly deliberate. On Friday, Iran’s Supreme National Security Council said the cause of the Natanz fire had been “precisely determined,” but did not offer details later.

If spoilers were on the job, they are at least as likely to use outdated methods: smuggling a bomb and detonating it remotely. The New York Times quoted a member of Iran’s elite military unit, the Islamic Revolutionary Guards Corps, as saying that the explosion in Natanz was caused by a bomb, an astonishing admission of lax security at the most prized nuclear facility, and sensitive from Iran. The Times also quoted a “Middle East intelligence official” as saying Israel was responsible for the attack.

Furthermore, BBC Persian reporter Jiyar Gol reported Monday that, just after midnight on June 30, he received an email from an unknown group calling himself the Homeeta Cheetahs. The group, which claimed to be made up of dissidents within Iran’s military and security forces, said they had blown up a facility at the Natanz site two hours earlier. Gol went online to see if anyone reported such an explosion; He found nothing. Then, “several hours later,” the Iranian Atomic Energy Organization announced that an incident had occurred at the Natanz plant.

Could the bombing have been an inside job? Is it a sign of deep fissures within Iran’s most trusted security forces? Perhaps. Or, just as likely (if not more), Israeli forces want the Iranian regime to think so, in part to divert attention from themselves (and possibly discourage a retaliatory attack), in part to foster mistrust within from the high levels of the Iranian Government and deepen any fissure there.

The Jerusalem Post on Tuesday quoted Raz Zimmt, an Iran specialist at the Israel Institute for National Security Studies, saying these attacks, along with several other recent incidents and outbreaks of neglect and vulnerability, are having an impact on the Iranian public. These other incidents include the US drone attack that killed Iran’s most powerful military leader, Qassem Soleimani; an Israeli raid, in 2018, that seized half a ton of nuclear documents from an archive in central Tehran; and the total incompetence of the regime to deal with the COVID-19 pandemic, which has killed more than 11,000 Iranians. * “Fingers point to the regime that does not provide security for its citizens,” said Zimmt.

On Sunday, Iran’s new elected Parliament, strongly dominated by intransigents, interrupted Foreign Minister Mohammad Javad Zarif, accusing him of selling the country by negotiating the 2015 nuclear deal with the United States, an agreement that the President of the States United, Donald Trump has since revoked. , which resulted in the reimposition of economic sanctions that the agreement was beginning to lift in exchange for the dismantling of Iran’s nuclear program. On Monday, MPs called President Hassan Rouhani to ask difficult questions about the country’s numerous economic and security problems.

At Sunday’s session, Zarif told lawmakers: “They should know that we are in the same boat. We are all in this together. The United States does not recognize [the difference between Iranian] liberals, reformers and conservatives: revolutionaries and non-revolutionaries “.

It is a point that the Trump administration and the Israeli government should absorb. If you are responsible for the fires and explosions of the past few weeks, as part of your “maximum pressure” campaign to destabilize and destabilize the Iranian regime, you should know that the successors of Rouhani and Zarif are not the young people of western tendency. people who occasionally protested in the streets or dissident members of the Homeland Cheetahs (if such a group really exists). They are more likely to be the elite military and security forces, whose mistrust of the West has been heightened by Trump’s withdrawal from the nuclear deal, and who, if they come to power, will crack down on internal dissent and press faster on a military build-up against the United States and its allies.

Trump and his top advisers, especially Secretary of State Mike Pompeo and Israeli Prime Minister Benjamin Netanyahu, have long been pushing for regime change in Tehran. They must be careful what they wish for.

To learn more about Slate coverage, subscribe to What Next at Apple podcasts or listen below.