Who are the original 20 detainees at Guantanamo Bay? 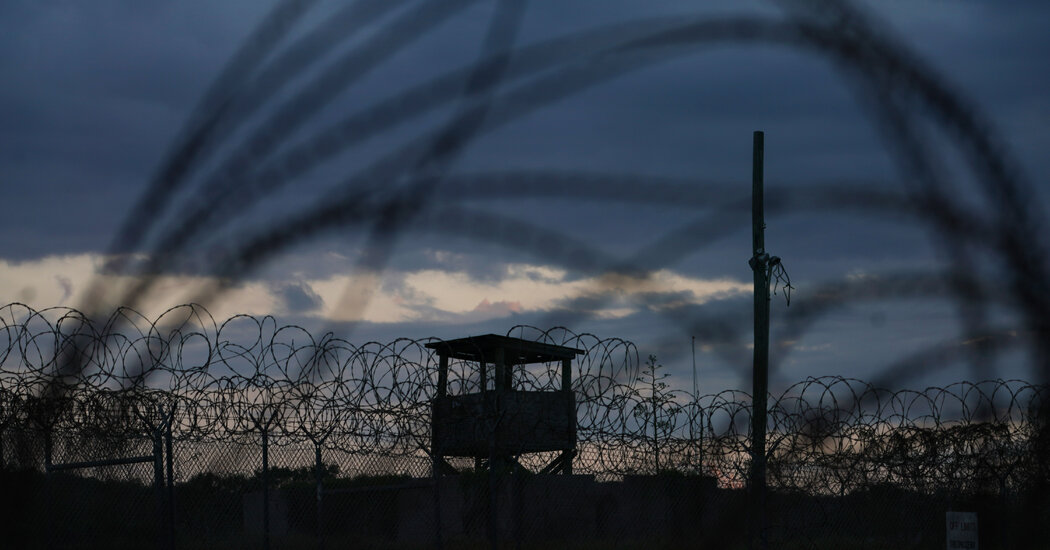 Mullah Mazloom, sometimes identified as Mullah Mohammad Fazl, was one of five members of the Taliban sent to Qatar in exchange for the release of Sgt. Bowe Bergdahl, who was taken prisoner by the Haqqani militant network in the tribal area of ​​Pakistan’s northwestern border. Mullah Mazloom, a former head of the Taliban army, is accused of having a role in the massacres of Shiite Hazara in Afghanistan before the US invasion in 2001, crimes that cannot be prosecuted by a military commission. In Qatar, he has become a member of the Taliban negotiating team that crafted an agreement to withdraw US forces from Afghanistan and determine a power-sharing agreement between the Afghan government and the Taliban. He traveled to Pakistan as part of the negotiating team in the summer of 2020, with the prior approval of the governments of the United States, Qatar and Pakistan.

Wasiq, a deputy intelligence minister before his capture in 2001, was also listed in Bergdahl’s trade and has joined the Taliban’s political office in Doha, Qatar. His brother-in-law, Ghulam Ruhani, was repatriated in 2007. Both men were captured after attending a negotiation meeting with US officials. Once transferred to Doha, where he remains, Wasiq also participated in the talks with the United States, which resulted in the release of more Taliban prisoners held by the Afghan government under an agreement with the Trump administration aimed at detaining insurgents. Taliban attacks on US forces.

Mullah Noori, a former provincial governor in Afghanistan, also joined the Taliban’s political office in Doha, Qatar. He and the other four Taliban prisoners who were traded for the release of Sergeant Bergdahl live as guests of the Qatari government, like many expatriates in Doha. They have been joined by their family, they have sent their children to a Pakistani school set up for foreign families and live on government stipends in a compound. Your ability to travel is regulated by the Qatari government.

Shalabi became one of the best-known Saudi prisoners at Guantanamo due to his long hunger strikes, which sometimes required force-feeding. After returning to Saudi Arabia in September 2015, he was immediately sent to prison with a three-year sentence that was interrupted for “good behavior” and was released in 2018 after a year or more in a rehabilitation program. He married and became a father, fulfilling a wish his attorney presented to the Guantanamo parole board in April 2015 “to settle down, get married and have a family of his own, and leave the past behind.”

Rahizi, a Yemeni national who the United States concluded could not be safely repatriated, is confined to a cell in the United Arab Emirates, according to activists who have spoken with families of Yemenis who were sent there for resettlement by the Obama administration. . . US officials said the Emirates had agreed to establish a reduction program for detainees unable to return home – to move from prison to a rehabilitation program to jobs in the area, which relies heavily on foreign labor. . That never materialized. The London-based Life After Guantanamo project describes the detention in the Emirates as grim and threatening, in part because the country has considered the involuntary repatriation of former prisoners to Yemen, where they would be in danger.

Malik, a Yemeni named Abdul Malik al Rahabi, lives in Montenegro, where the United States sent him for resettlement, and trying to sell artwork he painted while he was in Guantánamo. He was joined by his wife and daughter, who found life there socially incompatible, so the family moved to Khartoum, Sudan. But life was difficult there too, and they returned to Montenegro. Art sales stopped some time ago and Malik’s idea of ​​working as a driver and guide for tourists soured when the coronavirus pandemic hit.

As a Yemeni, Mr. Moqbel was ineligible for repatriation due to the civil war, which made it impossible for the Obama administration to negotiate secure security agreements. Instead, neighboring Oman agreed to take him, along with 29 other detainees, to one of the most successful resettlement programs. He has found work in a factory, is married and is now the father of two children, according to former Guantánamo prisoner Mansour Adayfi, who recounts life after the arrest of some former prisoners. As a general rule, former detainees in Oman refuse to speak to foreign journalists, apparently at the behest of the host nation.