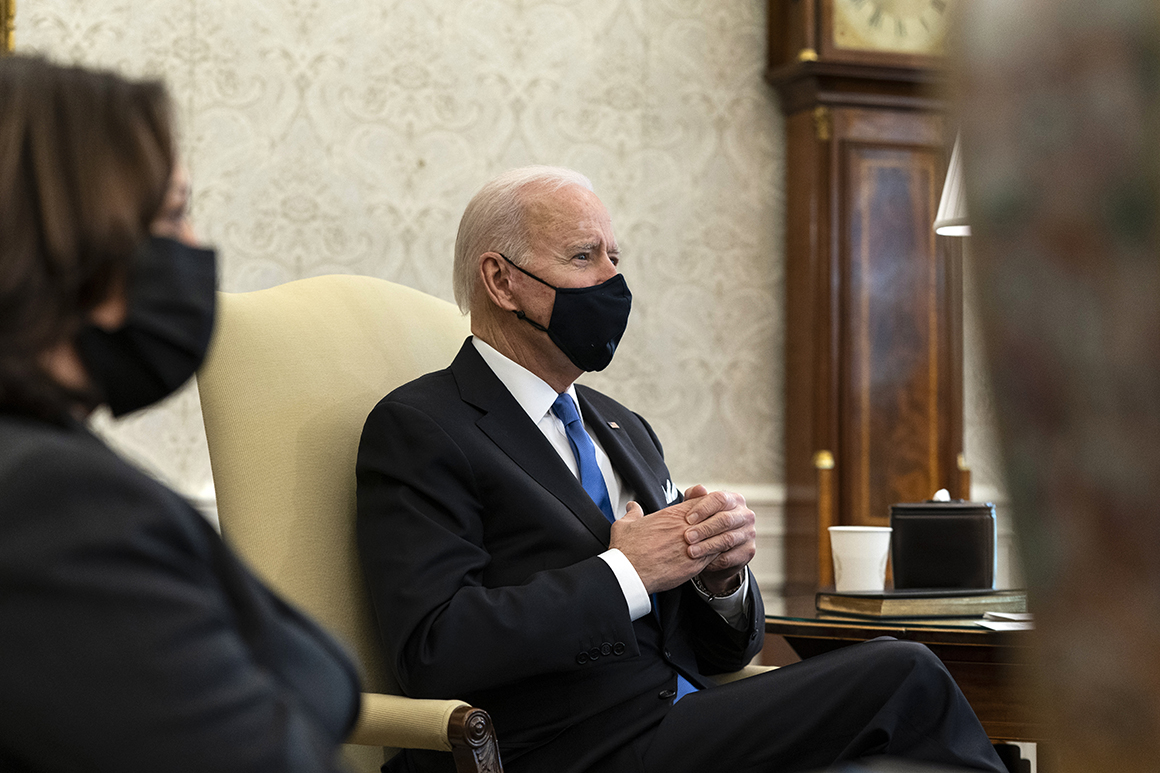 Negotiations with the Republicans would be one more step. And it would likely frustrate progressives and raise red flags among labor and advocacy groups who expect Biden to deliver on his promise to deliver a minimum wage of $ 15 an hour. Progressives argue that a gradual $ 15 floor over five years is already a compromise and would likely oppose any deal that was significantly lower.

“They don’t want to blow up the world politically and pay a huge political cost, but if politics lines up for a minor increase, Joe Biden generally wants to close deals,” said a source with knowledge of the administration’s thinking. The White House “is not doctrinaire on political grounds about what they sign,” the source added.

Cedric Richmond, a senior adviser to the White House, would only say that the administration is “exploring all options” and that internal deliberations are still in the preliminary stages.

“It’s still early in the game,” Richmond said. “This is not the point where you present your entire strategy for the world to see.”

The search for a way to pass a salary increase took on renewed importance this week after the Senate MP ruled that Democrats and the White House could not do so in the Covid relief bill that is considered under the rules of the reconciliation. Democrats are considering trying to pass the measure through reconciliation again, when Congress considers its second such bill in the coming months. But that would face similar hurdles, one of which is that several Senate Democrats have said they won’t support a $ 15-an-hour raise.

Moving a bill by regular order would not involve the parliamentarian. But it would require 60 votes in the Senate to pass, meaning all Democrats and at least 10 Republicans would have to sign. And that’s where, said former Senate Majority Leader Harry Reid, a key Biden ally, is where a deal may need to be reached.

“The minimum wage will be raised, it’s just a question of how much,” Reid said. “The House can go as high as $ 15 an hour, but I think when it comes to the Senate one way or another, it will be cut.”

The White House has repeatedly insisted that Biden remains committed to a minimum wage of $ 15 an hour. And in a meeting with Senate Democrats on Tuesday, the president reiterated his position: “We need to get to $ 15,” he said. “I fully support $ 15”.

But the White House, in the past, has telegraphed that a final negotiation could mean they miss that mark. And within Biden’s orbit, there is no strong desire to use the issue as a battering ram against the opposition.

“There is a zero percent chance that the White House will push the minimum wage down the throats of the Republicans,” said a source close to the White House.

On Wednesday, White House press secretary Jen Psaki repeated Biden’s pledge to a $ 15-an-hour wage. But when asked if the president would negotiate with Republicans, he said, “He’s happy to hear any ideas, but obviously I’m not going to negotiate from here.”

Attendees insist conversations with Republicans don’t necessarily mean missing $ 15 pay. There are other dimensions that could be negotiated, including extending the time period during which pay is increased, redefining affected businesses, and including others. Provisions to assist small businesses that may have to increase their employees’ wages.

Republicans have shown some comfort with salary increases, although not to the same extent as Democrats. Senators Mitt Romney (R-Utah.) And Tom Cotton (R-Ark.) Proposed a gradual increase in the minimum wage to $ 10 an hour along with an electronic verification mandate, which requires proof that employees can legally work in the country.

So far there has been no contact between Romney or Cotton and the White House about the minimum wage, according to two sources familiar with the matter. A Senate Republican Party aide said there are Republicans who are willing to have talks about the salary floor, but that the electronic verification mandate is likely a sticking point.

Sara Nelson, president of the Flight Attendants Association-CWA, argued that Biden could use the support he has built around the Covid aid package to pressure lawmakers to support a $ 15 minimum wage: He has “recovered all this support in their home districts and states. ”Nelson expected a $ 15 salary increase to be part of discussions about a jobs and infrastructure package that the White House is expected to focus on in the coming months. And He argued that Biden should pressure Republicans by building support for a salary increase with governors and mayors.