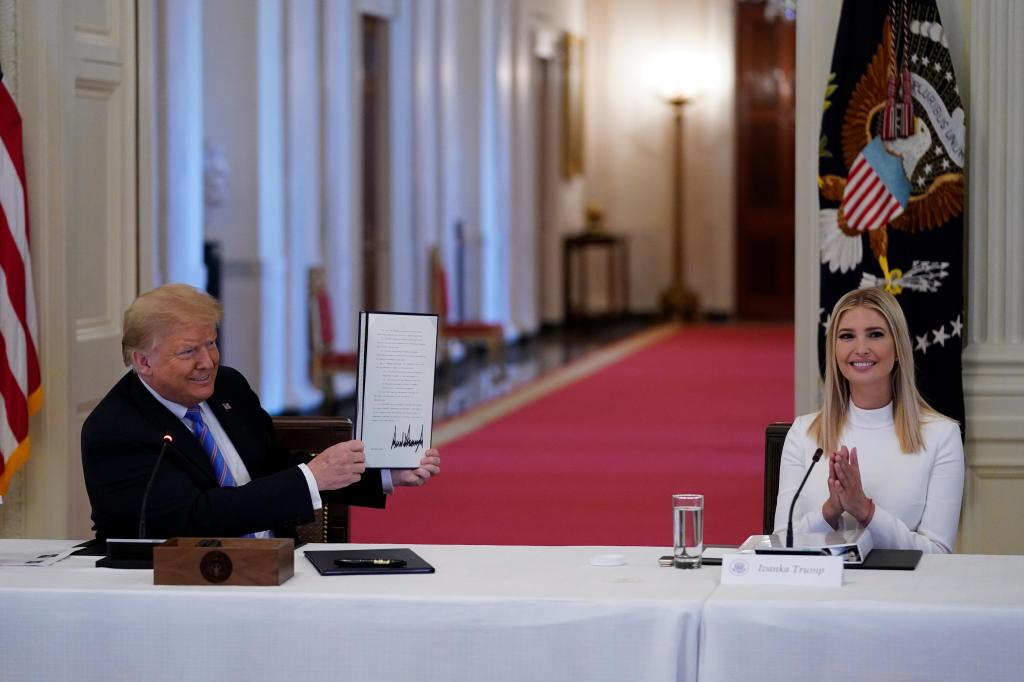 By DARLENE SUPERVILLE | The Associated Press

WASHINGTON – A new ad campaign backed by the White House aims to encourage people who are unemployed or unhappy in their jobs or careers to go out and “find something new.”

The Trump administration has long emphasized skill-based work and vocational training as an alternative to two-year or four-year college programs, arguing that college is not for everyone and that many jobs do not require a degree.

But the long-running effort has acquired a new sense of urgency after the coronavirus outbreak that cost millions of people their jobs, many of which may be lost forever.

The campaign is a product of the White House Workforce Policy Advisory Board, created by President Donald Trump in 2018. The board is co-chaired by Trump’s daughter and White House adviser Ivanka Trump, and the Commerce Secretary Wilbur Ross.

“There has never been a more critical time for Americans of all ages and backgrounds to be aware of the multiple pathways to career success and to gain the training and professional skills they need to fill jobs in a changing economy,” he said. Ivanka Trump, who graduated from the Wharton School of the University of Pennsylvania.

On Tuesday, the nonprofit Advertising Council announced “Find Something New,” which it created in collaboration with IBM, Apple, and members of the Business Roundtable, along with the White House and the workforce policy advisory board. .

The initial 30-second announcement features ordinary people talking about their experiences with career challenges and transitions. Among them is a fitness instructor who completed an apprenticeship program and became a welder after his gym sank, and a man who lost his job twice in a year took online certification courses and now works. as a technology consultant.

“I was fired twice, but you have to move on,” says the man, adding later in the announcement, “Now I’m a consultant in the tech space.”

Another woman says she did not have a career plan after finishing high school, but “I found an online medical course” and became a phlebotomist. “You’ll find something,” she says.

The companion website offers links to education and training options, including online and virtual learning.

Additional announcements are expected to occur. They will all appear nationwide on television, digital and print platforms in time and space donated by various media companies, the Ad Council said.

Funding was provided by more than 20 corporations and organizations, including Apple, IBM, and the United States Chamber of Commerce.

The Ad Council declined to disclose the cost of the campaign. that will last at least until the end of the year.