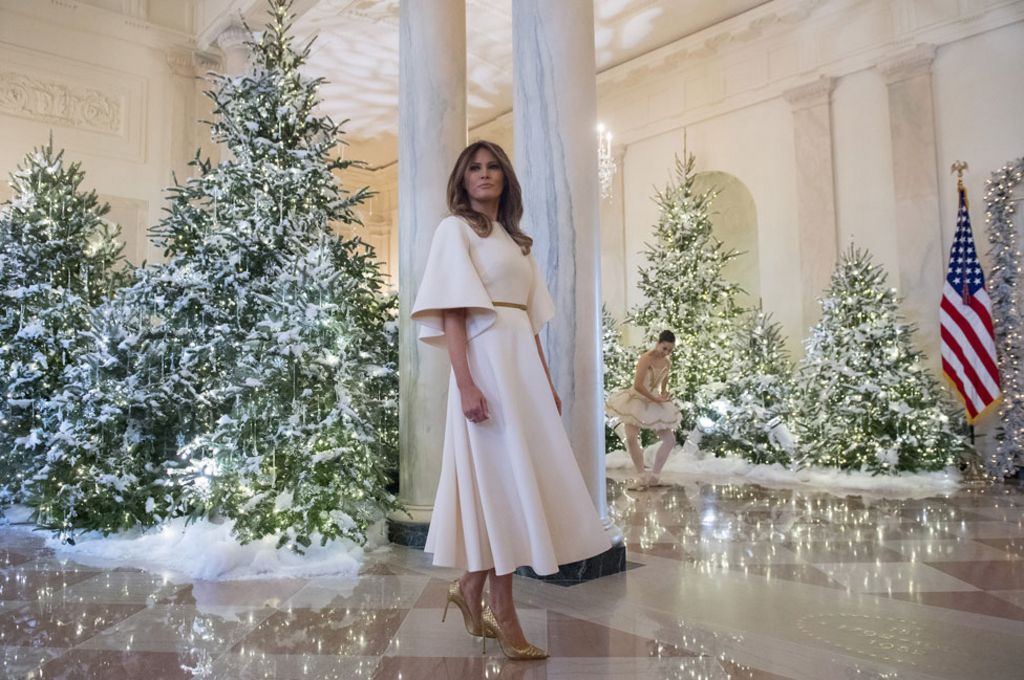 It was a warm day in the White House with the smell of roses in the air and it just felt like Christmas.

However, the holiday season was in full swing, a week earlier than many of its predecessors decided to begin.

Trump likes to do things differently, however.

With that spirit, here are five ways your Christmas is unique.

Traditionally, the Christmas tree of the first family arrives in a horse-drawn carriage a little after Thanksgiving.

For decades, this ceremony has marked the beginning of the Christmas holiday season in Washington.

This year, the tree arrived early, three days before Thanksgiving, apparently because of the president's travel plans. The next day, he went to his private club, Mar-a-Lago, in Florida.

Moving forward on the date of the tree arrival ceremony and the president's decision to leave the White House that week were important markers, said Katherine AS Sibley of St. Joseph's University.

She says it shows that he and his family did not make the White House a focal point in the way other early families did, like the Obamas, the Bushs and the Kennedys.

"It seems more like a complement to their lives instead of a central place," Sibley explained.

During the presidential campaign, Trump told his followers that people would soon say "Merry Christmas" instead of "happy holidays," which he has ridiculed as politically correct.

And in October he told the followers that he had kept that promise. "We're saying Merry Christmas again," he said.

For his followers, it is a symbol of defiance against the guardians of acceptable language.

But his critics say it does not make sense. President Obama often said so in his seasonal speech, they point out.

Other presidents said it but did not do much about it, says Timothy Naftali, presidential biographer at New York University.

"He [Trump] will pretend that he is the first president to celebrate Christmas," Naftali said.

A special gift for the people

It's not the kind of gift you'll find under the tree.

Tax cuts are not covered in gift paper.

The president described the proposed tax cuts as "a great, beautiful and beautiful Christmas present" for Americans.

And the plan has taken a big step to become a reality with the Senate pbading its bill.