As someone who has survived twice now, raising awareness about bad cancer is a daily task.

Having chosen to take a positive and creative approach to deal with my bad cancer trauma, I try to encourage others in situations similar to mine to do the same. I aim to empower young women to be brave and confident by gaining back a measure of control of their health – whether it be during an awareness month or not.

Regardless of your treatment choice, it is important you understand that you do have some power to turn things round for yourself.

Feeling powerless is a slow killer, whereas positivity can only do good. Of course, that’s easier said than done.

I believe information regarding the powerful effects of mindful living and even good old therapy should be put on billboards in order to empower individuals going through cancer – or any other type of physical or mental trauma for that matter.

I recently saw a tweet (with over 200 retweets) by Ken RutKowski stating that mental health should be advertised as much as physical health.

Just a thought – Mental health should be advertised just as much as physical health.

This is a notion I wholeheartedly agree with. We see a lot of adverts about cancer awareness and research (rightly so), but the ones addressing an individual’s internal well-being are far less frequently seen. This makes no sense to me, as it is well known that mental health affects physical health.

Raising awareness of bad cancer should be about empowering people, but not only through statistics, research, drugs, races and pink stuff.

Any awareness month is more useful if people are actually told what measures they can take to try to avoid the disease in the first place, how to deal with it and how to keep in good health after treatment by promoting self-help strategies.

Much needed awareness should be on the real cause of cancer such as processed food, stress, bad nutrition, the environment – genetics of course play a small part in this too.

Patients and non-patients alike should be encouraged to detoxify, supplement with the right nutrition, eat the right food, oxygenate on a regular basis, hydrate well, move, move, move and, of course, sleep well.

This is the kind of awareness I would love to see happening and this is what I share with others. Because being there for others is equally part of the recovery process, hence why I’m really involved in charity work.

Our latest was putting on a charity fashion show to raise money to help women in the Cameroon, my native Country. At the show I was inspired by my beautiful models, all patients and survivors, who never stopped smiling. I was particularly moved by the serenely beautiful Verity, who at the tender age of 17 is undergoing chemotherapy for ovarian cancer. She is an aspiring model and was the belle of the ball at the fundraiser. Her youth made me think of women like her, over 3000 miles away who don’t have access to free health care, nor do they have support for their mental well-being. 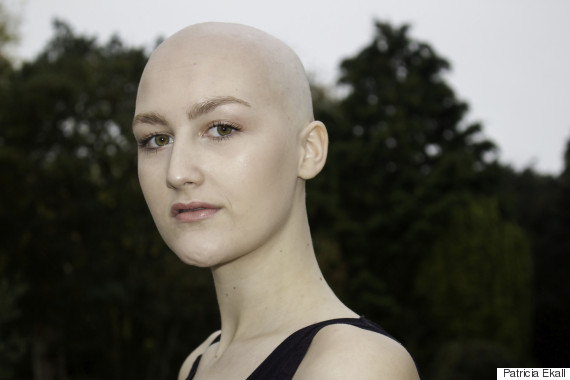 1 in 5 women in Cameroon are diagnosed with bad and ovarian cancer, but unfortunately, many die in silence because cancer is believed to be a curse from the gods – making it a taboo subject.

I, along with friends and supporters like Penny Brown UK have been working to help raise awareness that prevention is the key. And for that to be the case, we can’t be afraid to talk about cancer. Superstitions be damned.

So the thing about Breast Cancer Awareness Month is that it is crucially needed in third world countries like my beloved Cameroon. We’d all do well to ask ourselves: what can I do to spread awareness beyond the confines of my own community?

After an 11-year battle with cancer, it’s a question I am now endeavouring to answer.