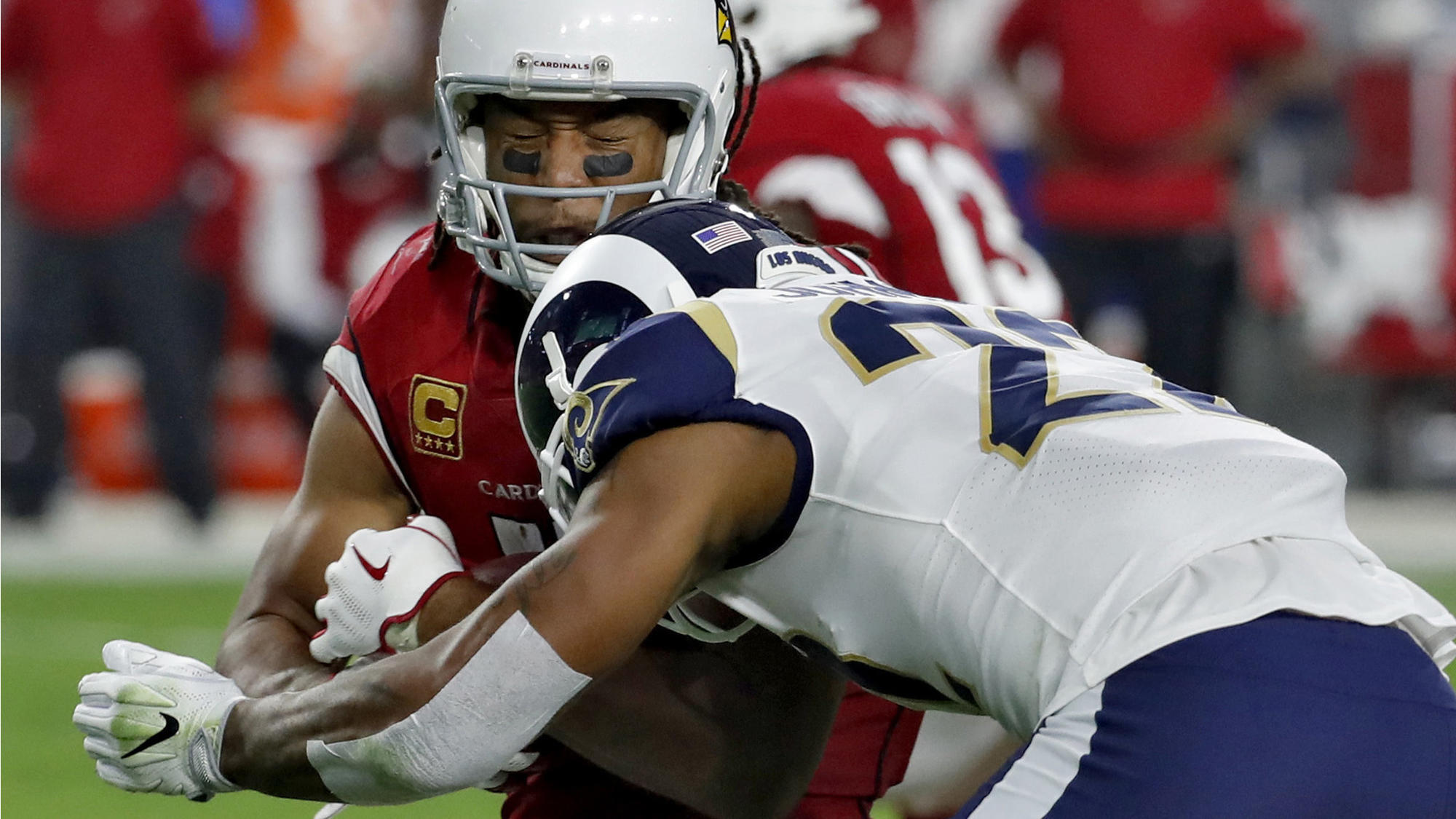 What we learned in the Rams' 32-16 win over the Arizona Cardinals:

Receivers Cooper Kupp and Sammy Watkins played well and Josh Reynolds continued to gain experience from an offense that was without Woods for the second consecutive game due to a shoulder injury.

Woods, the Rams' main receiver before being injured, is a goal that quarterback Jared Goff supported in important situations.

Woods has not practiced for two weeks, and is not expected to return possibly until the Rams play in Seattle in a few weeks.

Johnny Hekker is not rusty

For much of the season, the Rams' high-scoring offense kept his Pro Bowl crewman three times busy primarily as the starter in the field goal and attempts Extra points.

Against the Cardinals, Hekker was called to clear four times, and delivered one of the biggest plays of the game when he overturned the field with a 70-yard kick .

The play finally led to a Rams touchdown.

Alec Ogletree should probably have a different touchdown celebration

Ogletree had reason to be excited after intercepting a pbad and returning it for a touchdown, and his throw on the goal line showed his athleticism.

But the foot of 6 feet -2, 235 pounds Ogletree landed awkwardly on his right arm.

Ogletree later left the game due to a left elbow injury, and was quick to let reporters know he did not suffer the injury at his launch.

Anyway, a more field-based celebration might be advisable to move forward.

Joyner's switch from cornerback to free security continues to pay dividends for the Rams.

It also seems that he will pay Joyner, who is in the last year of his contract. [19659004] Joyner intercepted a pbad on the first play by the Cardinals and returned it 46 yards to establish a touchdown.

It was Joyner's third interception, tying with linebacker Mark Barron for the team's lead.

The rookie linebacker started in place of the injured Connor Barwin, and made five tackles.

Ebukam did not have any of the Rams' six serves: Aaron Donald, Ethan Westbrooks, Matt Longacre and Robert Quinn did the damage – but they acclimatized to play extended periods and should be more comfortable this week if Barwin remains sidelined while recover from forearm surgery.

Special teams are making a difference

Kicker Greg Zuerlein, the aforementioned Hekker and returner Pharoh Cooper get most of the glory.

Both plays were fundamental to contain the Cardinals.