What to know on November 14 – NBC 4 Washington 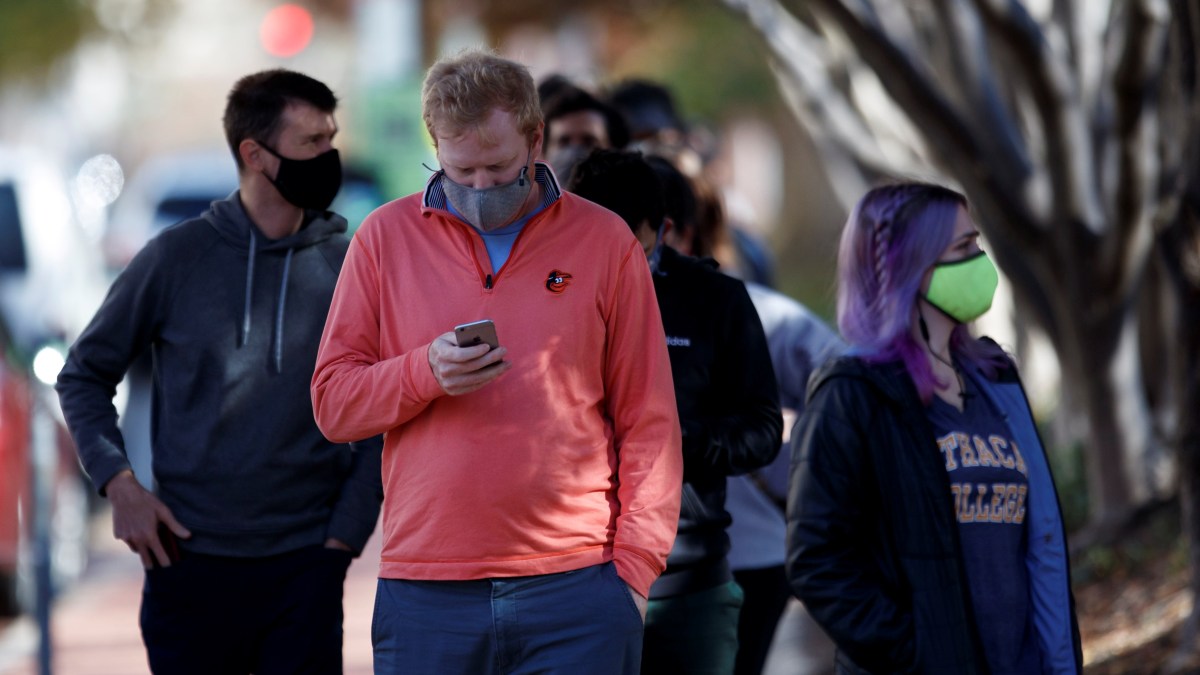 As DC, Maryland and Virginia report an increasing number of coronovirus cases, some businesses in the region are ready for new restrictions to be imposed at the end of the weekend.

Maryland added a record number of new coronovirus cases on Saturday: 2,321. This is the first time a day’s jump was over 2,000 cases.

DC’s daily case rate is still climbing and was hospitalized in Virginia for the first time since May.

Leaders are working this week to combat the spread of the virus by restoring sanctions.

Low capacity on restaurants and strict limits on the size collected on Sunday in parts of our region, in Prince George’s County at 5 pm and in Virginia at midnight. Earlier this week, he made an impact for all of Maryland and Montgomery counties.

Earlier this week, DC Mayor Muriel Boeser said she is not ruling out the possibility of some opening of number two if the number gets worse.

Prince George’s County has allowed two hotels to reopen after closing due to violations of coronovirus restrictions.

About a month later, Prince George’s County Police were spotted outside the Hampton Inn and Suites in National Harbor, in which the teen participated.

According to the notice posted in each business, the hotel was ordered to shutter “to protect health and safety”.

Coronavirus cases by Niharika in DC

What does the data show

After a week where this record was broken several times, the average number of daily coronovirus cases in the state is 1,596.

In the past, 20 people have died in Maryland from COVID-19. A total of 4,144 deaths have been reported since the epidemic began.

Prince George’s County is taking the toughest stand ever against violators of its coronovirus rules. County leaders are temporarily closing two hotels in National Harbor, saying they have ignored months of warnings. Prince George’s County Bureau Chief Tracy Wilkins reports what lies ahead.

Other metrics point to a worsening crisis in Maryland.

The statewide positivity rate has increased to 6.16%. A total of 920 Marylanders are hospitalized with COVID-19, an increase of 120% in the previous month.

DC reported the city’s first COVID-19 death of a 55-year-old woman since Monday.

Currently the daily case rate is 17.8 per 100,000 population, which indicates that the “substantial” community is spread above the phase two targets.

In a positive sign, the hospital utilization rate increased slightly from 90% to 88.2% between Friday and Saturday, bringing that metric back to line-two goals.

Subsequently, two fewer patients with COVID-19 were reported to be hospitalized in the city.

DC’s seven-day rolling average case now stands at 132. For the last four days, the average has been in the three digits, nothing has been seen since May.

The case of Virginia is not growing rapidly. The state on Saturday counted 1,008 new cases, which is lower than the seven-day average of 1,042.

Hospitalizations are increasing steadily. On Saturday, 1,019 Virginians were hospitalized with a confirmed COVID-19 case. He is up from 798 a week ago.

The last time more than 1,000 people were hospitalized in Virginia with coronovirus.

The map below shows the number of diagnosed coronovirus cases per 100,000 inhabitants.

How to be safe

There are ways to reduce your risk of catching coronavirus. The CDC guidelines are as follows: