What NC State needs to make the NCAA tournament :: WRALSportsFan.com 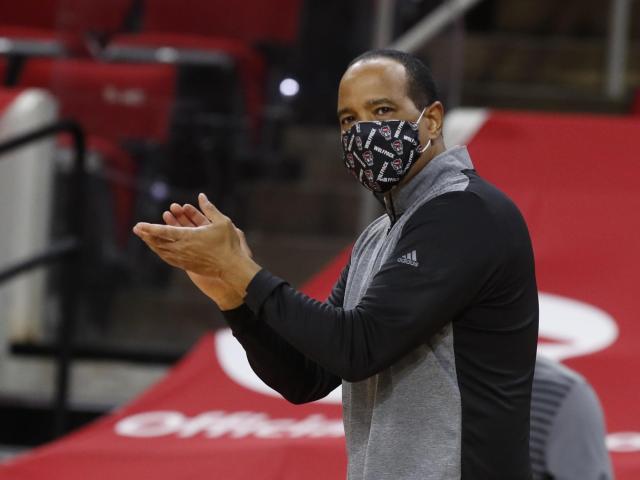 With five consecutive victories, NC State has done the only thing it can to put itself in the NCAA tournament bubble conversation.

The one thing NC State (13-9) can’t control is what other teams in the bubble do. But a little “bubble of luck” could be what determines the fate of Wolfpack’s NCAA tournament.

(Along with wins over Syracuse and Virginia this week at Greensboro in the ACC tournament, of course).

There’s a tendency to look at NC State’s (Notre Dame, Wake Forest, Virginia, Pittsburgh twice) victories since a home loss to Duke on Feb. 13 and shrug it off. Only the 68-61 victory in Virginia on February 24 really boosts Wolfpack’s resume in the NCAA.

(Not winning at Clemson on Jan. 5 in overtime, after leading most of the game, didn’t help, either.)

But the bubble is never just about what your team has done. It’s also about what the other bubble teams have done.

Consider what some other teams, better positioned three weeks ago, have done recently:

Since defeating NC State on February 13, Duke (11-11) has split its six games with costly losses to Louisville, Georgia Tech and UNC.

In Saturday’s loss at UNC, Duke no longer seemed like a team interested in playing basketball this season.

The Blue Devils are 11-11 for the ACC tournament and basically have to win it (five games in five days) to extend their NCAA tournament streak, which began in 1996.

Two teams, Georgia in 2001 and Villanova in 1991, received overall offers for the NCAA tournament with a 16-14 record (.533 being the lowest percentage for an overall team).

But those teams had the benefit of superior schedule strength ratings. In a pandemic, that metric has mostly been neutralized. Or in Duke’s case, he just has “good losses” outside of ACC and played an abbreviated schedule, so it won’t help.

Boise State was 16-4 after a home win over UNLV on February 13. The Broncos have been 2-3 since then and lost their last three games.

The Broncos (18-7) have a quality win outside the Mountain West conference over BYU and wins within the league over bubble teams Colorado State and Utah State.

A piece of parlor intrigue that we’ll probably never get an answer from: How much will MWC Commissioner Craig Thompson on the selection committee help Boise, CSU and Utah State?

When you look at the edge of the bubble, there are three MWC teams there. Even one who enters (without winning the conference tournament) takes an overall spot off the board.

UCLA is in the field on most support screenings. The Bruins are 17-8, but the highlight of their résumé is that “they haven’t done anything stupid” except for the current three-game losing streak.

The Bruins have played three teams that are likely to be on the field in the last three games (Colorado, Oregon, USC) and lost all three.

I really like “your losses don’t matter as much as your wins”, but at some point you have to stop losing games.

The Bruins have a lot of empty calories on their résumé and not a lot of substance.

How will the committee treat teams that look good on paper (and should be rewarded for having games on the books in a pandemic) but don’t have many good wins?

We won’t know the answer until Selection Sunday.

Syracuse was 12-6 on February 13 after a home win over Boston College. Since then, Orange has won 4 of 6, including key victories over UNC and Clemson.

The good news for NC State is that Wolfpack will face Orange in the ACC tournament. The bad news is that Syracuse swept the regular season.

Syracuse, like NC State, has an annual timeshare in the bubble (at least since leaving the Big East in 2013). The Orange have few wins in “Q1” (1-6, a win at NC State on February 9) but have beefed up their résumé with three wins over teams likely to be on the tournament field (UNC, Clemson, Virginia Tech ).

This game in Greensboro on Wednesday feels like NC State’s ACC tournament showdown with Clemson in 2019. The winner may not be in the NCAA tournament, but the loser is definitely out.

NC State beat Clemson in that ACC tournament game and then lost the next day to Virginia. The Wolfpack ended up at the NIT.

Will history repeat itself or is this NC State team different?