What Danny Ainge had to say after the NBA trade deadline 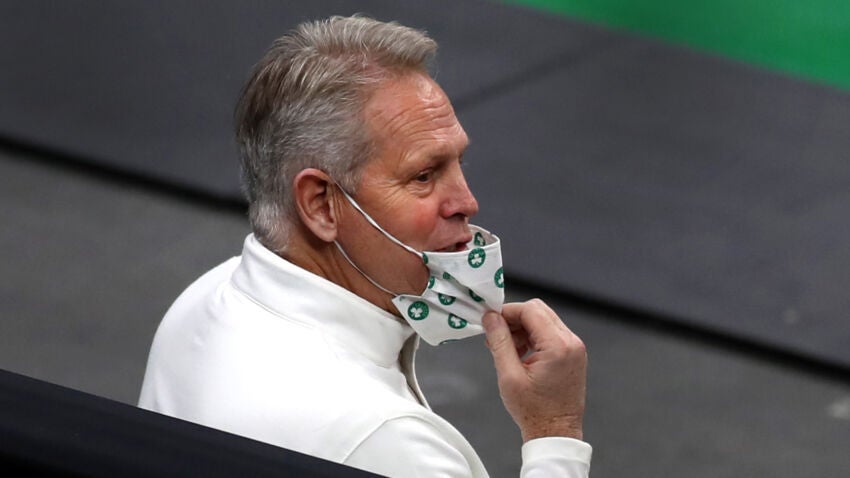 After the NBA trade deadline on Thursday, Celtics president of basketball operations Danny Ainge first met with reporters at a virtual press conference before calling 98.5 “Toucher & Rich.” from The Sports Hub for a second interview.

Boston added Evan Fournier, Moritz Wagner and Luke Kornet in a pair of trades, sending Javonte Green, Daniel Theis and Jeff Teague in exchange (along with a pair of second-round picks). The moves came amid questions about the Celtics’ current 2021 season ceiling, as the team is 4-6 in the last 10 games and ranked eighth in the Eastern Conference.

At the press conference, Ainge said that despite the team’s struggles (the Celtics are currently 21-23 due to high preseason expectations), he didn’t think he would have been forced to make a trade.

“I didn’t feel the pressure to do any of these things,” Ainge said in response to Gary Washburn from The Boston Globe. “I feel like this is a deal that I would have made at any point in the last few years, probably with this opportunity.

Ainge immediately added that he felt pressure, but in a different sense.

“I think the biggest pressure is that I want our players to feel hope,” Ainge said. “I want our coach to feel hopeful, and I felt some internal discouragement with our guys. So that was one of the reasons I did something now instead of waiting somewhere later. “

In a follow-up question from Washburn, Ainge elaborated, noting that “discouragement” is not unique to the current Celtics team.

“I talk to the players, I am with the team in the dressing room and I can feel a feeling of discouragement and frustration as would happen with any team that is playing below what they think they can play,” explained Ainge. “This is not a single incident or a single personality.

“There is a difference when things are really going well and when they aren’t,” Ainge continued. “I know the boys are trying. Our coaching staff works tirelessly and our players are working every day, dedicating their time. They go through moments of real optimism and hope. I can see it in his game. But when you’re not meeting your expectations, there is an opportunity for discouragement and frustration. I think that happens with all teams. It has happened with all the teams that I have been associated with. “

Ainge, referring to Fournier, said his hope was that the veteran would “give us a jolt.”

One theory regarding the trades was that both were done in part to give some of Boston’s younger players more playing time.

“They’re not moves specifically for that, with the exception of Robert,” Ainge told “Toucher & Rich,” referencing center Robert Williams. “I think he’s getting better and better, and we’re excited about his progress.”

And like any trade deadline, much of the previous discussion was accompanied by unsubstantiated rumors.

Ainge was asked if the reports in recent days about the possibility of a trade involving Marcus Smart had any truth.

“Those were all made up things,” Ainge replied. “I read a headline that said something about the Celtics going to trade some first-round picks and Marcus Smart for this specific guy. I don’t even know where that comes from. “

“I’m not sure I have assured anyone that I would never change them,” Ainge added when asked if he had personally told Smart that the reports were not true. “But I probably discussed some of the exchanges that were being talked about. I don’t want to change Marcus. “

On the subject of Smart, you just got it right eight percent From his 3-point attempts in the fourth quarter of this season, Ainge reiterated the importance of the 27-year-old to the team.

“Listen, guys go through crazy depressions. Good players go through bad times, “said Ainge. “Marcus has been through shooting potholes before and I’m sure he will come out of it. We need Marcus to take and shoot, just like any other player on the court. “