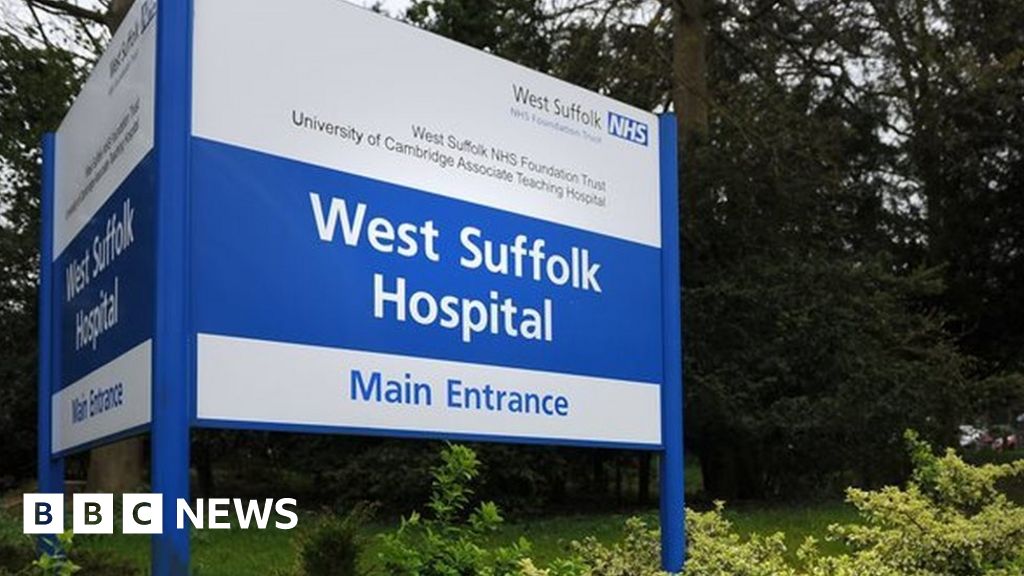 A patient admitted to the hospital died of an inappropriate drip.

Susan Warby, 57, was admitted to West Suffolk Hospital in July 2018 with a perforated bowel, but was given dextrose drip instead of saline one.

She died of multi-organ failure and other complications.

Coroner Nigel Parsley said his death was “contributed by unnecessary insulin treatment” and his report would include his concerns about labeling.

Mrs Warby, from Bury St Edmunds, was hospitalized on 26 July and died on 30 August.

‘Shortage of its reserves’

The examination revealed that after bowel surgery, the contents of the drip were not properly examined and the dextrose remained for 36 hours.

Medical teams had seen an increase in blood sugar levels, but instead of testing for drip gave them less insulin.

“This, in combination with her other co-morbidities, reduced her physical reserves to fight her naturally occurring disease.”

Earlier this year, Susan’s widower John Warby said an anonymous letter “knocked him sideways” when he uncovered errors in his wife’s care.

Speaking after questioning, he said that the hospital trust has since “made many changes, which I am happy about”.

A spokesperson for West Saffolk Hospital said that “aspects of his care may improve and we should apologize for this”, adding that “we will review the coroner’s findings in detail”.