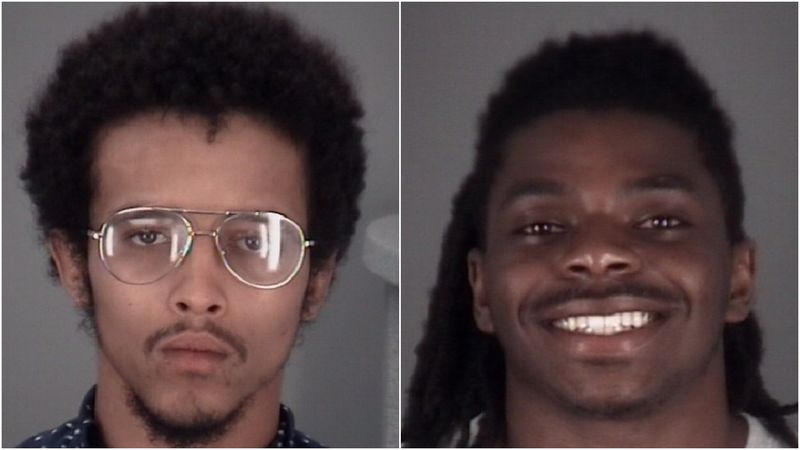 WESLEY CHAPEL – Two armed intruders were shot dead and a third was wounded when a homeowner shot them early Friday morning, according to the Pasco County Sheriff’s Office.

The homeowner said he was inside his house playing video games when at approximately 12:43 am he heard the glass in his laundry room door shatter, according to a sheriff’s report. He saw an arm reach inside to open the door. Then the owner said he saw a masked man come in and point a gun at him.

The owner said he grabbed his 9mm Glock pistol, which was only a few meters away, and shot the intruder multiple times. He saw the intruder fall, according to the report.

Then a second masked intruder entered the house, and the owner said he also shot him. That intruder also collapsed.

The masked men were pointing their guns at the homeowner when they were shot, Pasco Sheriff Chris Nocco said.

The owner said he then saw a third intruder enter, according to the report. The owner started shooting again, but said his Glock had jammed. Then he said he grabbed a 10mm Kriss Vector semi-automatic rifle, but did not fire it. The third intruder had escaped.

The owner said he called his neighbor for help and told him that he had just shot two intruders. While the owner was on the phone with 911, he said, he heard his neighbor scream outside: the neighbor had arrested the third intruder, who was wounded, at gunpoint in the front yard. The owner came out to help.

“The victim reported that he shot all three intruders because they were armed and forced his entry into his home and believed they were going to kill him,” an arrest report said.

When officers arrived, the two intruders were pronounced dead at the scene. The third was taken to the hospital for medical treatment.

He was identified as Jeremiah Tramel, 19, and was still in a hospital on Friday, according to the Pasco Sheriff’s Office. The two intruders who were killed were Luis Casado and Khyle Durham, both 21 years old.

Tramel was questioned at Tampa General Hospital but was denied participation, agents said. He then told them that Casado wanted to rob the owner of the house, according to his arrest report, so he rode with the two men. They wore masks and gloves and armed themselves.

When he heard gunshots, Tramel said he entered the house and ended up getting shot, according to the report.

Nocco said investigators asked the owner why he may have been attacked. He told them that he posted many photos of his weapons on social media and that may have been the reason. Nocco said he appears to know the intruders, but did not elaborate.

“This is not a total random situation,” he said.

The sheriff said the intruders who died have a history of violent crime.

“This is not outside the norm of their activities to use violence,” he said.

Casado has faced charges such as attempting to flee and elude an officer, driving under the influence, possession of a controlled substance, misdemeanor possession of marijuana and resisting an officer without violence, according to Pasco County Jail records. Durham has faced charges of car theft, misdemeanor crimes, resistance to an officer without violence, trespassing, and numerous charges of violating his probation, records show.

The sheriff said the surviving intruder, Tramel, faces charges of armed invasion of his home and two counts of serious murder. According to the state felony murder law, murder charges can be filed if someone dies in the commission of a crime. In this case, that would be the death of his accused accomplices during the invasion of the house. The Pinellas-Pasco State Attorney’s Office will also investigate.

Sheriff officials did not identify the owner because of his interpretation of Marsy’s law, a constitutional amendment that is designed to protect crime victims, but also deprives the public of information that has historically been provided in Florida. The agency did not disclose the direction of the shooting, only saying it took place near the intersection of State Road 54 and State Road 56, near the Tampa Premium Outlets outdoor mall.