We have cut aid to Yemen and children will starve – is this what global UK means? | Global development 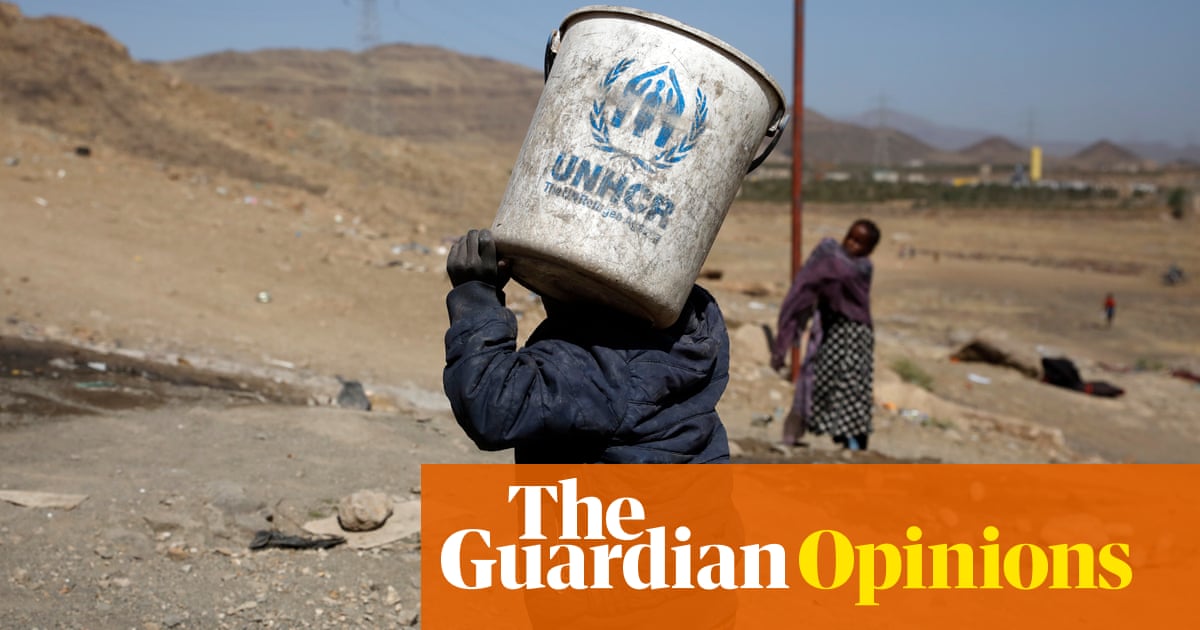 TThree weeks ago, Foreign Minister James Cleverly told me that in the face of drastic cuts in the UK aid budget, Yemen would remain a priority country for the UK and the government would use the full force of its diplomatic efforts. to achieve peace.

On Monday those words rang hollow when he announced that the UK was cutting humanitarian aid to Yemen by more than 50% compared to last year. As a result, an already devastated country is now facing the worst famine in decades, and the prospect of lasting peace seems more distant than ever.

Yemen is mired in a catastrophic humanitarian crisis. Since 2015, the country has been embroiled in a devastating civil war that has killed hundreds of thousands, including tens of thousands of civilians. Many millions more are grappling with the destruction of critical infrastructure, including hospitals and homes, internal displacement, and a deepening economic crisis.

This protracted and complex situation is only getting worse, with 80% of the population, including 12.4 million children, now in need of humanitarian assistance. Despite this clear need, the International Rescue Committee (IRC) suggests that 3 million fewer Yemenis were receiving aid each month at the end of 2020 compared to the beginning of the year. Abeer Fowzi of IRC Yemen said that “never before have Yemenis faced so little support from the international community, or so many simultaneous challenges.”

Today, the biggest threat Yemenis face is severe hunger. Mark Lowcock, UN undersecretary general for humanitarian affairs, warned that 50,000 Yemenis are already living in famine conditions and 400,000 children under five are at risk of starvation in the coming weeks.

The UN was seeking nearly $ 4bn (£ 2.9bn) of humanitarian funding to prevent immediate disaster and help 16 million people survive across Yemen. The UK was expected to maintain previous levels of aid at around £ 200 million last year. Lowcock has said that anything less would be catastrophic for the prospects for peace in the country, making the UK’s £ 87 million pledge even more tragic.

In January I was warned that British ambassadors in developing countries were being asked to cut their aid budgets by 50-70%. When I raised this with Foreign Secretary Dominic Raab, he said he did not recognize the figure. Monday’s cut to aid for Yemen confirms my worst fears: that these numbers are true and that even those in the most desperate humanitarian crises are not safe.

There remains a shocking lack of transparency from the government about where wider aid cuts will occur and I am not aware of any consultations with NGOs or partners in the global south to minimize their impact. I have heard about upcoming cuts to projects that seek to empower girls to know their rights and report cases of violence, while warnings have also been issued on programs related to nutrition, sanitation and water hygiene and sexual and reproductive health. The analysis suggests that due to government cuts, 5.3 million fewer children a year will be immunized and 4.5 million fewer will get a decent education.

As other G7 countries step up their aid commitments, the UK, despite hosting the G7 summit later this year, is not doing the same. In Yemen, the UK could have chosen to help avert a catastrophic famine and lay the foundations for peace, but has instead decided to turn around. The words that are often repeated are that Yemenis are not starving, in fact, they are starving.

It is even more perverse that the government made this decision while maintaining arms exports to countries linked to the civil war. On this, they have ignored calls from Labor, their own secondary banks and President Joe Biden, who, in his first foreign policy speech, announced an end to all war-relevant arms sales in Yemen.

However, there is a broader concern: These decisions are setting a disturbing precedent for what “global Britain” really means, still largely undefined. Reducing support for Yemen not only puts us dangerously out of step with our allies, but we are consciously leaving millions on the brink of starvation. Is this really what the global UK should be?