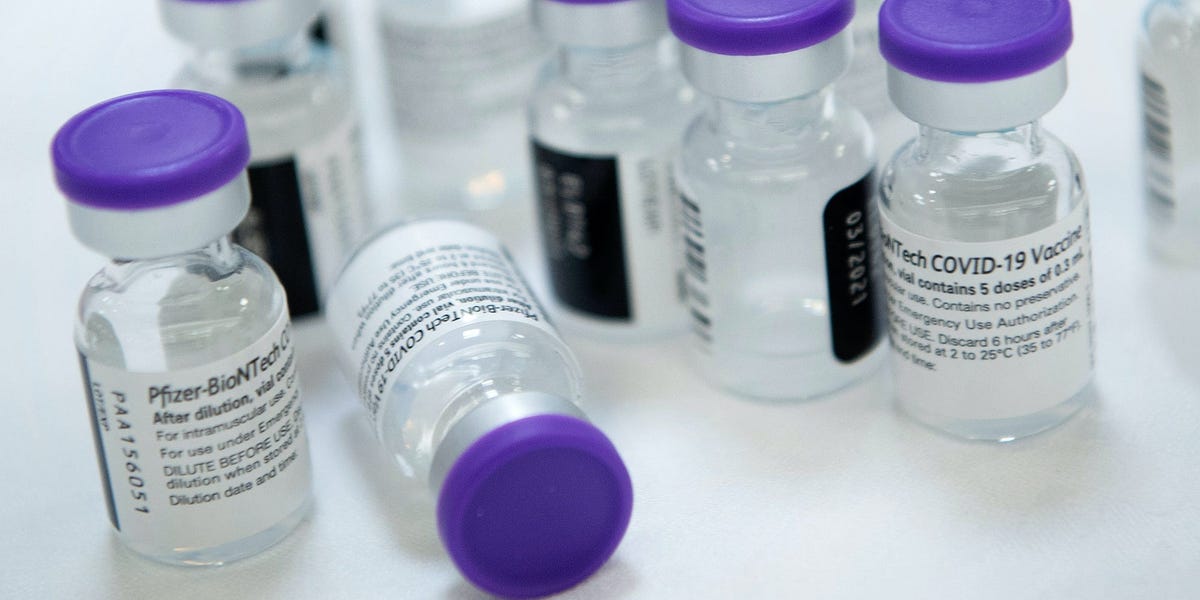 Scientists are experimenting with COVID-19 vaccine technology as a way to treat terminal illnesses such as cancer and HIV, Inverse reported.

This is because the coronavirus pandemic prompted scientists to create a one-of-a-kind vaccine using mRNA, or a small portion of the spike protein from a coronavirus particle, to create an immune system response that protects against the virus. infection.

It’s an approach vaccine researchers have been studying for the past 25 years, Insider previously reported.

Following the results of effective clinical trials and millions of successful vaccinations with mRNA-based COVID-19 vaccines, researchers are now investigating how the discovery could lead to other coveted treatments.

Scientists at the University of Texas MD Anderson Cancer Center are preparing to study mRNA as a cancer treatment right now.

They believe the mRNA could be used to prevent cancer recurrence, said Dr. Van Morris, an oncologist leading the clinical trial, in a recent article on the MD Anderson website.

The likelihood that the cancer will recur varies by type of cancer and is most common with ovarian cancer, bladder cancer, and glioblastoma. Recurrence occurs when small numbers of cancer cells remain in the body after treatment, multiply, and in some cases travel to other areas of the body.

In the trial, which is currently in its second phase, doctors examine cancer patients who had tumors removed and underwent chemotherapy. Once tests reveal cancer cells still circulating in their bodies, researchers create individualized mRNA cocktails.

“We are hopeful that with the personalized vaccine, we are priming the immune system to go after residual tumor cells, kill them, and heal the patient,” Morris said.

Scientists at Scripps University in California are also looking at HIV, a sexually transmitted infection that affects 1.2 million people worldwide, as a candidate for an mRNA vaccine.

Similar to the way the COVID-19 vaccine attaches itself to the spikey coronavirus proteins and kills them, the HIV vaccine could do the same with HIV particles, said William Schief, an immunologist at Scripps Research who helped to develop the HIV vaccine in a phase 1 trial. In a press release.

Now that Schief’s team knows that mRNA can be used to attack and kill HIV, they will use that technology in future studies in hopes of creating an HIV vaccine soon.

Since the advent of the COVID-19 vaccine, researchers have also turned to the diseases they anticipate will become bigger threats in the coming years.

Scientists at the University of Oxford who collaborated with AstraZeneca to develop its COVID-19 vaccine are now working on a vaccine to treat gonorrhea, a sexually transmitted disease, Insider previously reported.