Watters criticizes critics of Roger Stone’s commute: “Bill Clinton, did you not forgive your brother?” 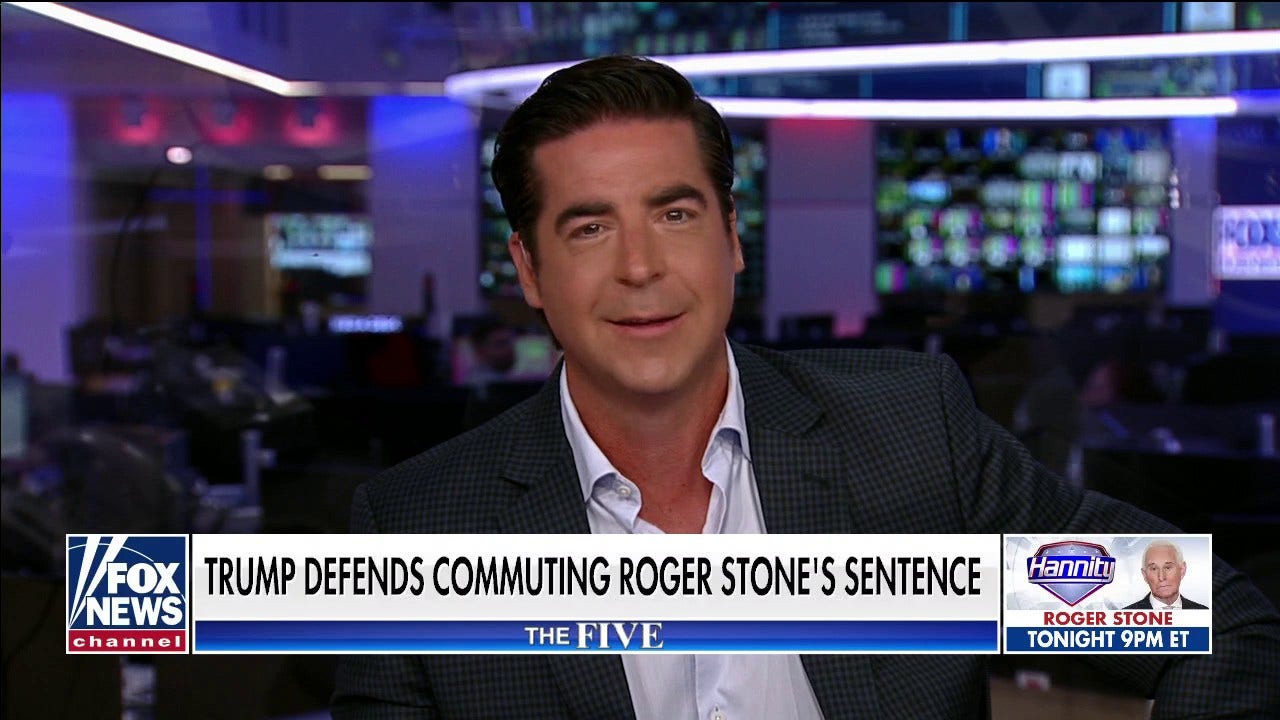 “Stone is not a saint and has been in the gutter for decades, but he is not a criminal either,” said the host of “Watters’s World.” “He is an old man who likes to talk a lot of trash and get caught up in a frame job.”

Stone, 67, was due to appear in federal prison Tuesday to begin a 40-month sentence after being convicted in November 2019 of seven counts of obstruction, witness tampering and false statements to Congress in connection with the investigation of Russia.

“If a man puts a gun on you and he is a police officer and you throw the gun into the river, you cannot be charged with obstruction,” Watters continued. “It is a dirty investigation, and we know it was an unsubstantiated investigation. There was no collusion.”

Trump’s commutation of Stone’s sentence has drawn criticism from Democrats and the media, as well as Republican Senators Mitt Romney of Utah and Pat Toomey of Pennsylvania.

Watters later pointed out what he considered to be the most egregious pardons by Democratic Presidents Barack Obama and Bill Clinton. Obama, he noted, commuted the sentence of former Army intelligence analyst Chelsea Manning, who was convicted of passing classified information to Wikileaks.

Host C Greg Gutfeld said Obama also commuted the sentence of Oscar López Rivera, a leader of the Puerto Rican separatist terrorist group FALN, which has claimed responsibility for dozens of urban bombings in the U.S.

“Bill Clinton, did you not forgive your brother? Or your business partner?” Watters asked. “But this is the craziest thing: He forgave the biggest tax trap [financier Mar Rich] because his wife gave $ 1 million to the Clinton Foundation. Come on! A little perspective. “

Gwyneth Paltrow says she knew that her marriage to Chris Martin had ended ‘unknowingly’ before she went unannounced.