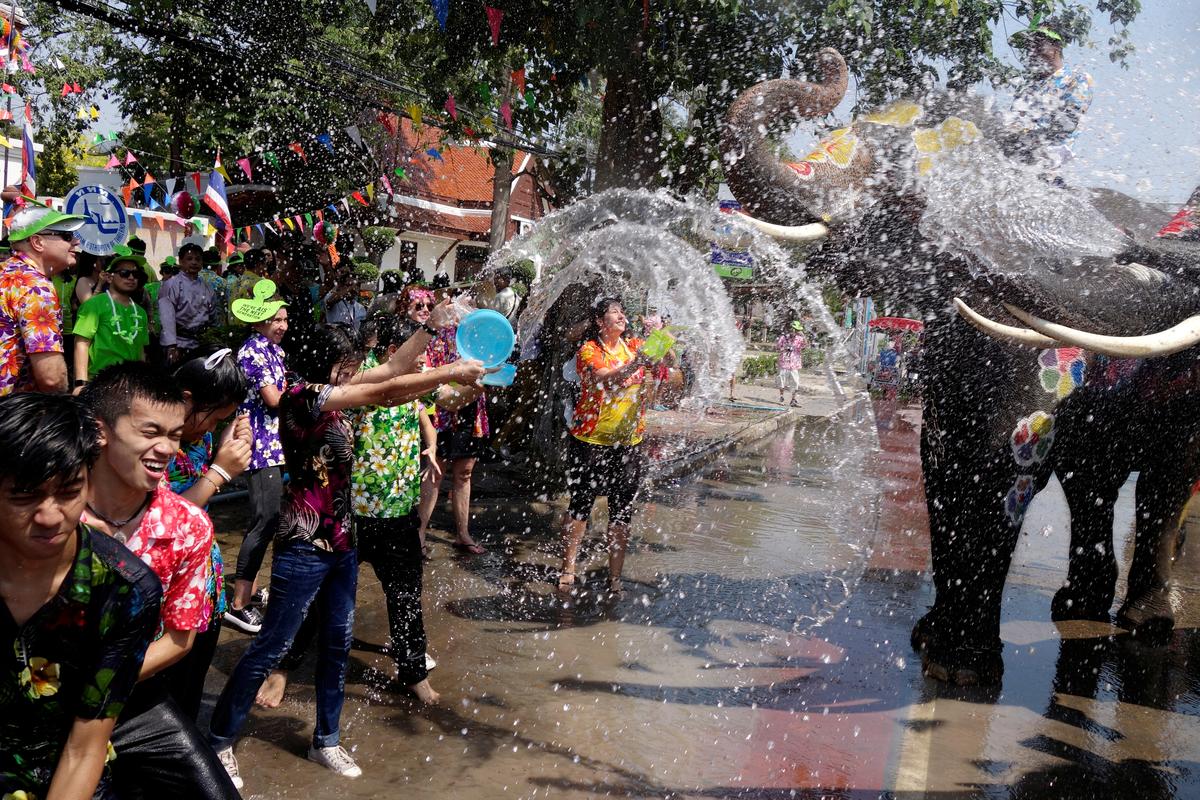 BANGKOK (Reuters) – The video begins with revelers throwing water on the side of a road while celebrating Songkran, the festival that marks the beginning of the traditional Thai new year.

Elephants and people play with water during the celebration of the Songkran Water Festival, to commemorate the New Year of Thailand in Ayutthaya, Thailand, on April 11, 2018. REUTERS / Jorge Silva

Then the camera makes a terrible accident and the group are trying to extinguish the flames that surround the vehicles.

This is one of several public service announcements that will be issued before the New Year holidays, when Thailand sees an increase in road deaths as many people leave the cities to their homes in the countryside.

Known as the "Seven Deadly Days", the days before, during and after the Songkran festivities increase accident rates, and drunk driving is responsible for many accidents.

The seven days began on Wednesday of this year and will end on Tuesday.

The party is often referred to as the largest water fight in the world, with revelers throwing water at pbading cars and motorcycles that sometimes deviate to avoid being sprayed.

Thailand's roads are among the deadliest in the world, according to the World Health Organization, and there have been few improvements despite security campaigns in recent years.

On Tuesday, six migrant workers from Myanmar died when their double-decker bus crashed into a ditch near the border town of Mae Sot, the second fatal accident in recent weeks involving immigrants.

The Ministry of Transport of Thailand said its goal was to reduce the number of traffic accidents by 7 percent during this Songkran festival.

Emergency responders doubt that the latest security campaign has much impact.

"These campaigns are quite isolated and mainly just for shows," said Marko Cunningham of the Bangkok Free Ambulance Service, a voluntary ambulance organization.

"Thais know the laws and still break them," he said. "I've always said that the main problem lies in the application."

Elephants and people play with water during the celebration of the Songkran Water Festival, to commemorate the New Year of Thailand in Ayutthaya, Thailand, on April 11, 2018. REUTERS / Jorge Silva [19659015] Amy Sawitta Lefevre's Report ; Edition of Darren Schuettler