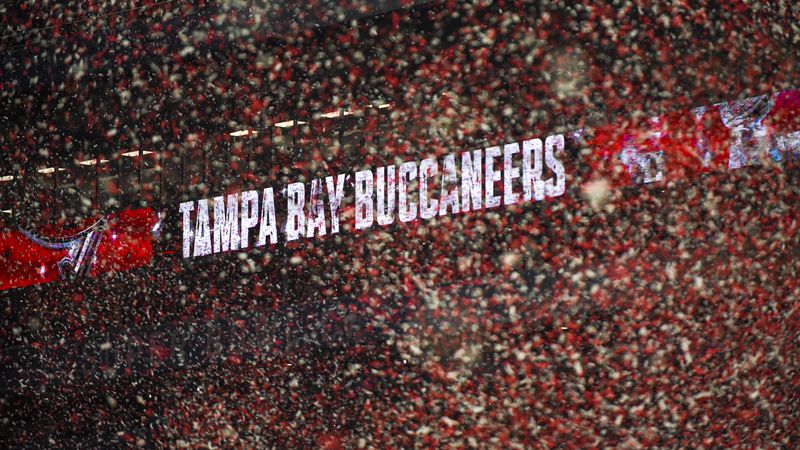 TAMPA – They are the defending champions of the Super Bowl. They have quarterback Tom Brady looking for his eighth Lombardi Trophy, whether he throws it over the Hillsborough River or not.

“When we said, ‘Let’s go for two’ at our parade, we meant it,” Bucs coach Bruce Arians and general manager Jason Licht said in a joint letter sent to season pass members.

It also means that you will pay more if you want them to.

The Bucs are raising ticket prices for season pass holders by 10 to 45 percent for the 2021 season, based on invoices that were mailed with that letter from the Bucs’ coach and GM.

The Bucs increased season ticket prices by 15 percent due to high demand in 2020 after signing Brady. In fact, some fans waited over an hour behind another 5,000-6,000 to order seats.

However, the higher increase reflects the elimination of around 3,000 seats at level 300 that used to be offered at half price to young people.

“2020 was a magical season for our fans and organization that began with the arrival of Tom Brady along with Rob Gronkowski and many other top free agents and concluded with a historic Super Bowl 55 victory at home at Raymond James Stadium,” he said Brian Ford, director of operations for Bucs.

“Over the past few seasons, we have invested more than $ 150 million in renovations to Raymond James Stadium to ensure it remains one of the nation’s premier NFL stadiums. Along with those major enhancements, we also routinely review our ticket prices to ensure our members receive unmatched value and that we are aligned with pricing models across the league.

“Despite a marginal price increase for 2021,” Ford continued, “we continue to offer one of the most affordable average ticket prices in the NFL, with access to games starting at $ 40.”

Due to the pandemic, the Bucs’ home games were played before a limited number of fans last season, capacity at Raymond James Stadium reaching 15,600.

In their letter to season pass members, Arians and Licht said winning a Super Bowl during a pandemic was a “daunting task.”

The Bucs are hopeful their fans can fill the 65,000-seat stadium. Of course, this increase may seem modest compared to Bucs’ secondary ticket market next season.

“Now we are focused on the highly anticipated 2021 season, when Raymond James Stadium will once again fill up with our great fans and provide the kind of home advantage that our team desperately lost for much of last season.

“Enjoy this feeling in Tampa Bay.”