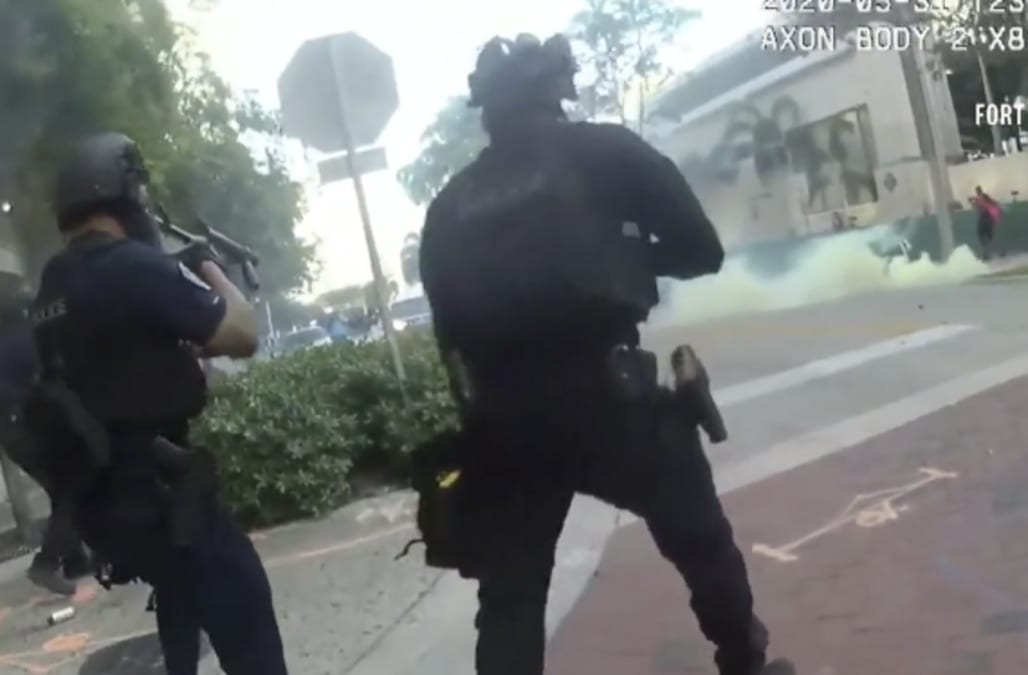 Fort Lauderdale police released images showing officers laughing and celebrating after shooting protesters with rubber bullets during a protest in late May against police brutality.

The South Florida police department released nearly 9 minutes of body camera footage on Wednesday in response to a Miami Herald story that was accompanied by a 2-minute clip of the images the Herald obtained through a request for public records.

The Miami Herald reported that the recording was from the body camera of a Fort Lauderdale officer during a protest on May 31, following the murder of George Floyd in Minneapolis.

“Hit him, little boy,” an officer can be heard saying after firing projectiles at a protester. The protester appears to have fired tear gas at the police and is walking away.

Later, an officer asked another if his body camera was turned off, and the second officer incorrectly said yes.

“Did you see me fuck those mothers?” one of the officers says in the video.

“I got the first one,” replies the other officer, while the two officers laugh.

The department said it is conducting an 8,000-minute review of body camera images, including the May 31 protest, but is defending the officers involved in the video first published by the Miami Herald.

“The Herald story shows just two and a half minutes of an 8-minute, 43-second video. The entire video clearly demonstrates that our officers were attacked by a group of people who chose to use violence instead of peace to antagonize the situation. Although the language is extreme and offensive to some, our officers were dealing with the chaos of a developing situation, “Fort Lauderdale Police Chief Rick Maglione said in a statement.

A Fort Lauderdale police officer who was caught in a video that appeared to push a kneeling protester during the same protest was charged with assault earlier this week.

Ricardes Puisse, suspected of murder, found in forest for five years after disappearance