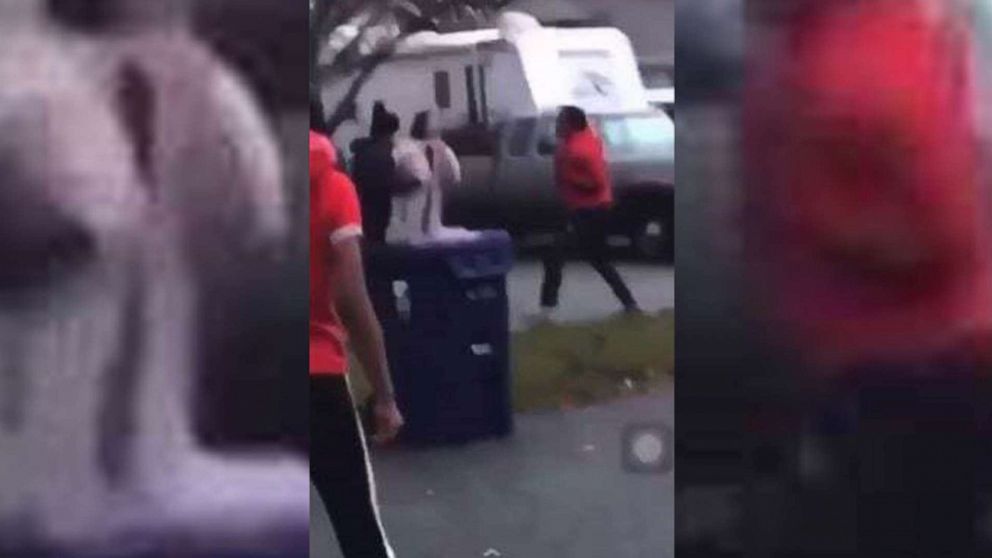 The 15-year-old suspect was charged with second-degree assault.

A 15-year-old was arrested for allegedly assaulting an Asian couple in an attack captured on video in Washington state.

The Tacoma Police Department announced Friday that a male teenager was arrested and charged with second-degree assault in connection with the attack on a Korean-American couple on November 19, 2020.

Video of the attack, where the teenager appears to repeatedly hit a 56-year-old Asian man, while the woman with him looks frantic, circulated on social media recently. The suspect was 14 years old at the time, according to KOMO, a local ABC affiliate.

The arrest comes amid a series of escalating attacks on Asian Americans.

Police said they received a report on the video of the attack on March 31 and asked the public for information about the incident.

On Thursday, a relative of the victims in the video contacted police, authorities said.

The victims were unaware that video of the assault was recorded, police said.

Investigators used the video to identify the suspect and realized that he was scheduled to appear Friday for a detention review hearing on an unrelated robbery charge and was detained by officers in court, police told KOMO.

The attack on the Asian couple was not immediately classified as a hate crime. The suspect has not been identified because he is a minor.

From March 19, 2020 to February 28, 2021, there were more than 3,795 hate incidents, including verbal harassment and physical assault, against Asian Americans and Pacific Islanders in the United States, reported to Stop AAPI Hate, a nonprofit organization that tracks such incidents.

On March 16, a gunman killed eight people, including six Asian women, in three separate shootings at spas in the Atlanta area.

The attack and other acts of violence against the Asian community have sparked demonstrations in dozens of American cities in recent weeks calling for an end to anti-Asian violence.