Warren Buffett’s Berkshire Hathaway Has $ 8.3 Billion Plan To Prevent Texas’s Next Energy Crisis And Make Money In The Process 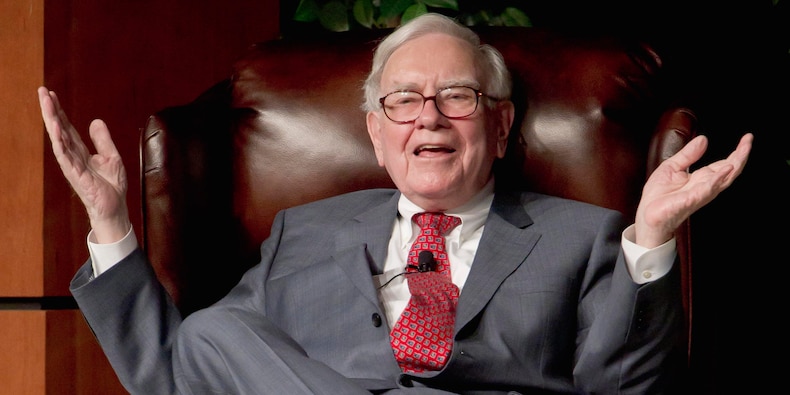 Warren Buffett’s Berkshire Hathaway has a plan to prevent Texas’ next energy crisis and earn billions of dollars in the process.

Berkshire’s power unit is pitching the idea after winter storms destroyed dozens of Texas power plants in February. The blackout left more than 4 million people in the dark, caused food and water shortages and caused more than 100 deaths.

The Berkshire reserve would invest $ 8.3 billion in new power generation, the Dallas Morning News said. It would build 10 power plants across the state by November 2023, with one week of natural gas storage on site in the event of supply disruptions.

The initiative would add about 10 gigawatts of generation to the state power grid, or at least half of the supply cut last month, Chris Brown, executive director of Berkshire’s energy infrastructure unit, told the Dallas Morning News.

Brown described the proposal as “blackout insurance,” an appropriate label given that Berkshire owns several insurance companies, including Geico and National Indemnity.

Berkshire would back its program with a $ 4 billion guarantee, meaning Texas would keep that sum if the reserve does not deliver on its promise. However, Texans would finance the project through higher energy bills, in the same way that regulated utilities recoup their infrastructure expenses.

Buffett and his team want to recoup their initial investment and earn a 9.3% annual return, the Dallas Morning News said. They claim their emergency backup would be cheaper than upgrading the power grid to withstand cold weather or disrupting the state power market to generate excess capacity. However, Berkshire’s guaranteed return would be unique in a competitive market.

Berkshire executives were in Austin this week to pressure lawmakers as their plan would require a vote by the state legislature, the Dallas Morning News said.

Chris Bloomstran, a veteran Berkshire investor and head of Semper Augustus Investments, suggested the deal could appeal to Texas authorities in a tweet thursday. “Political, but a $ 4 billion bail guarantee will be hard to beat,” he said.

Berkshire’s desire to guarantee a return is not surprising, as Buffett is famous for doing everything he can to avoid losing money.

For example, when Berkshire bailed out Goldman Sachs in 2008 and Bank of America in 2011, Buffett demanded preferred shares that paid substantial dividends, as well as stock guarantees that would allow him to buy more shares at a fixed price in the future.