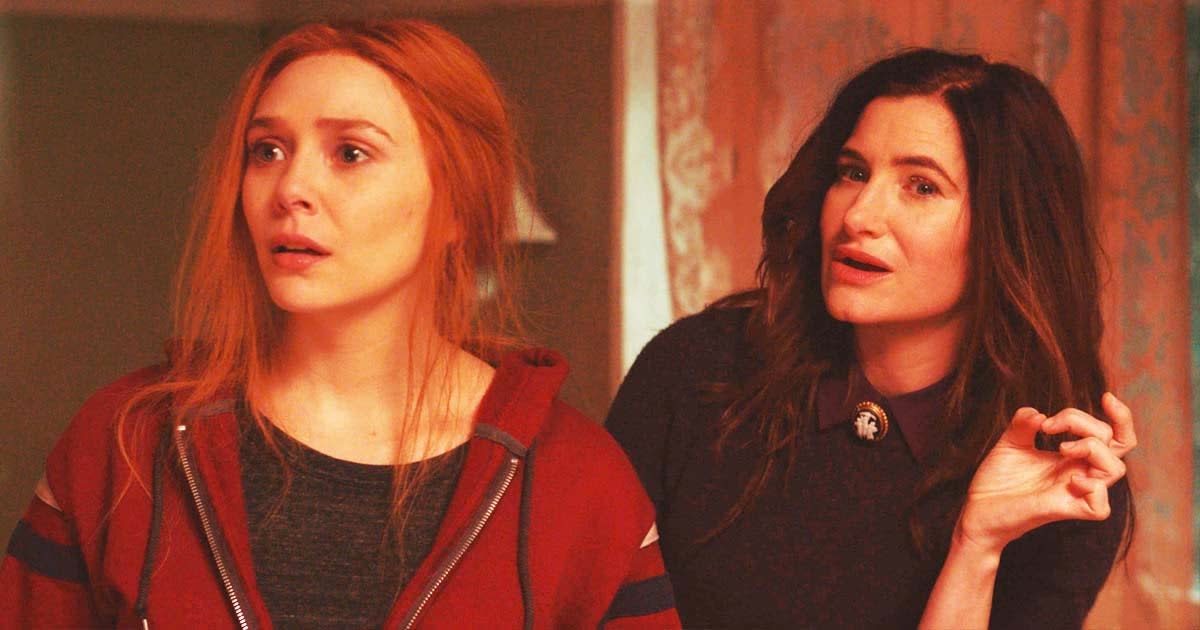 I like it WandaVision. I think it’s a bit slow and maybe there less going from what we have been led to believe. But I dont care. The actors are amazing, and the show is a basic version of the weird. Imagine it’s the ’90s and the Disney Channel airing a David Lynch-style television show featuring superheroes from Marvel Comics. You can not imagine. We are very fortunate to live in the time that we do that such bizarre pieces of the pop culture trade can exist, even if it is a little disappointing at times. I’m not sure WandaVision it represents progress, but it is different. But that doesn’t mean I want my 4-year-old to accidentally watch an episode.

This is obvious. Little children can’t look WandaVision. Partly because if you are a young child, the show is very boring. I imagine that even for some Marvel fans who see the scene where Cap gets Thor’s hammer in slow motion, WandaVision it’s a little bit slow. But that’s not my point here. My point is that with the recent Anges / Agatha Harkness revelations, the show is downright terrifying. This is not something Hocus Pocus shit, this is dark as hell. Will Agatha be burned at the stake by her own mother? Will you strangle Wanda’s children to death? It’s all there on the cover of Disney +.

I never thought of creating a kids profile for my 4 year old on any of our streams, because I usually have the remote so I’m not worried. But today while we lit some Doc McStuffins On Disney +, my son briefly had the Roku remote and was about to sail into the land of nightmares from the most recent episode of WandaVision. This is not Disney’s fault. I should have created a kid-only profile on Disney + a long time ago. But then again, since Disney + is driving DISNEY crazy, a part of me thought I never needed to do that. But it does. Do it now.

I knew Disney + had the Star Wars movies – movies in which people have their limbs cut off all the time and are often tortured by both their parents and, more recently, their grandparents. Star Wars is cool, but again, I don’t want my 4 year old to see Revenge of the Sith. This morning the near accident with WandaVision It was a wake-up call.

So that’s it, just a quick public service announcement from one lazy parent to another. Create a profile for children on Disney +! Even if your child is very young! Use it! That way we won’t have to worry about Agatha Harkness haunting our young children’s nightmares. That hospital where Doc McStuffins works is scary enough.

Here’s our guide to Disney +.

The ‘WandaVision’ post is a good reminder to create kid-only profiles on Disney + appeared first on Fatherly.